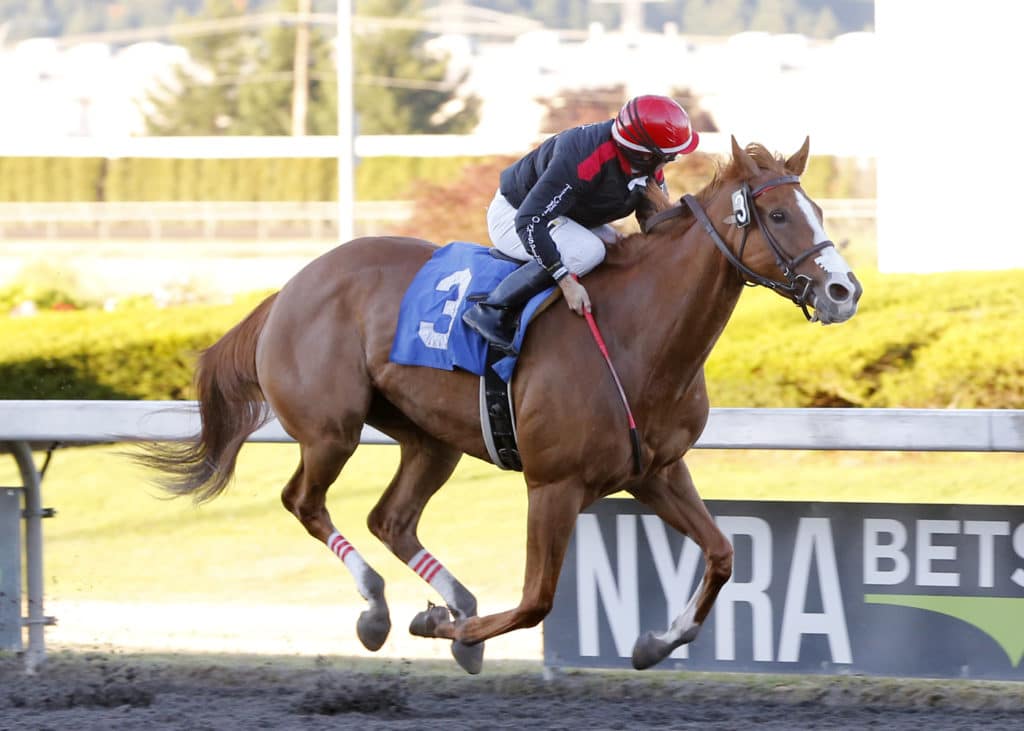 Guardian One and Gary Wales

AUBURN, Wash. (July 7, 2018) – Guardian One shook off Winninginfashion into the stretch and held off Exit Sixty Slew through the lane for a four-length victory Saturday in the $11,200 Muckleshoot Casino Purse for older fillies and mares.

With the victory, Guardian One joined Rojo Bou Peep, Daytona Beach, Will Not, and Curious Rumor as three-time winners at the meet. The versatile mare has won twice at six furlongs and once at a mile.

Exit Sixty Slew, the even-money favorite ridden by Julien Couton, slipped through inside in the last turn and made a steady bid through the lane. A 5-year-old Abraaj mare, Exit Sixty Slew is 5-3-1 in 11 career starts at Emerald Downs. 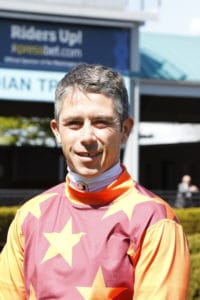