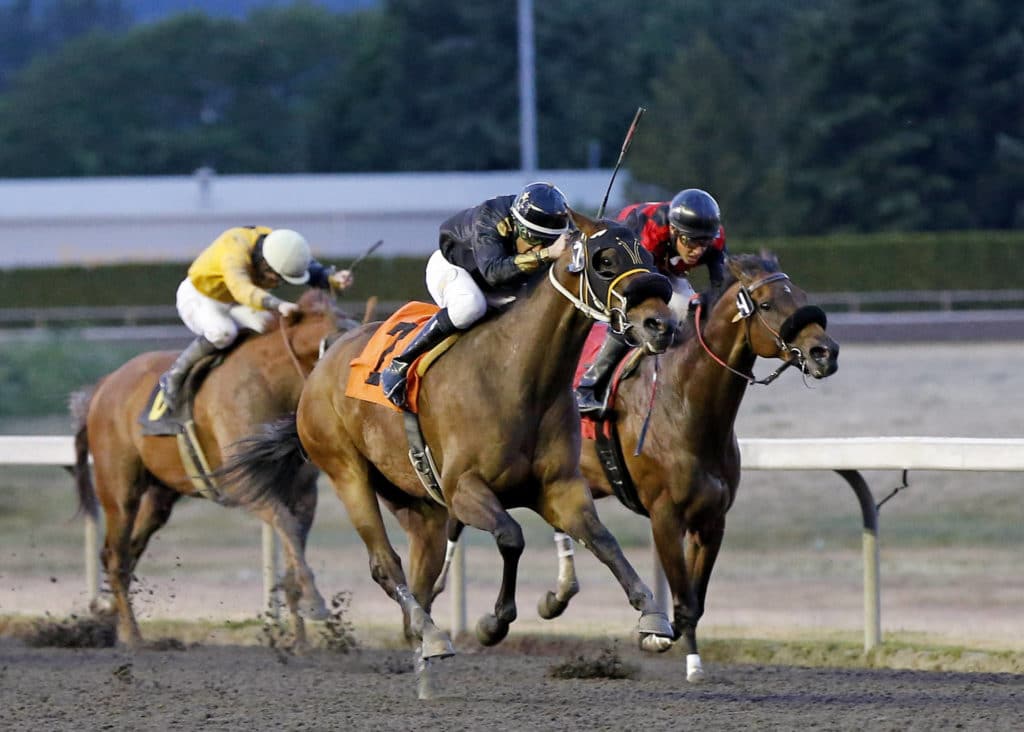 Double A. Prospect (No. 7) and jockey Lorenzo Lopez

A 4-year-old Abraaj gelding, Double A. Prospect stalked Calex and Salty Minnow through the second turn, angled out into the lane and out finished Calex in a stretch-long battle. The Washington-bred winner is 3-1-3 win 13 starts with $37,197 in earnings.

Calex, bidding for his 15th career victory and eighth at Emerald Downs, tried to carry his speed gate-to-wire, but was out finished by Doube A. Prospect and held off Uzta Have Money for second. Ridden by Kevin Orozco, the runner-up paid $3.20 and $2.60.

Uzta Have Money, with Anne Sanguinetti riding, finished third and paid $4.40, while Hot Bobby, Salty Minnow and Hill Croome completed the order of finish.
There’s No Doubt was scratched earlier in the day.