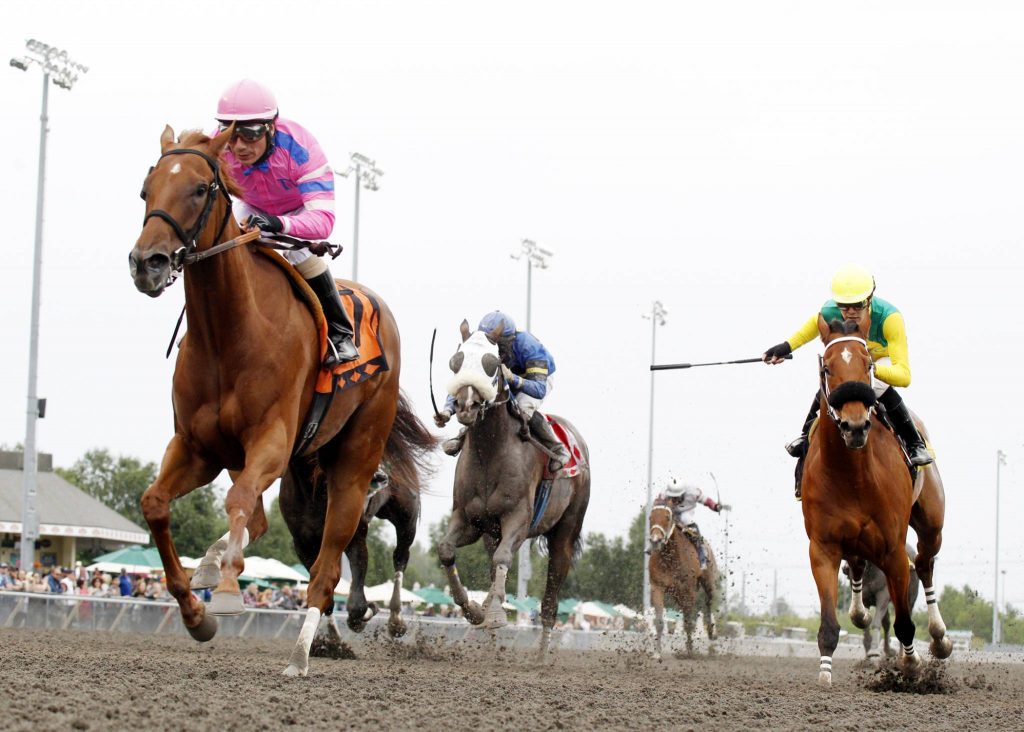 Ridden by Javier Matias at 119 lbs, Profound Moment zipped 6 ½ furlongs in 1:14.90 and paid $6, $3 and $2.60. Mike Puhich is the winning trainer for co-owners Dr. Mark Dedomenico of Redmond and Mike Waters of Seattle.

For Waters, last year’s co-leading owner at Emerald Downs, it was his first stakes win, and interviewed in the winner’s circle said, “This is awesome. I’m speechless.”

A 4-year-old Kentucky-bred by Haynesfield, Profound Moment began her career at Emerald Downs with a 13-length maiden win last year. She shipped to the Midwest this year and scored a pair of six-furlong allowance wins at Oaklawn Park before finishing fifth in a mile and one-sixteenth allowance at Churchill Downs last month.

“(Trainer) Jack Van Berg did a great job with her all year long and she came back to Washington in great shape,” Puhich said. “And I want to say it’s great that Mike Waters got his first stakes win.”

Winner of the Hastings Stakes last month, Citizen Kitty, with intense pressure from Profound Moment, led through fractions of :22.82 for the quarter-mile and :45.21 for the half. Profound Moment attacked from the outside, and the two raced head-and-head to mid stretch when Profound Moment finally got the better of Citizen Kitty and edged away for the victory.

Perhaps a Pie, with Kevin Orozco riding at 119 lbs, rallied from last to finish third and paid $3.40, while Protective Shield, defending champion B C Z Middleton, Princess Kennedy and My Heart Goes On completed the order of finish. 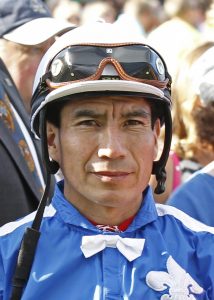 NOTES: Matias has two stakes wins this season and is No. 5 all-time with 30 stakes wins at Emerald Downs. Matias rides 2-to-1 morning line favorite Barkley in Sunday’s $50,000 Budweiser Stakes for 3-year-olds and up. . .Puhich, Dedomenico and Waters, meanwhile, team up with 5-to-2 second choice Prime Engine in the Budweiser, with Scott Stevens coming in to ride. . .Hello Brown ($7) and Rockport Birdie ($5) became the meet’s fourth and fifth three-time winners with victories in Saturday’s first and third races. An 8-year-old Marino Marini gelding, Hello Brown has 13 career wins and is 3-1-0 in five starts this season. A 6-year-old Rockport Harbor mare, Rockport Birdie has seven career wins and is 3-0-1 in four starts at the meet. . .Trainer Frank Lucarelli finished one/two with Sugarseeker ($11.40) nosing out Madame Clouet in Saturday’s eighth race for $10,000 claiming fillies and mares. Lucarelli now has 888 career wins at Emerald Downs and gaining on Tim McCanna’s track record 921 wins. . . Tom Harris, the voice of Sam Houston Park and Portland Meadows, announced Saturday’ second race won by Alittle Bit Parker ($3), a Parker’s Storm Cat filly that accounted for nearly 90 percent of a $15,309 show pool. . . .Rocco Bowen, Kevin Orozco and Isaias Enriquez each rode two winners Saturday, and Bowen leads Orozco 55-29 atop the standings. . .Blaine Wright saddled Maurice Code ($9.80) to a win in race four and has wins on five of the last six cards. . .Former University of Washington and Tennessee Titans quarterback Jake Locker visited Emerald Downs Saturday. . .And former University of Washington running back Junior Coffey saddled his first winner of the meet and his 169th at Emerald Downs as Betdesilvergold ($5.20) cruised gate-to-wire in the Saturday nightcap. . .Live racing continues Sunday with first post 2 p.m.