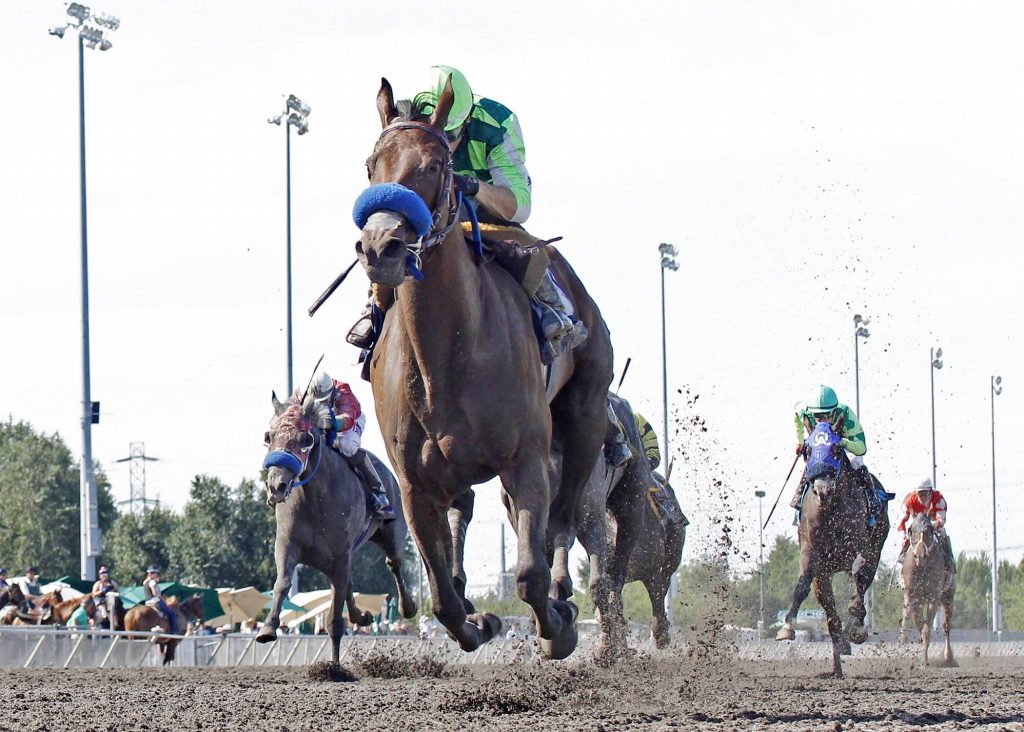 AUBURN, Wash. (June 25, 2017) – Lightly-raced Top Quality made a looping move to the lead and poured it on late and scored a sharp 3 ¾-length victory over Blazinbeauty in the $50,000 Irish Day Stakes for 3-year-old fillies Sunday at Emerald Downs.

Top Quality’s winning time was just shy of the stakes record 1:34.74 set by Stopshoppingdebbie in 2013.

Sunday’s race was only the fourth career start for Top Quality, a Kentucky-bred daughter of Quality Road who sold for $280,000 at the 2015 Keeneland September Sale. Her previous three starts were in California with trainer Simon Callaghan, including a maiden special weight victory June 3 at Golden Gate Fields. Her overall record is 2-0-0 in four starts with earnings of $43,790.

Blazinbeauty, ridden by Isaias Enriquez at 119 lbs, rallied to finish second and paid $4.20 and $3.20. The gray daughter of Tale of Ekati now has a second and two thirds in the first three stakes in the sophomore filly division.

Retreat Yourself, ridden by Javier Matias, nosed out Reginella for third and paid $4.60 to show.

Risque’s Legacy, the 9-to-5 betting favorite, led through six furlongs in 1:10.97, but gave way under high weight of 123 lbs and finished eighth. Winner of the Kent Stakes last month, Risque’s Legacy is 3-1-0 in five career starts.

Top Quality raced in fifth place as Risque’s Legacy set the pace under heavy pressure from Sheeza Sassy Girl. The winner rallied four wide on the turn, gained the lead into the stretch and drew off to win with authority.
“When I asked her, she exploded,” Gutierrez said of Top Quality. “I hadn’t been on her in the morning, but she is a very nice filly.” 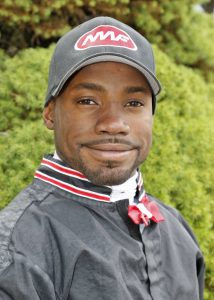 NOTES: Wright has now won two of the first three stakes for 3-year-old fillies; Peter Redekop’s Alliford Bay romped by 3 ¼ lengths in the May 7 Seattle Stakes. . .Wright and Gutierrez also combined to win the fourth race with Kiss My Lulu ($3.20). . .Wright tops the trainer’s standings in both wins (23) and stakes wins (3). . .Gutierrez is No. 3 all-time with 61 stakes wins at Emerald Downs, including a record four in the Irish Day Stakes. . .Rocco Bowen rode three winners and leads Kevin Orozco 61-32 atop the jockeys’ standings. Bowen’s win on That’s Your Story ($5) in race six was his 400th at Emerald Downs. He’s the 13th rider to hit that milestone. . .Luz Atticus ($5.60) helped give Bryson Cooper a happy 66th birthday with a 1:08.46 clocking for six furlongs in race nine for $10,000 claimers. Kay Cooper-Penney trains the 7-year-old gelding for Grasshopper Racing Stable. . .Veteran jockey Connie Doll guided Pure Brightness ($12.20) to a gate-to-wire victory in race two for Tom Grether Farms and trainer Robert Lawrence. A 3-year-old Washington-bred filly by Pure Prize, Pure Brightness has wins this year at Turf Paradise, Sun Downs and Emerald Downs. . .In race three, Chorizo Y Papas crossed the finish line first but was disqualified and placed second for impeding Gravel ($10.80) in the stretch run. . .Memphis Mobster ($3.80) made it two straight wins and 21 for his career with a victory in race five for jockey Leonel Camacho-Flores and trainer Rigoberto Velasquez. The 10-year-old California-bred gelding is 21-11-7 in 75 lifetime starts. . .Daz Lin Dawn ($2.20) was a 7-length winner in the $50,000 Emerald Downs Handicap for 3-year-old fillies at Hastings Racecourse, running 6 ½ furlongs in 1:16.58. . . .Live racing resumes Friday with first post 6:30 p.m.
–##–