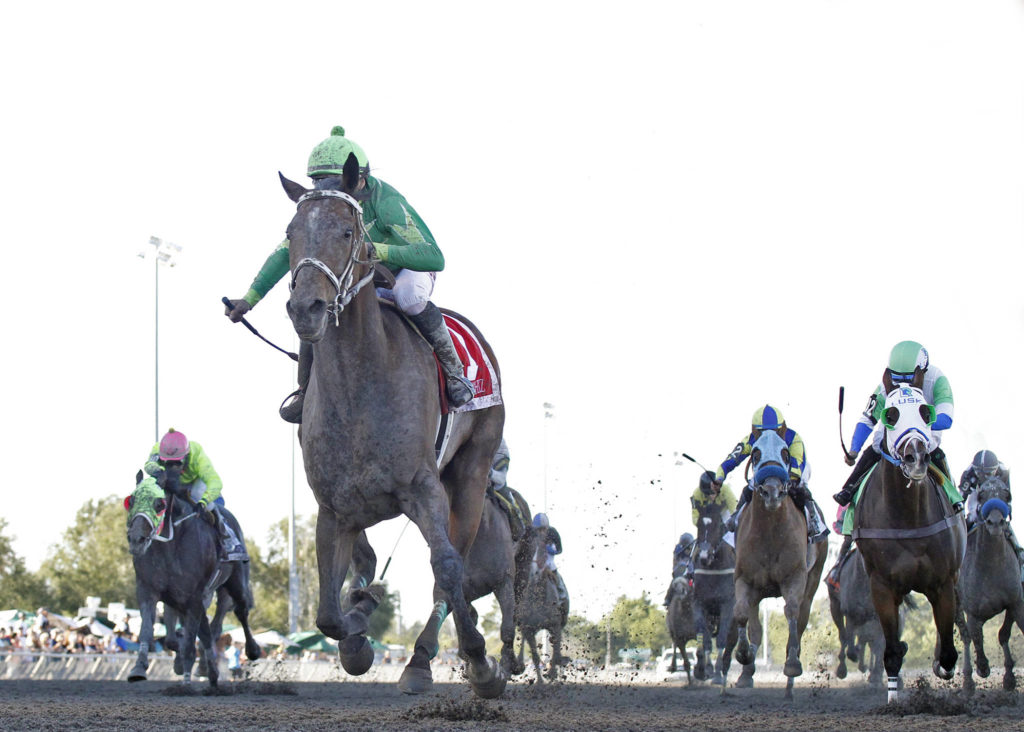 Slew’s Tiz Whiz is the 17th Washington-bred to be honored with the track’s top award and combined with the brilliantly fast Papa’s Golden Boy to deliver the first Washington-bred one-two Longacres Mile finish in 27 seasons at Emerald Downs.

A Kentucky-bred by The Factor, Lloyds Logic romped by 7 ¼ lengths in the $70,000 Gottstein Futurity and edged out double stakes winner Runnin Out of Days in the 2-year-old Colt & Gelding category. Aloha Breeze, also by The Factor, was 2-1-0 in three starts and delivered a 4 ¼-length triumph in the Barbara Shinpoch Stakes and is Top 2-Year-Old Filly.

Ten Broeck Farms’ Slack Tide is the meet’s Top 3-Year-Old Filly. Trained by Blaine Wright, the daughter of Shaman Ghost scored dominant victories in the Seattle Stakes and Kent Stakes and, attempting two turns for the first time, finished second to Tiz a Macho Girl in the $75,000 Washington Oaks.

Prospera  was voted Top Claimer, compiling a 4-1-0 record in five starts with earnings of $45,075. A 4-year-old Twirling Candy gelding, Prospera finished the season on a four-race winning streak including the last three with trainer Candi Cryderman and owner John Parker.

Jorge Rosales won his first Emerald Downs’ training title by a 36-29 margin over perennial powerhouses Blaine Wright and Frank Lucarelli. Rosales had been knocking on the door, finishing second in 2020 and third in 2021 and 2019. Wright led trainers with six stakes wins, the fourth time in six years he has led the category.

The yellow and black silks of John Parker monopolized the winner’s circle with 25 wins—third highest single-season total in track history. For Parker, fourth all-time with 175 wins, it was his fifth leading owner title in seven years.

Trainer Debbie Peery received the Martin Durkan Award for leadership and cooperation, and fellow jockeys voted Radke the Lindy Aliment Award for sportsmanship and accomplishment throughout the meeting.

Abraaj was the leading stallion with 20 wins, ending a run of eight straight titles by Harbor the Gold. 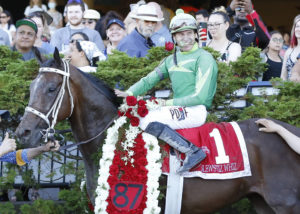 Emerald Downs Horse of the Meeting