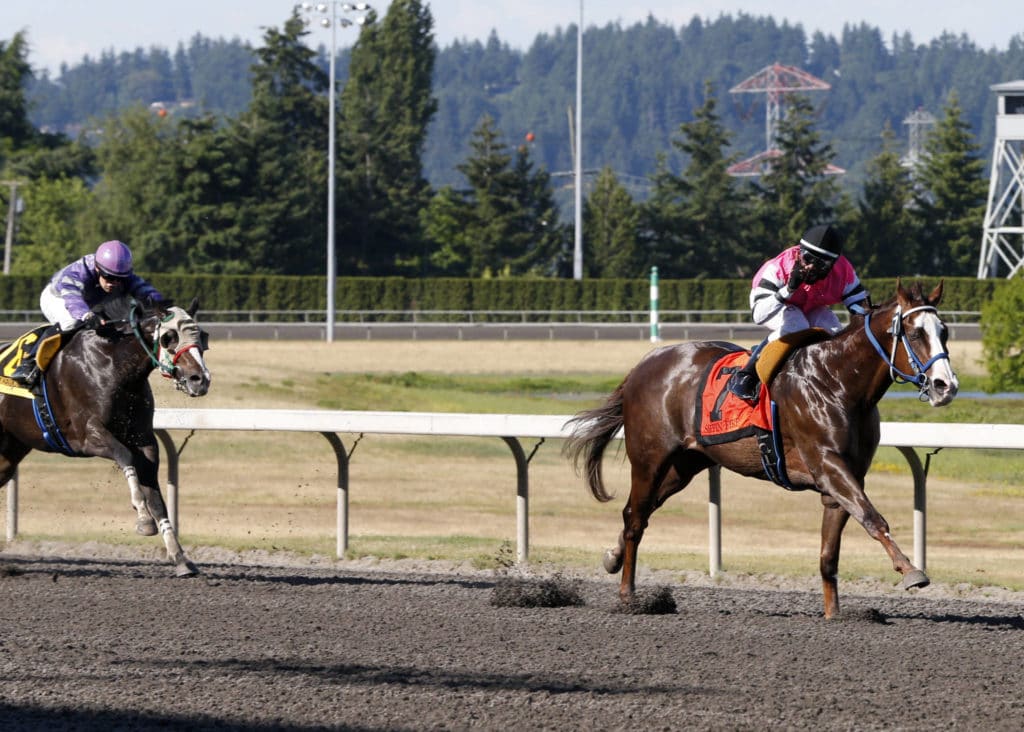 SIPPIN FIRE EXPLODES TO THE FORE IN COCA-COLA

A Washington-bred gelding by Harbor the Gold-Bahati, Sippin Fire is 3-1-0 in six career starts with earnings of $76,013, including $26,950 for Sunday’s victory. He now has two stakes wins—2017 Washington Cup Juvenile and 2018 Coca-Cola Stakes.

The victory made amends for a fifth place finish in last month’s Auburn Stakes, the gelding’s first start of 2018.

Breaking alertly from the outside No. 7 post, Sippin Fire stalked Freiburg around the turn, gained command three-wide into the lane and powered through the stretch to victory.

“Steve (Bullock), Lance (Bullock) and Abbie (Johnson) do an awesome job with this horse,” Bowen said in a jubilant winner’s circle. “I don’t want to take credit for the win today.”

Freiburg, improving rapidly for trainer Jose Navarro, was clearly second best and paid $9.40 and $5 for place and show. Ridden by Eswan Flores at 119 lbs, Freiburg set fractions of :22.75 and :45.35, and finished well after relinquishing command to Sippin Fire. 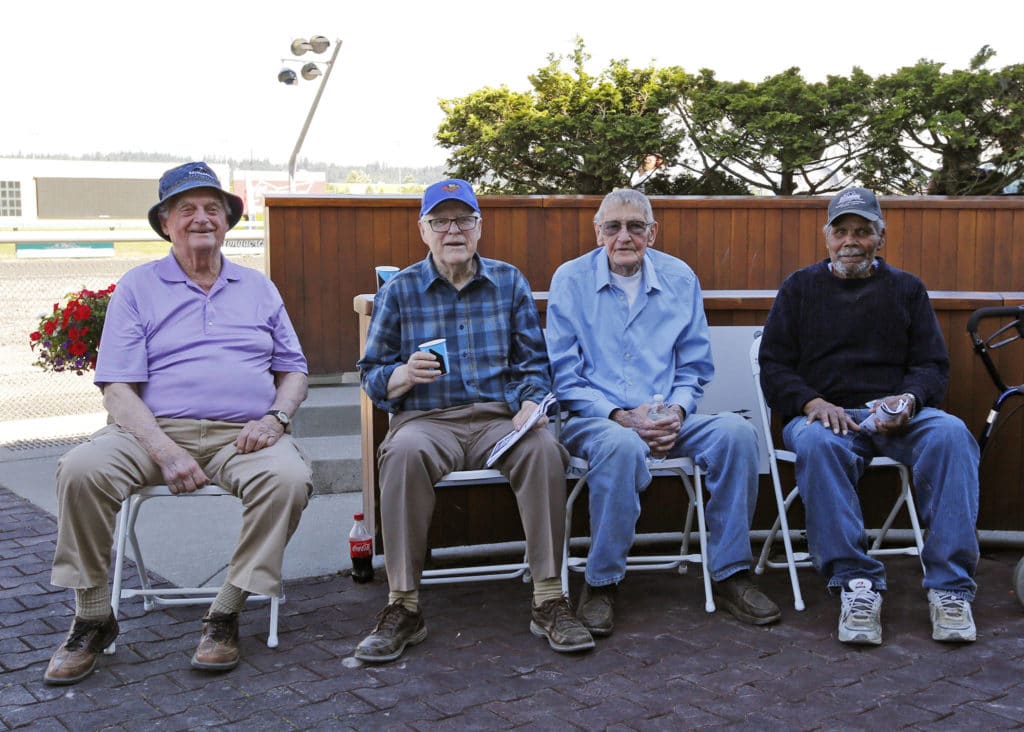 REGAZZE CAT WINS “NOT IN ANY ROCKING CHAIR”

The first ever “Not in any Rocking Chair Starter Allowance” was taken in gate-to-wire fashion by Regazze Cat in 1:09.45 for six furlongs.

It was undoubtedly the most unique race in Emerald Downs’ 22-year history. The field was limited to 3-year-olds and up which have started for a claiming price of $3,500 or less in 2017-18 and whose trainer was born on or prior to June 6, 1928. 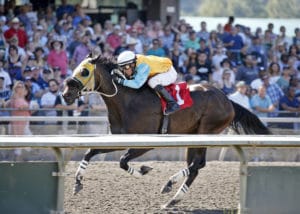 With Kevin Orozco riding, Regazze Cat (left) sprinted clear from the No. 1 post and held off a dogged challenge by 11-year-old Trelawny through the stretch for the victory. Regazze Cat has won two straight for owner/trainer Arboleda, who watched the race from the winner’s circle with his fellow nonagenarians.

“This was a lot of fun, I hope we can do it again,” Arboleda said. “I’m the oldest in the bunch, so it’s fun to beat the young guys.”

NOTES: Bowen is No. 6 all-time with 27 stakes wins at Emerald Downs, while Bullock is tied for No. 9 with 22 stakes wins at EmD. . .Blaine Wright saddled three more winners, including a one-two finish with Baja Sur ($10.20) and Helaman in the $18,500 maiden special for 2-year-olds. A Washington-bred by Smiling Tiger-Premo Copy, Baja Sur won by 5 ¼ lengths while covering five furlongs in :57.36. . .Bowen and Julien Couton rode two winners apiece on the 10-race card. . .2018 Portland Meadows Mile winner Grinder Sparkasglo ($16.20) rallied to edge Oh Marvelous Me in the $18,500 supporting feature for 3-year-olds and up. Ridden by Couton, for trainer Robbie Baze and owner Richard Sena, the 7-year-old Grindstone gelding ran 6 ½ furlongs in 1:15.15. . .Razor-sharp 5-year-old Iron Rob ($9.80) rallied from far back to win the $11,200 John Parker Racing Purse in 1:14.99 for 6 ½ furlongs. A star-studded field of older claimers included 2017 claimer of the meet Wine At Nine and 17-time Emerald Downs’ winner Mike Man’s Gold. . .2017 Longacres Mile winner Gold Rush Dancer finished off the board in Sunday’s $80,000 Siren Lure Stakes won by Bombard on the downhill turf course at Santa Anita. . .Racing resumes Friday with first post 6:30 p.m.