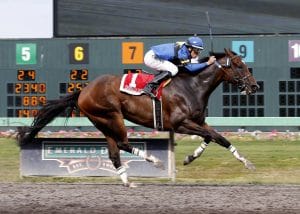 O B HARBOR SUCCUMBS TO COLIC

The 4-year-old Oregon-bred was resting at his off-season home near Yakima when stricken by colic, and Peetz said a necropsy revealed a twisted intestine.

“He had all the talent in the world and tons of heart,” Peetz said of O B Harbor. “He was the complete package and we loved him. It’s a terrible loss.”

The 6-to-5 betting favorite in the $200,000 Longacres Mile (G3), O B Harbor suffered his only loss of the season while finishing third to Point Piper and Cyrus Alexander, but not before rocketing thru some of the fastest fractions in race history—:22.66, :44.70, 1:08.76—and helping set the stage for Point Piper’s track and state record 1:32.90 clocking.