PAPA’S GOLDEN BOY ALL THE WAY ON CLOSING DAY

The fleet WA-bred led the entire 1 1/16 mile distance to win the 78th $50,000 Muckleshoot Tribal Classic for longtime trainer Vince Gibson. The 2022 Longacres Mile winner Slew’s Tiz Whiz (3/5 favorite) made a gallant charge down the lane to finish a neck back. Slew’s Tiz Whiz had bested Papa’s Golden Boy in both the Longacres Mile and Governor’s Stakes. 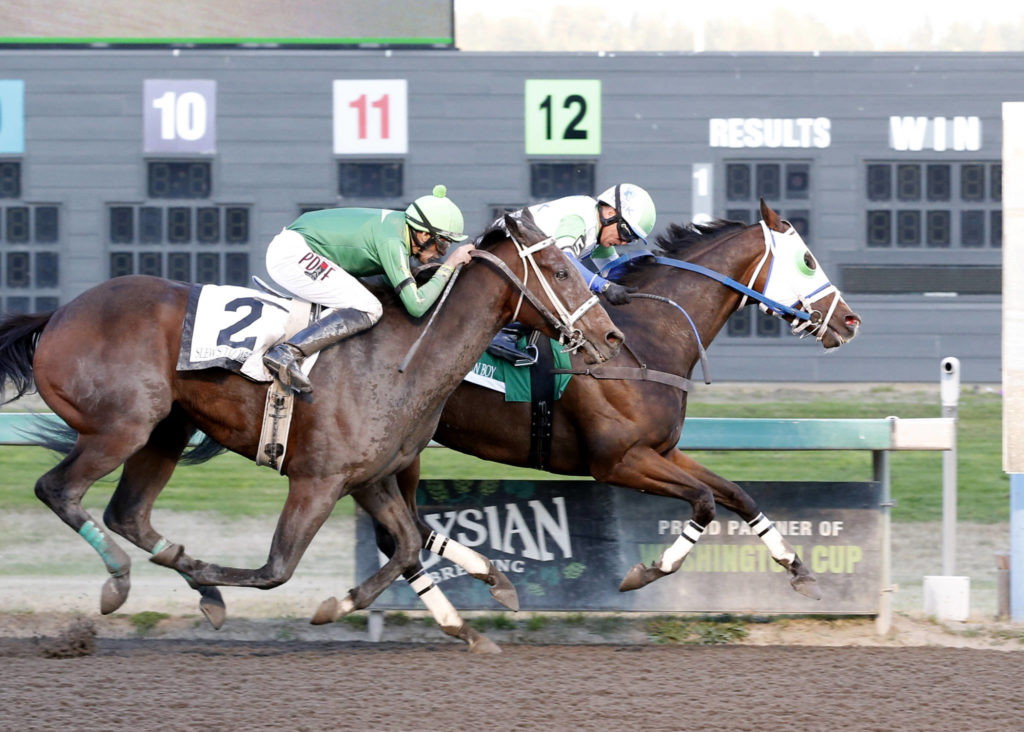 Papa dashed away early running the first 6 furlongs in 1:10-1, opening up a 5-length lead before the Tom Wenzel-trained Slew’s Tiz Whiz made his big rally down the stretch. Papa’s final clocking was 1:41.82. “I’m shocked. He held on all the way,” said owner Gary Lusk.

The 6-year-old, who is owned by Lusk Racing, paid $7.40 to win in his second stakes victory of the year and also had two runner-up finishes in added-money events.

The winner was ridden to victory by Kevin Radke who won two stakes on the card including the WA Cup Filly and Mare Stakes the race prior. “I did open up on them and when I went by the Big Screen TV, I knew they were not going to catch me today!”

With the victory Papa’s Golden Boy went over $200,000 in Emerald Downs earnings with eight firsts and five seconds from 21 starts.

BLAZINGBELLABLU TAKES CHARGE IN THE STRETCH

In just her second start of 2022, the Charlie Essex and Petra Lewis owned 4-year-old Blazingbellablu settled in third in the $50,000 Washington Cup Fillies and Mare Stakes presented by Freight NW.

When it got down to the final 100 yards of the 1 1/16 mile race, Radke went to work on the WA-bred as they surged past Zippin Sevenz and Alex Cruz to win by 1/2 length. Zippin Sevenz was the early leader and led into deep stretch for trainer Alan Bozell. She was a heavily backed second choice at similar odds of the winner (11/10).

Radke “I could have had those two (Zippin Sevenz and Brilliant Bird) at anytime down the backstretch,” Radke said emphatically in the Cutwater Winner’s Circle. 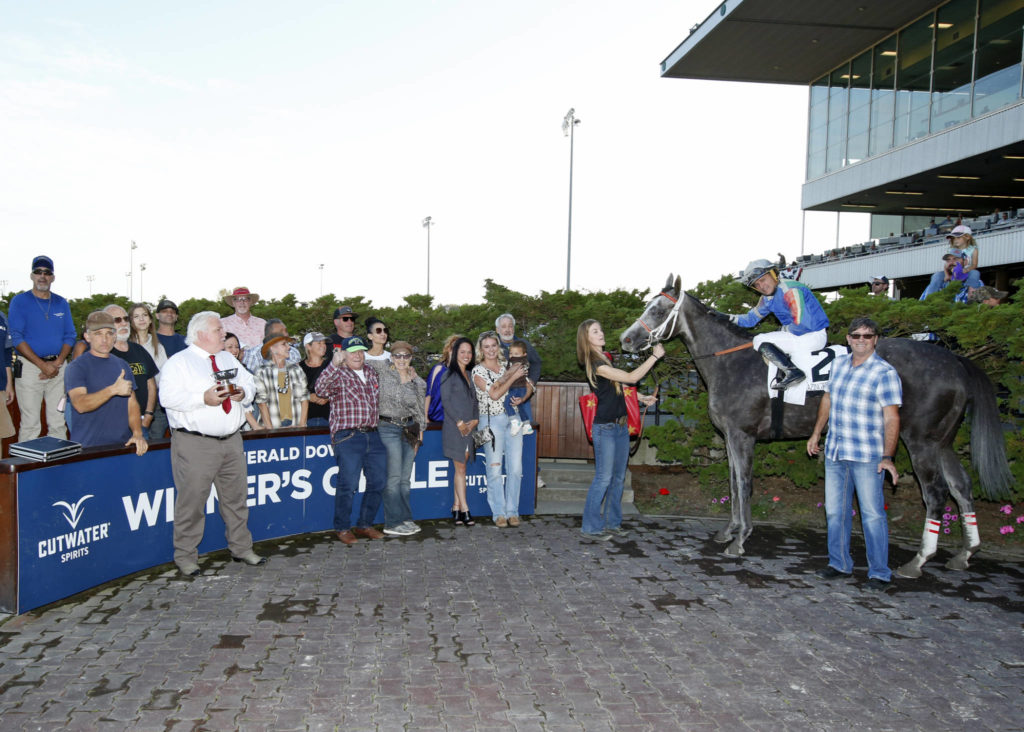