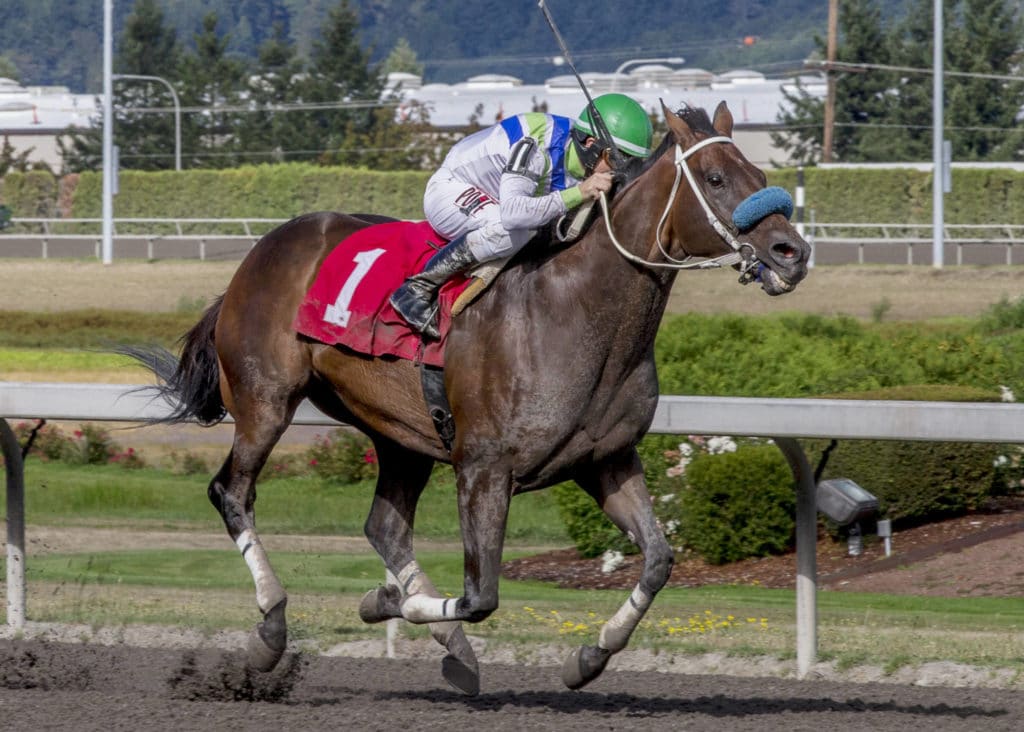 AUBURN, Wash. (Sept. 1, 2019) — Mike Man’s Gold surged past Cody’s Choice and Capital Expense in the final furlong of Sunday’s fifth race, and into the record book at Emerald Downs.

Powering home for a four-length victory in a $25,000 claiming race, 9-year-old Mike Man’s Gold became the track’s all-time leader in wins with 22, one better than West Seattle Boy.

Ridden by Gary Wales, Mike Man’s Gold ran 5 ½ furlongs in 1:03 and paid $6.40 to win. Joe Toye is the trainer and co-owner with Greg Conley and Chuck Conley of Redmond, Wash.

A Washington-bred by Liberty Gold-Chedoodle, Mike Man’s Gold is 22-5-6 in 51 starts at Emerald Downs, a career that fittingly began with a victory on July 7, 2012, and includes four stakes wins.

Wales, who has been up for all three wins this year, said he was a bit stressed before the race, but said he enjoyed a push-button trip sitting behind speedsters Capital Expense and Cody’s Choice.

“I felt a little pressure riding him today,” said Wales, the meet’s leading rider with 87 wins. “I didn’t want to disappoint Joe, Greg and Chuck, but once I slipped him outside, the rest was history.”

Toye and the Conleys have owned Mike Man’s Gold for his last 12 wins and reclaimed the gelding twice this season for $25,000.

“We enjoy him and we love him,” Greg Conley said. “Everyone at the track loves him.” 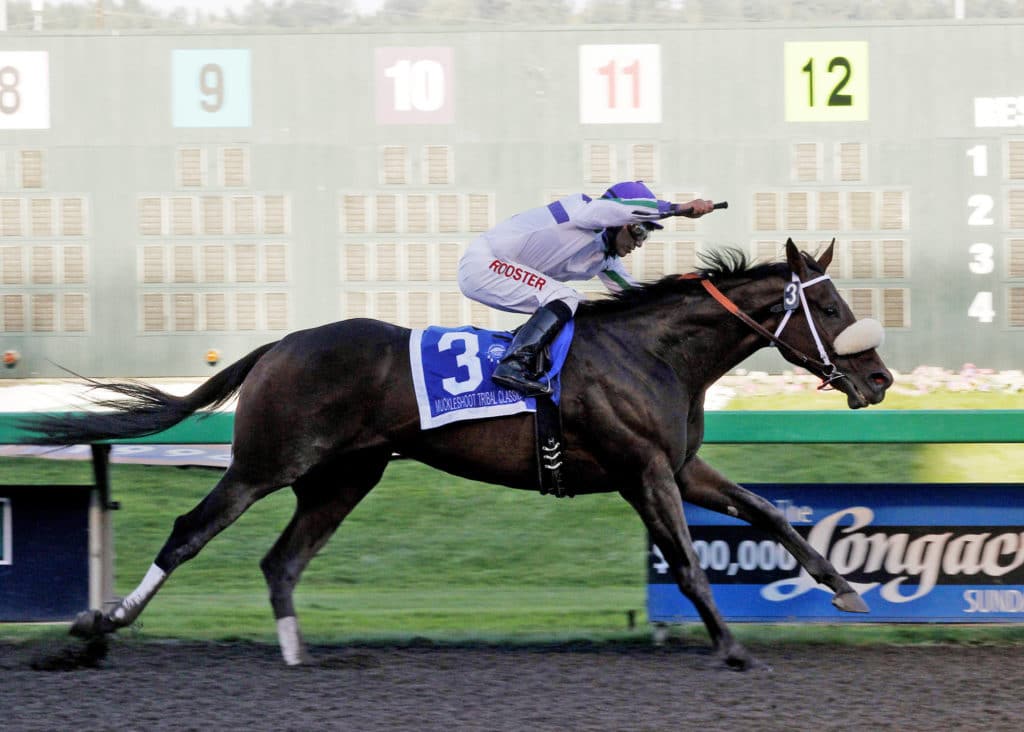 Breeders Keith and Jan Swagerty, who owned the gelding through his 4-year-old season and won four stakes with him, were on hand in the winner’s circle.

Said Joe Toye: “We are lucky to have Mike Man’s Gold, and thank you to the Swagertys for raising such a valiant horse.”