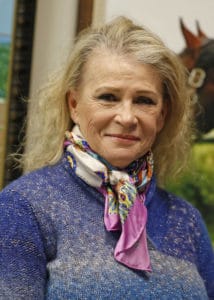 AUBURN, Wash. – When it comes to women’s achievements, ladies at Emerald Downs have more than held their own throughout the racetrack’s 26-year history.

So as the world celebrates International Women’s Day on Tuesday, March 8, this is the perfect time to recognize the extraordinary accomplishments of women at Emerald Downs. And remember, in Thoroughbred racing women trainers and jockeys compete head-to-head vs. their male counterparts.

By any measure, Doris Harwood has enjoyed a remarkable career. A former jockey, she reached the pinnacle of Washington racing—ranking No. 1 all-time in Emerald Downs’ stakes win (67) and enshrinement in the Washington Racing Hall of Fame. Noosa Beach, owned by her husband Jeff, won a record 11 stakes at Emerald Downs including the 2010 Longacres Mile. 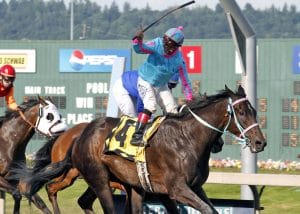 Harwood began at the bottom, cleaning stalls, but advanced with talent and hard work.

“When I was growing up, I had to muck about 10 stalls to ride one horse on Saturdays,” Harwood said. “When I got to the racetrack, trainers could see that I could gallop and that I also had no fear. There was no discrimination for me because I could do the job.”

“I worked as an assistant trainer for several good horsemen and always liked the routine around the barn. I learned a while ago that almost every horse teaches you something new.”

Harwood is among dozens of women who have enjoyed considerable success at Emerald Downs. 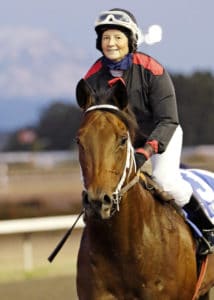 Jennifer Whitaker of Snohomish is the track’s most successful woman rider, ranking No. 9 in all-time wins with 514 and piloting Wasserman to a stirring victory in the 2008 Longacres Mile. Other women jockeys include: Debbie Hoonan, 11th in all-time wins (439); Chelsea Zupan broke the 100-win mark in 1997; Anne Sanguinetti and Kate Repp are multiple stakes winning riders, and Eliska Kubinova and Cassie Papineau each established single-season records. 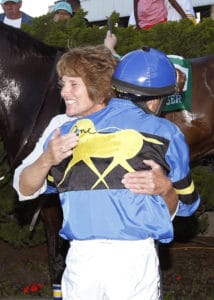 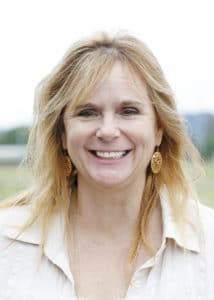 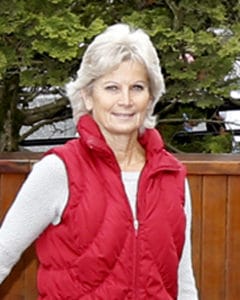