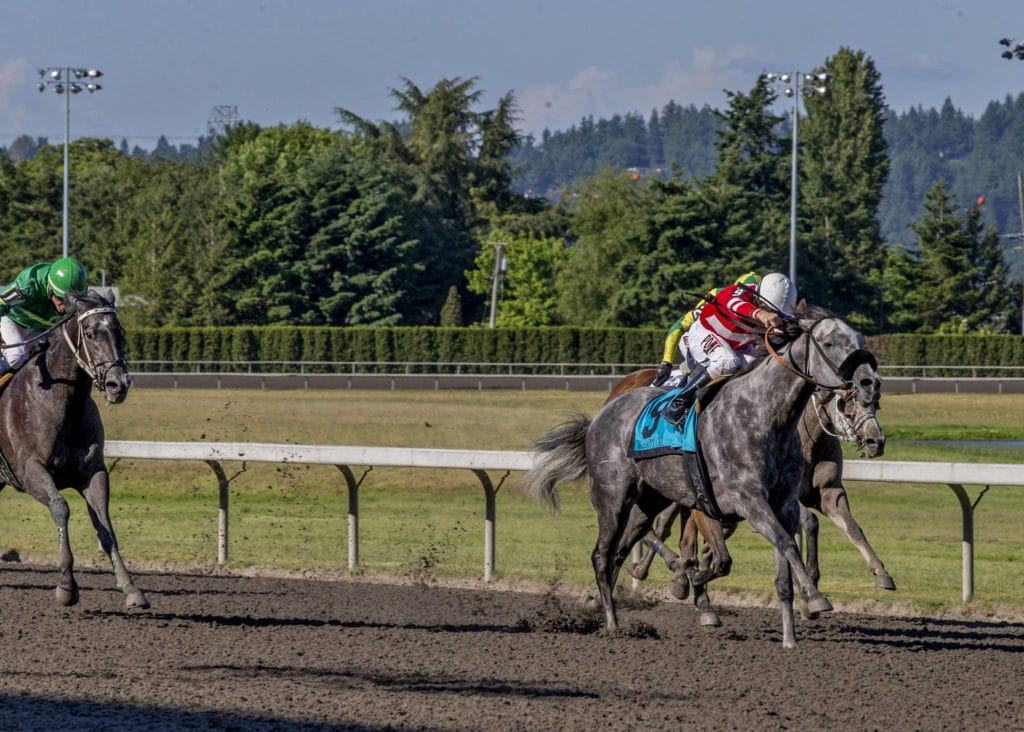 AUBURN, Wash. (May 27, 2019) – Ima Happy Cat opened a long early lead and held off a wall of closers for a one-length victory Monday in the $50,000 Hastings Stakes for fillies and mares at Emerald Downs.

Breaking from the No. 8 post-position, Ima Happy Cat rocketed to a three-length lead, setting splits of :21.48 and :43.63, and was two lengths clear past mid-stretch. She tired slightly late, but held off Bella Mia, Dontkissntell and Paddy’s Secret to prevail.

“She worked (five furlongs) in :58 under wraps the other day, and I liked our chances today,” said Wales, the meet’s leading rider with 18 wins. “She felt like a Cadillac on the backstretch. She’s a very nice horse.”

Already in 2019, Ima Happy Cat has two allowance wins on synthetic, a stakes victory on dirt, and a stakes placing on turf.

Bella Mia, ridden by Juan Gutierrez at 118 lbs, rallied from slightly off the pace to finish second, but was disqualified and placed fifth for interfering with Dontkissntell and Best of Me in the deep stretch.
Dontkissntell finished third, a head behind Bella Mia, but was promoted to second second place and paid $6.60 and $5.20. Ryan Barber rode Dontkissntell at 121 lbs.

Paddy’s Secret unleashed a late rail rally to finish fourth and was placed third via the DQ. Ridden by Javier Matias at 120 lbs, Paddy’s Secret paid $7.20.

Best of Me, the 9 to 5 favorite, finished fifth (placed fourth) and was followed in the official placings by Bella Mia, Always Enuff, No Talking Back, B C Z Middleton and Diamonds R.

Older fillies and mares reconvene for the $50,000 Washington State Legislators Stakes at 6 ½ furlongs on Sunday, June 23. 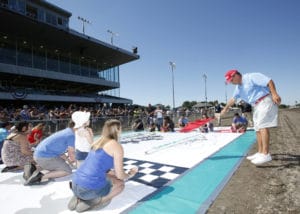 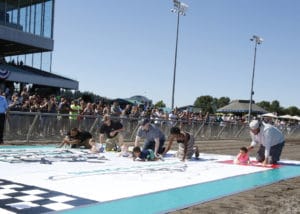 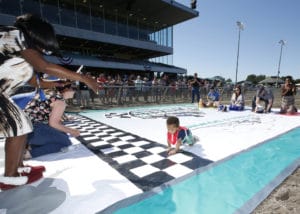 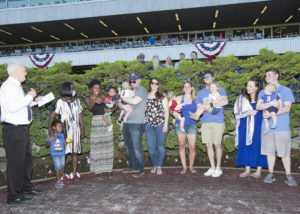