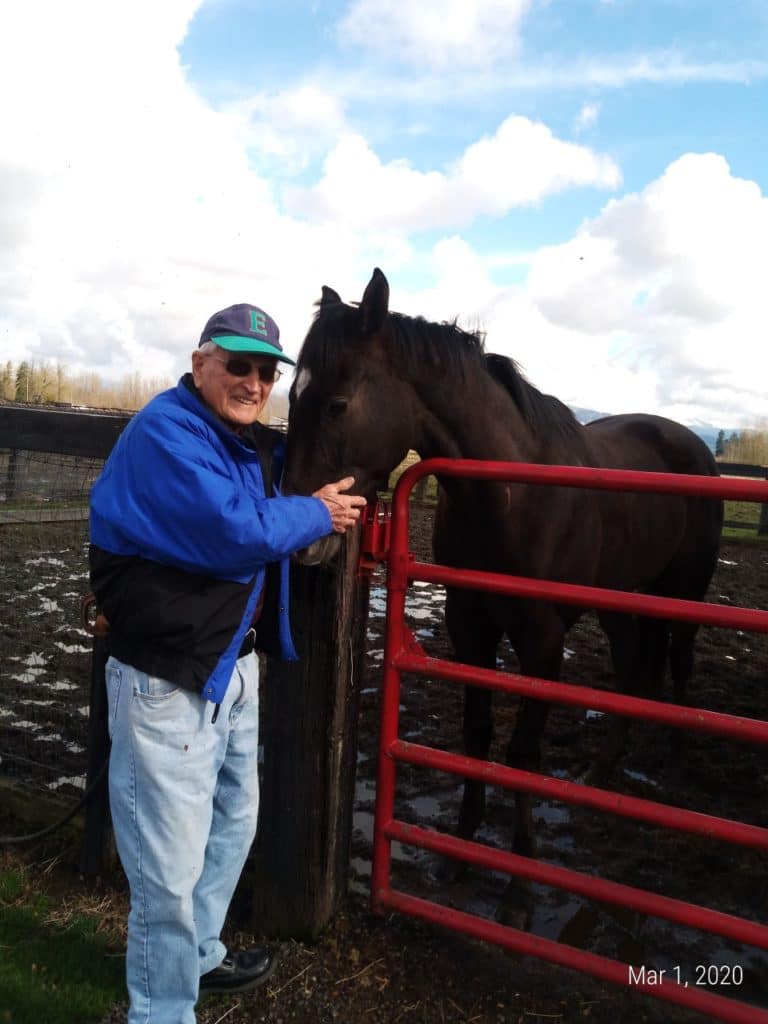 Longtime horse owner and lumber magnate Howard Hammer will celebrate his 100th birthday on Monday, May 4.

Hammer has owned and bred horses throughout the western United States and Canada for over a half-century. At Emerald Downs, the black and red silks of Remmah Racing have visited the winner’s circle 52 times since the track’s opening in 1996.

Born May 4, 1920 near Hood River, Ore., Hammer was one of nine siblings and was already milking cows before school at age 6. An extremely hard worker his entire life, Hammer later became one of Washington’s most prolific loggers and has owned several companies including Washington Loggers Corp., which at its peak employed some 160 people. Logging in Whatcom, Skagit and Snohomish counties, Hammer’s timber has been shipped worldwide including China, Japan and Korea.

Howard and wife Dee will celebrate his birthday at their residence in Stanwood.