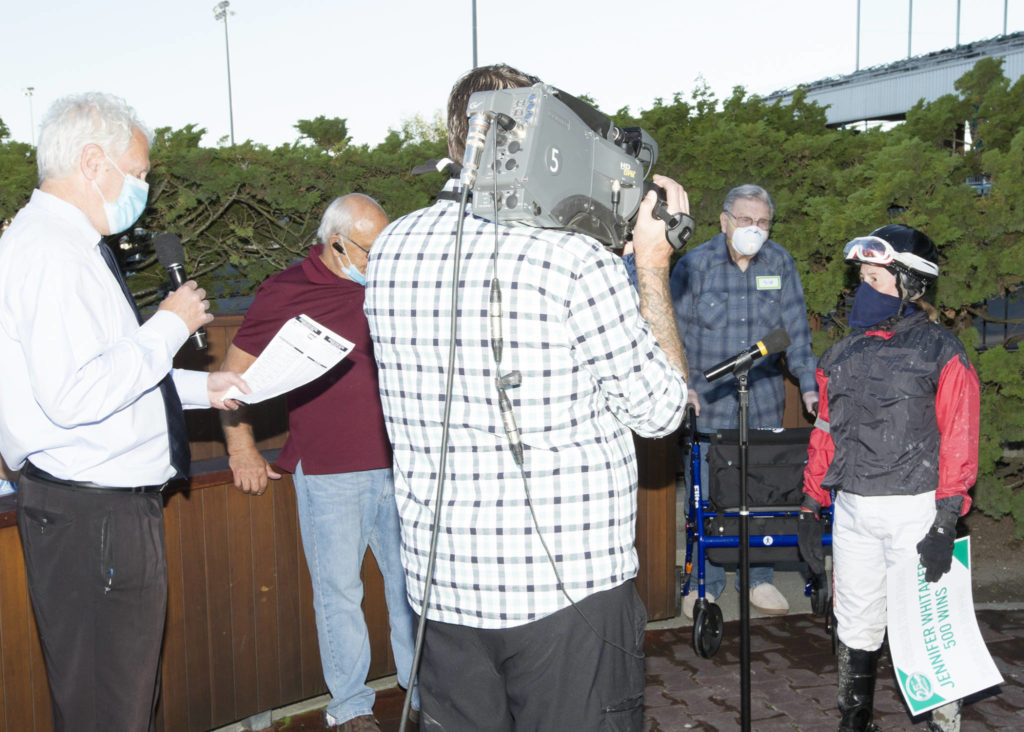 AUBURN, Wash. (Sept. 2, 2020) –Jennifer Whitaker rallied Mr Bingley past Last One Standing for a milestone victory in Wednesday’s seventh race at Emerald Downs. With the win, Whitaker became the first woman and only the 10th jockey overall with 500 victories at Emerald Downs.

Whitaker has been a mainstay at Emerald Downs for two decades. She rode her first winner here on April 27, 2000 and ranks No. 10 all-time with 21 stakes wins, including the 2008 Longacres Mile on Wasserman.

Of Whitaker’s 500 Emerald Downs’ wins, 362 have been aboard horses trained by Howard Belvoir, for whom she gallops every morning and is pretty much the barn’s assistant trainer. The two have clicked with several major horses over the years, including Wasserman, Mulcahy and Immigration, and last week they combined with first-time starter Dutton to take the $40,000 WTBOA Lads Stakes.

“(Howard Belvoir) is my mentor, I couldn’t have done any of this without him,” Whitaker said in the happy winner’s circle.

In the milestone victory, Whitaker and Mr Bingley pushed past Last One Standing in the closing yards to score by one length. “This horse runs good every time, he’s a good little horse,” Whitaker said. 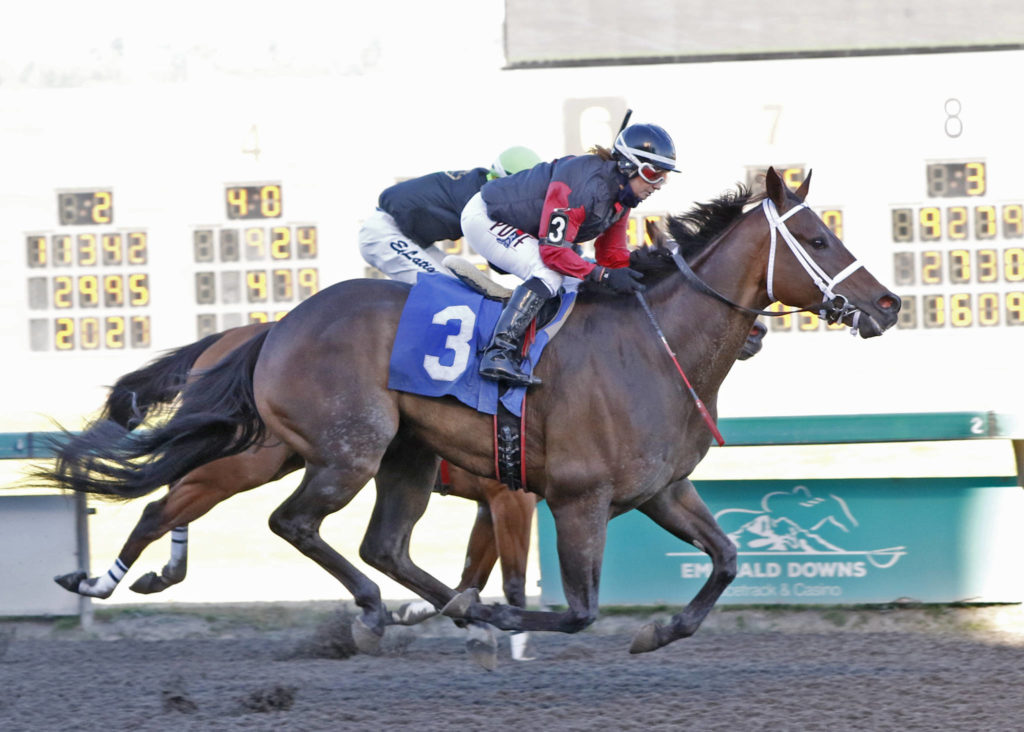 Whitaker and Belvoir will be busy again Thursday. They combine in four races including Muncey in the $40,000 Muckleshoot Derby and For You Only in the $40,000 Washington Oaks.