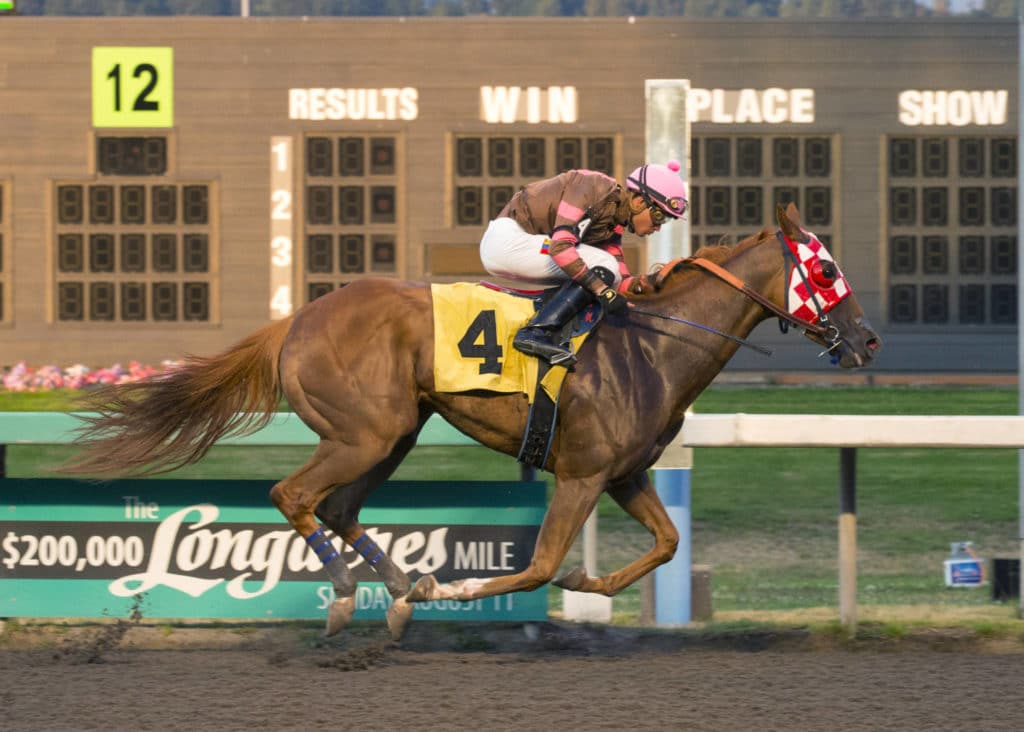 BEAU ROCKET ALL THE WAY ON FIREWORKS NIGHT

With Franklin Ceballos riding, Beau Rocket covered six furlongs in 1:10.42 and paid $5.20, $3 and $2.40. Blaine Wright—now with at least one win on 11 straight cards—is the winning trainer for owner/breeder Ernest Sherman.

Hustled to the lead, Beau Rocket set fractions of :22.09 and :44.73 for the quarter and half-mile, shook off Mrs Taylor into the stretch, and held a safe advantage to the wire.

A California-bred 4-year-old filly by Heatseeker, Beau Rocket improved to 2 for 3 lifetime with earnings of $13,840. In her May 5 debut, she ran the fastest five furlongs of the meet, :56.54, before struggling through a troubled trip in her subsequent out June 8.

Tillicum Grey, ridden by Eddie Martinez, rallied to finish second and paid $6.40 and $3.20, while Angelofmontgomery, ridden by Ryan Barber, was a neck back in third and paid $2.40 to show.

Mrs Taylor, Bluegrass Lily and Glitter and Gold completed the order of finish. Lulu’s Lightening was scratched earlier in the day.