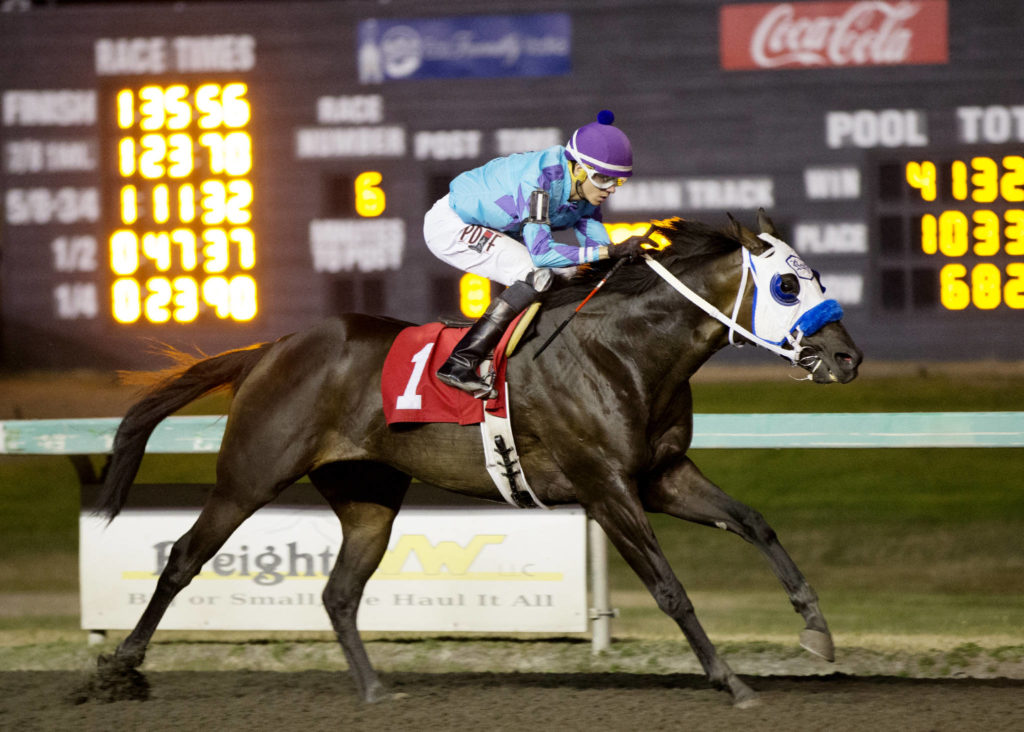 PISTOL POWER ALL THE WAY IN THURSDAY FEATURE

With Alex Cruz riding, Pistol Power ran one mile in 1:36.62 and paid $6.80 as the second betting choice. Rigoberto Velasquez is the winning trainer for owners S and M Stable and Kyrie Patino.

For Velasquez, it was his second win of the night and eighth in his last 11 starts overall. His 17 wins rank third in the trainers’ standings, six back of Joe Toye.

A 7-year-old Washington-bred by War Power, Pistol Power has been a study in consistency the last two seasons with a 4-2-4 record in 16 starts. The dark bay gelding has an overall record of 10-6-7 from 35 starts with earnings of $70,611.

Lolly Express, ridden by apprentice McKenna Anderson, finished second, while 7 to 5 favorite Rate for Me, ridden by Julien Couton, rallied to finish third.

Wilson to Lockett, Ardenlee Star and David Nose Best closed out the order of finish. Pulpits Power was scratched.