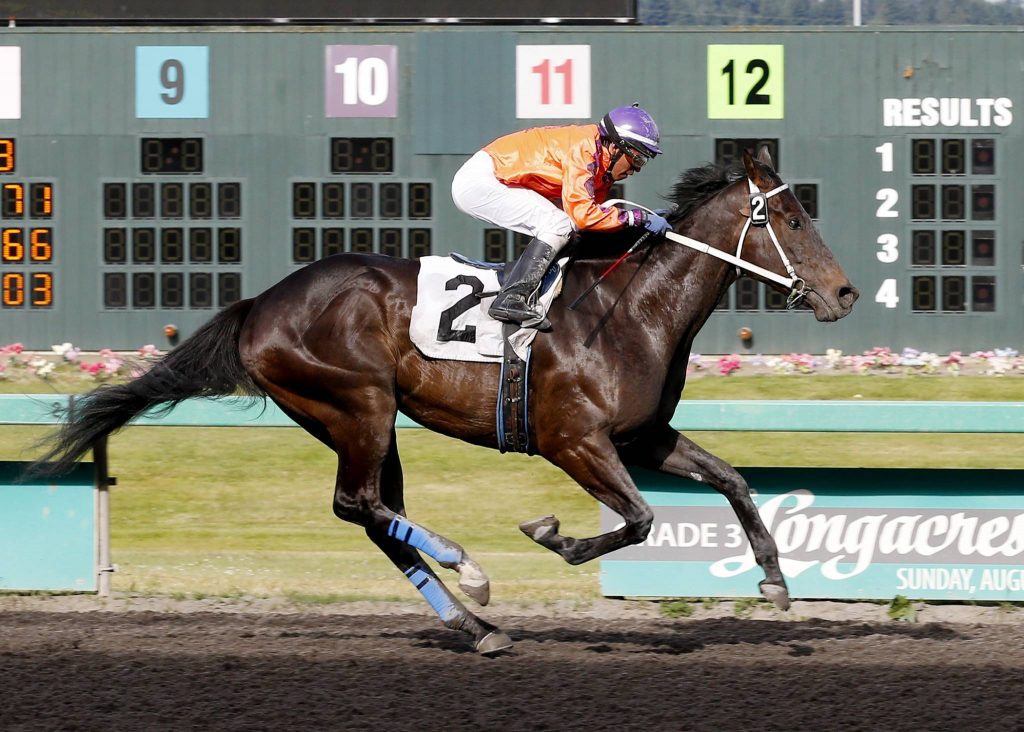 AUBURN, Wash. (June 11, 2017) – Viewingthegold exerted his class late and scored a 2 ¾-length victory Sunday in the $15,200 Muckleshoot Casino Purse for 3-year-olds and up at Emerald Downs.

With Leonel Camacho-Flores riding his third winner of the day, Viewingthegold ran six furlongs in 1:10.05, and paid $5.60, $4.20 and $3. Jose Navarro, who also saddled runner-up Guardingthemoney, is the trainer for Big Bill and Company and Clemans View Farm.

Stakes-placed twice as a 2-year-old including a heartbreaking defeat to Mach One Rules on the WTBOA Lads Stakes, Viewingthegold is 2-1-2 in seven career starts with earnings of $40,080, including $8,360 for Sunday’s victory. The winner is a 4-year-old Washington-bred by Harbor the Gold-Kittyzallwet.

In fifth place early, Viewingthegold angled out at the eighth pole and collared Capital Expense and won going away.

Guardingthemoney, a 25-to-1 long shot ridden by Juan Gutierrez, caught Capital Expense in the final stride for second place and paid $19.40 and $8.20.

Capital Expense, ridden by Jose Zunino, appeared a big threat to steal the race on the front end, leading through fractions of :21.86, :44.56 and :56.82. Straightening into the stretch with a two-length lead, Capital Expense weakened in the final furlong and paid $8 to show. 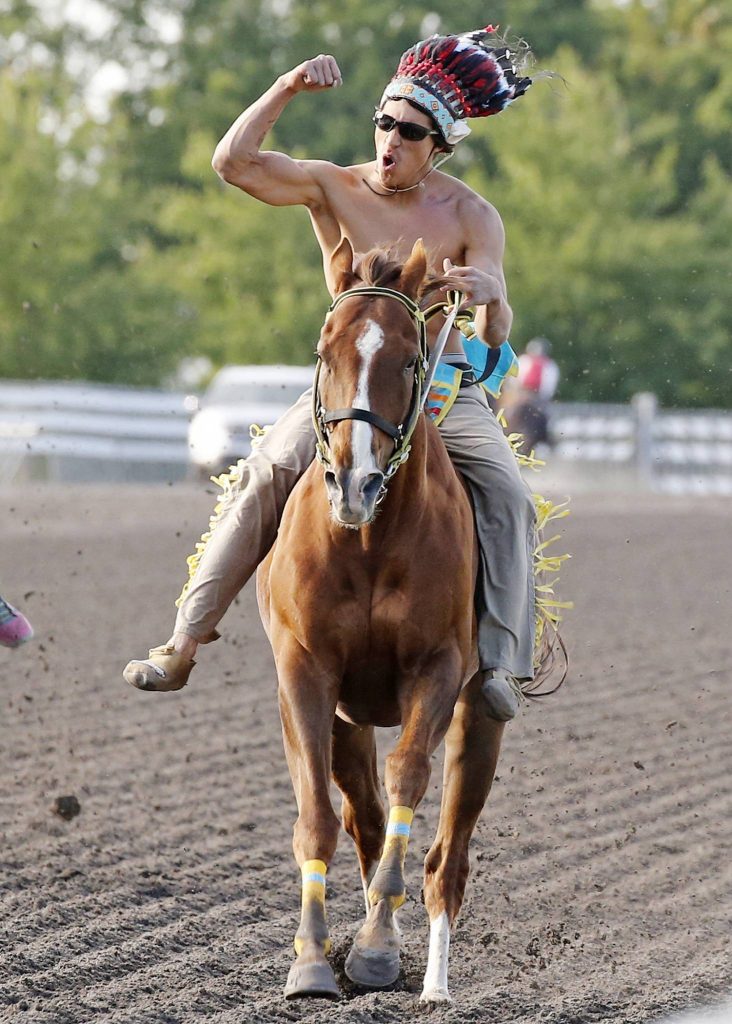 The championship team received belt buckles, jackets, the Muckleshoot Gold Cup and a $10,000 cash prize. And if Starr School also wins the championship heat August 26 at Canterbury Park, they would earn a $10,000 bonus.

NOTES: Philly Baby ($14.20) and jockey Jose Zunino led gate-to-wire in Sunday’s $18,500 maiden special weight for 2-year-old fillies, running 4 ½ furlongs in :52.26. Trained by Chris Stenslie and owned by One Horse Will Do Corporation and Laurie Jones, Philly Baby is out of 2004 Washington Oaks winner Bianconi Baby and a half-sister to Scat Daddybaby. . .Rocco Bowen, unseated by C I M Sweet in the post-parade of the 2-year-old filly race, was off his final five mounts with body soreness. . .Through 29 days of racing, Bowen leads apprentice Kevin Orozco 51-26 in the jockeys’ race. . .Blaine Wright saddled Coming in Hot to a $21.60 victory in race seven and holds a 16-14 lead on Charles Essex and Jeff Metz atop the trainers’ standings. . . In one of the day’s most exciting races, razor-sharp Wine At Nine ($3.40) tagged Kenai King in the final stride and joined Exit Sixty Slew and Jerre to Carrie as three-time winners at the meet. A 5-year-old Divine Park gelding, Wine At Nine races for Dino Mazzuca’s red-hot Two Putts for the Win ownership syndicate, and was ridden by Matt Hagerty, who is a nifty 3-2-1 in eight mounts this season. . .Great hunch play in Sunday’s opener as Indian Power ($4.60) led gate-to-wire on the final day of the 2017 Muckleshoot Gold Cup. . .10-year-old Memphis Mobster ($6.60) held off Lots of Prayers and scored his 20th career win in Sunday’s third race for Rigoberto Velasquez and Pam Tumminello. .A California-bred by Memo, Memphis Mobster broke his maiden June 24, 2011, at Hollywood Park under Joe Steiner and has wins at seven different tracks (Hollywood Park, Fairplex Park, Fresno, Golden Gate, Pleasanton, Portland Meadows and Emerald Downs). . .Jennifer Whitaker and Howard Belvoir combined for their 325th Emerald Downs victory when Daytona Beach ($7.60) prevailed in Sunday’s sixth race. Belvoir is No. 3 all-time with 724 wins at Emerald Downs and Whitaker is No. 8 all-time with 462 wins. . .Washington Hall of Fame jockey Ricky Frazier was at the racetrack Sunday visiting with friends. . .Live racing resumes Friday with first post 6:30 p.m.
–##–