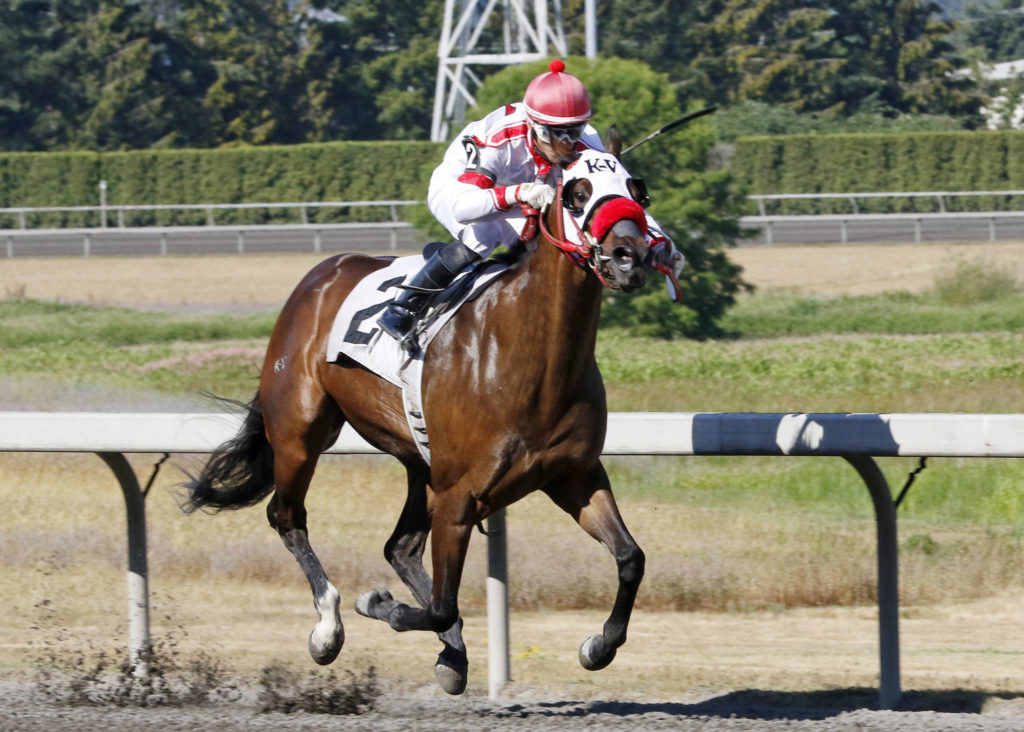 SMOKEN SHADOW ALL THE WAY IN SUNDAY FEATURE

With Eddie Martinez riding, Smoken Shadow zipped 6 ½ furlongs in 1:15.23 and paid $12.20 as the second longest price in a field of six. Debbie Peery is the trainer for owners Ken and Vicky Jo Elison of Boise, Idaho.

The lone 3-year-old in the field, Smoken Shadow set fractions of :22.55 and :44.88, shook off Ididntseethatcomin into the stretch, and powered home for a convincing victory.

Naval Escort, the 9 to 5 favorite ridden by Alex Cruz, rallied to finish second while Harbor Outlaw, with Jake Samuels aboard, finished third. Ididntseethatcomin, March On Linch, and Forty Smooches rounded out the order of finish. 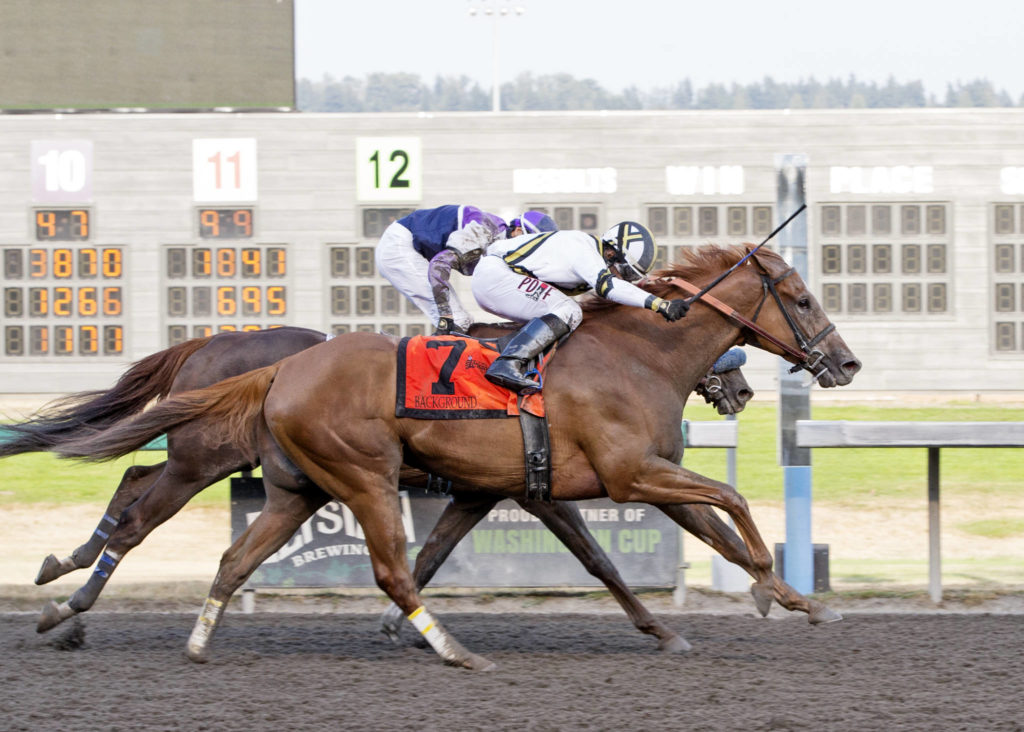 Background prevailing in the 2021 Longacres Mile

Giddyup Stables’ Background is set to defend his title in the $150,000 Longacres Mile, according to trainer Mike Puhich.

Background has enjoyed a successful 2022 campaign, winning $100,000 allowance races at Oaklawn Park and Churchill Downs and is prolific at the one-mile distance, compiling with a 4-1-1 record in six starts at eight panels including last year’s head victory over Windribbon in the Longacres Mile. Background’s overall mark is 6-3-4 in 20 starts with earnings of $430,488. Rocco Bowen is expected to ride Background in his title defense.

Background is scheduled to work Tuesday at Pegasus Training Center in Redmond.

Majestic Eagle, from the barn of Hall of Fame trainer Neil Drysdale, is another horse eyeing the Mile, according to co-owner John Lindley. A 7-year-old graded winner on turf by Medaglia d’Oro, Majestic Eagle breezed five furlongs on dirt in a bullet 1:00 Tuesday at Del Mar.