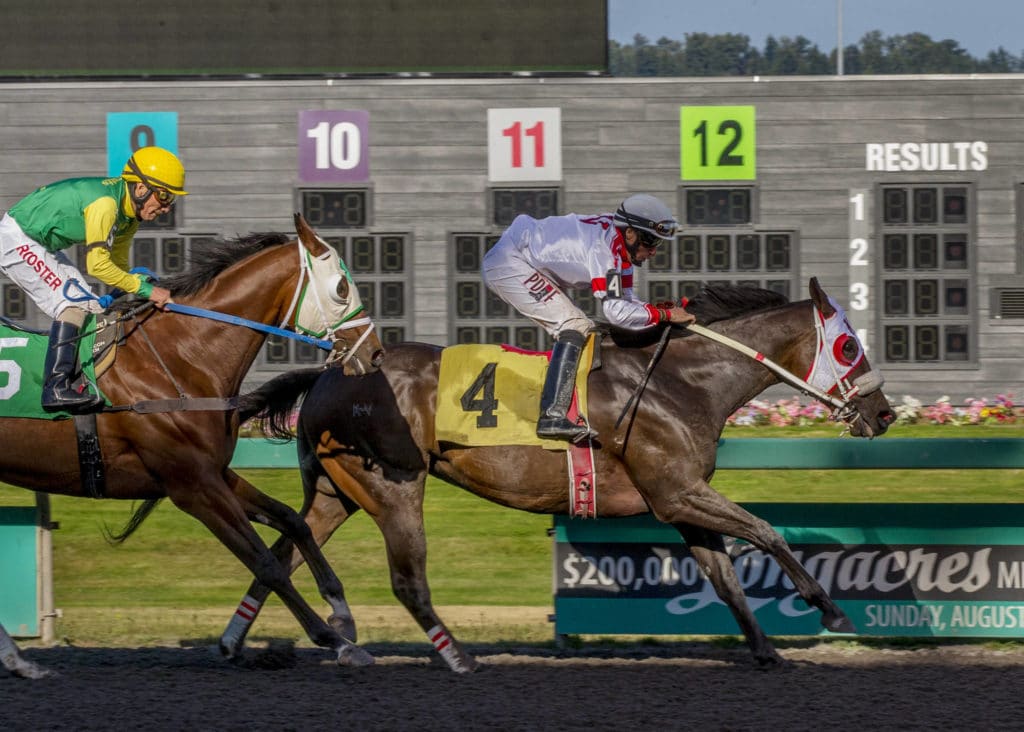 AUBURN, Wash. (July 28, 2019) – Iron Rob rallied past Wine At Nine in the final furlong for a three-quarter-length victory Sunday in the $13,600 Doc Mason Memorial Purse for 3-year-olds and up at Emerald Downs.

A 6-year-old gelding, Iron Rob scored his first win in five starts this year and ninth in 42 career starts. A Florida-bred by Twirling Candy, Iron Rob was a double stakes winner as a 3-year-old at Santa Anita, and now has a career bankroll of $267,580.

Wine At Nine, ridden by Javier Matias, resisted gamely when challenged by the winner but finished second and paid $4.60 and $4.80. A 7-year-old Kentucky-bred, Wine At Nine has a 14-6-5 record in 37 career starts at Emerald Downs.

He’s Not Grey, the 2 to 5 favorite, was pulled up on the backstretch by jockey Gary Wales and vanned to the stable area. A 4-year-old Slew’s Tiznow gelding, He’s Not Grey has won four races at the meet and seven of his last nine starts.

Wheel Rally and Its Allabout Jerry were scratched earlier in the day. 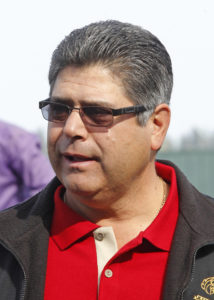