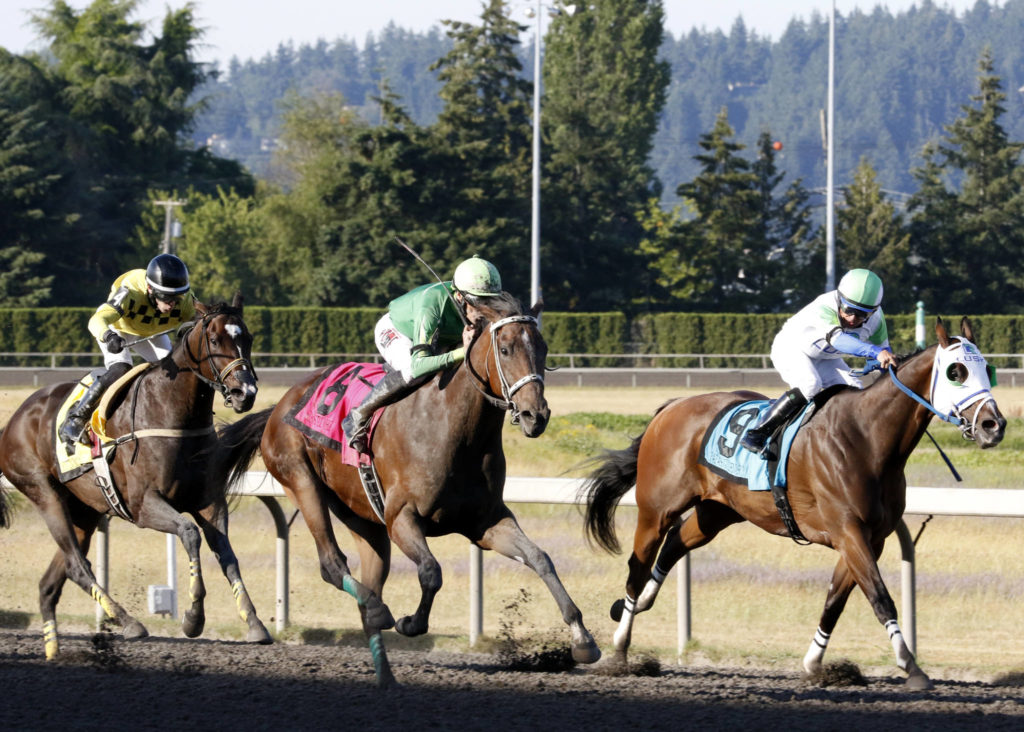 In sixth place and some 10 lengths behind Papa’s Golden Boy at the quarter-pole, Slew’s Tiz Whiz rallied in the middle of the racetrack, finally catching Papa’s Golden Boy in the shadow of the wire for the victory.

“We got a little help up front today,” Wenzel said, alluding to an early duel that might have helped soften Papa’s Golden Boy in the stretch. “Slew’s Tiz Whiz keeps improving. He’s a fun horse to train because he tries so hard.”

A 4-year-old Washington-bred gelding by Slew’s Tiznow from Ros’s Girl, Slew’s Tiz Whiz has won two straight and improved to 5-1-1 in 12 career starts with $88,207 in earnings, including $27,500 for the Governor’s score. He also stamps himself a contender for the Longacres Mile on Sunday, Aug. 14.

Although the Governor’s is his first stakes win, Slew’s Tiz Whiz was stakws-placed around two turns as a 3-year-old, finishing third in the Muckleshoot Derby.

Papa’s Golden Boy, the defending Governor’s Stakes champion bidding for his fourth stakes win overall, shook off Windribbon into the lane, was two lengths clear past mid-stretch, but couldn’t withstand Slew’s Tiz Whiz from over the top. The 3 to 5 favorite ridden by Kevin Radke at 124 lbs., Papa’s Golden Boy held second by a nose over Spittin Image and paid $2.60 and $2.60. Breaking from the No. 9 post, Papa’s Golden Boy set pressured splits of :21.84, :43.72, and 1:08.29.

Spittin Image, a 16 to 1 longshot ridden by Juan Gutierrez with 121 lbs., finished third and paid $6.40, while Five Star General was a neck back in fourth. Fantastic Day, Kingmeister, House of Lords, Windribbon, and Heredia Boxer rounded out the complete order of finish. 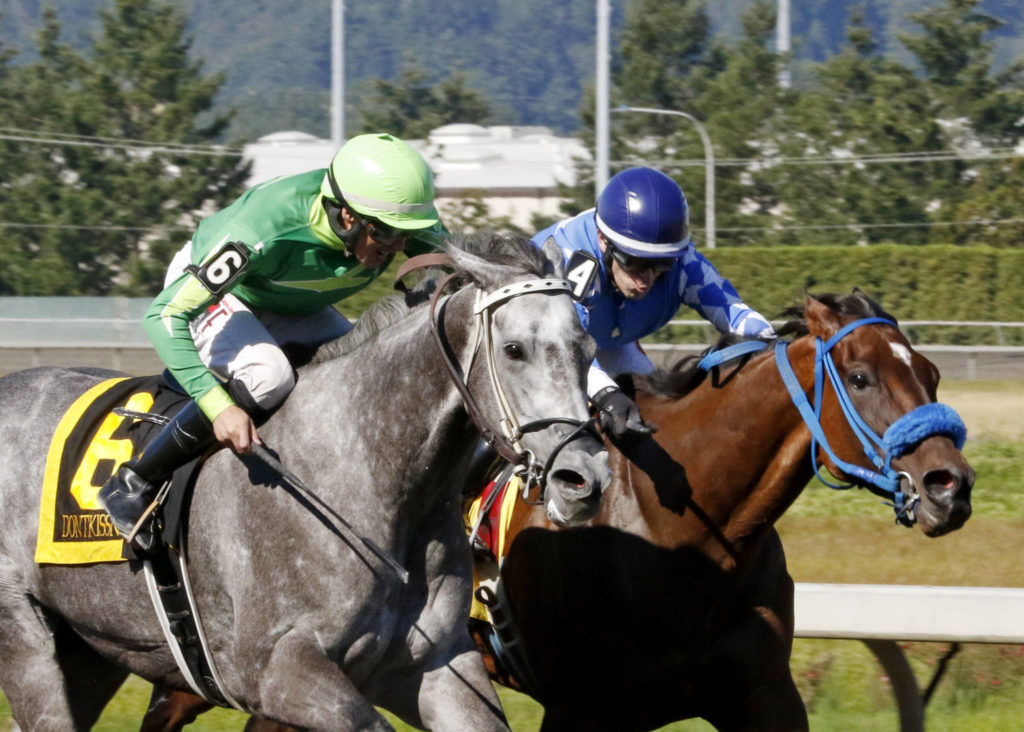 Dontkissntell (No. 6) edges You Go Girl

In the $50,000 Washington State Legislators Stakes for older fillies and mares, Dontkissntell scored a head victory over a resilient You Go Girl in a driving finish.

With Zunino aboard at 120 lbs., Dontkissntell covered 6 ½ furlongs in 1:15.65 and paid $3.80 as the betting favorite. Wenzel, saddling his record fourth winner in the Washington State Legislators, is the winning trainer for owner K D Thoroughbreds (Darlyne Krieg) of Oak Harbor, Wash.), and the victory set the stage for a stakes sweep later on the card.

Rallying four deep into the stretch, Dontkissntell gradually wore down You Go Girl in the final yards to score a narrow victory. Although a top older filly or mare the last few seasons at Emerald Downs, Dontkissntell had lost her previous 11 stakes starts dating to a victory in the 2018 Washington Cup Sophomore Fillies Stakes.

“But she always runs hard to the wire,” Zunino said of Dontkissntell. ”She ran great today.”

Lets Declare Peace, the 9 to 5 second choice ridden by Kevin Orozco at 121 lbs., was 2 ½ lengths back in third place, while Unlimiteddataplan, and Ms Lynn rounded out the order of finish.