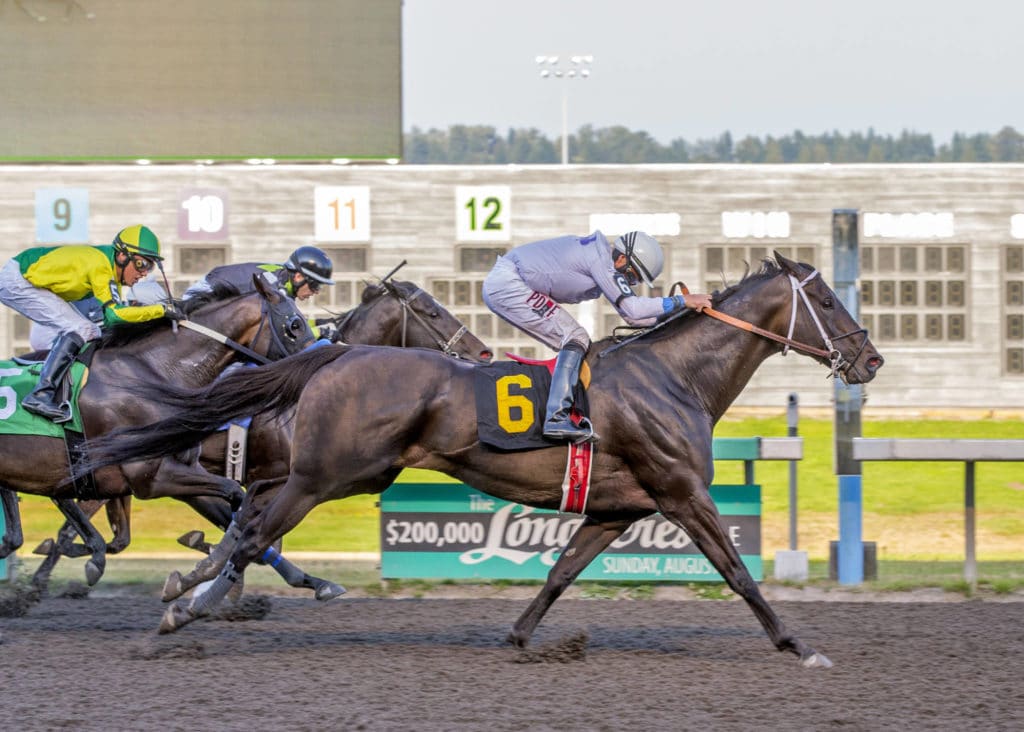 HIT THE BEACH SURGES TO VICTORY IN SUNDAY FEATURE

AUBURN, Wash. (August 4, 2019) – Hit the Beach rediscovered his winning ways Sunday with a last to first surge for a one-length victory in Sunday’s $21,200 feature race for 3-year-olds and up at Emerald Downs.

Under a well-timed ride from Jose Zunino, Hit the Beach covered six furlongs in 1:09.49 and paid $7, $4 and $3 as a slight betting favorite. H.R. Pat Mullens is the winning trainer and co-owner with Ed Zenker of Tacoma, WA and Richard Larson of Snohomish.

Grinder Sparksaglo, ridden by Juan Gutierrez, overhauled Cody’s Choice for command past mid-stretch but was unable to withstand the onrushing Hit the Beach late. Grinder Sparksaglo paid $6 and $4.20.

Trump Itz, with Kevin Orozco riding, finished well to edge Concur for third and paid $4.80 to show, while The Press, Cody’s Choice and Paynes Prairie rounded out the order of finish.

A 6-year-old by Harbor the Gold, Hit the Beach won for the first time in six starts this season, and is 6-4-4 in 23 lifetime starts with earnings of $119,518. Hit the Beach also took a while to get rolling last year, but finished the season with three straight wins including the Muckleshoot Tribal Classic and Pete Pedersen Overnight Stakes.

Grinder Sparksaglo, another veteran gelding in sharp form, now has a life mark to 14-12-12 in 56 starts with earnings of $238,432 for trainer Robbie Baze and owner/breeder Richard Sena of Federal Way.

Hit the Beach, Grinder Sparksaglo and Concur are all nominated to next Sunday’s $200,000 Longacres Mile (G3).