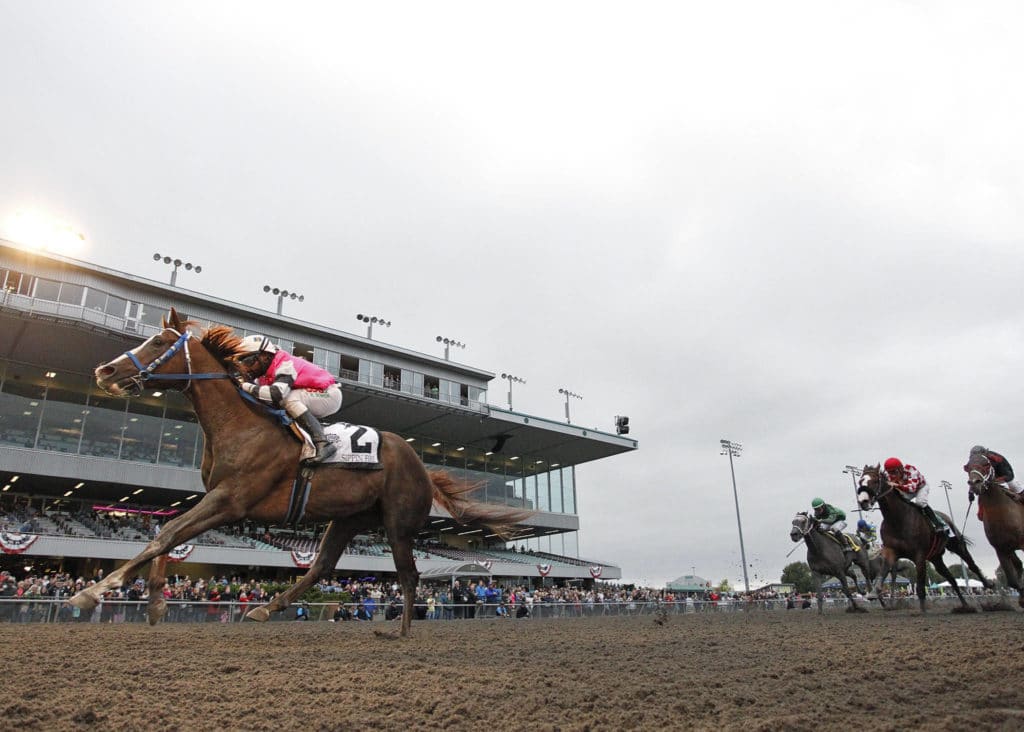 Making a strong bid for 2018 Horse of the Meeting, Sippin Fire covered one mile in 1:35.89 and paid $2.60, $2.20 and $2.10. Regular rider Rocco Bowen was aboard at top weight of 124 lbs for trainer Steve Bullock and owner How We Roll#4, a syndicate composed of David Israel, Joe Withee, Al Adams, Charlie Clark, Angela Wilson and Steve Pilgrim.

And Sippin Fire’s season isn’t finished yet. The inaugural running of the $100,000 Getaway Stakes for 3-year-olds at 1 1/16 miles awaits closing day, Sunday, September 23.

“He’s on a roll, and hopefully he can do it again,” Bullock said amidst a jubilant winner’s circle.

“There’s not much to say, he’s an amazing horse,” said Bowen. “I haven’t been this choked up since I rode Stopshoppingdebbie.”

Stopshoppingdebbie and Stryker Phd share the track record of eight stakes victories, and Sippin Fire is halfway to tying it.

Boundary Bay edged Elliott Bay by a neck to finish second, and Boundary Bay now has three thirds and a second in four starts this season at Emerald Downs. Ridden by Aaron Gryder at 119 lbs, Boundary Bay paid $3.20 and $2.10.

Elliott Bay, with Jennifer Whitaker riding, finished third and paid $2.10, while Hey Sequoia, Bullet Drill and Sherm rounded out the order of finish,.

For Sippin Fire, the victory was never in doubt. Reserved just off the leaders as Boundary Bay led through a half-mile in :47.33, the winner rallied four-wide into the lane, and quickly opened a clear lead.

Five stakes in a season at Emerald Downs: Noosa Beach (2010). 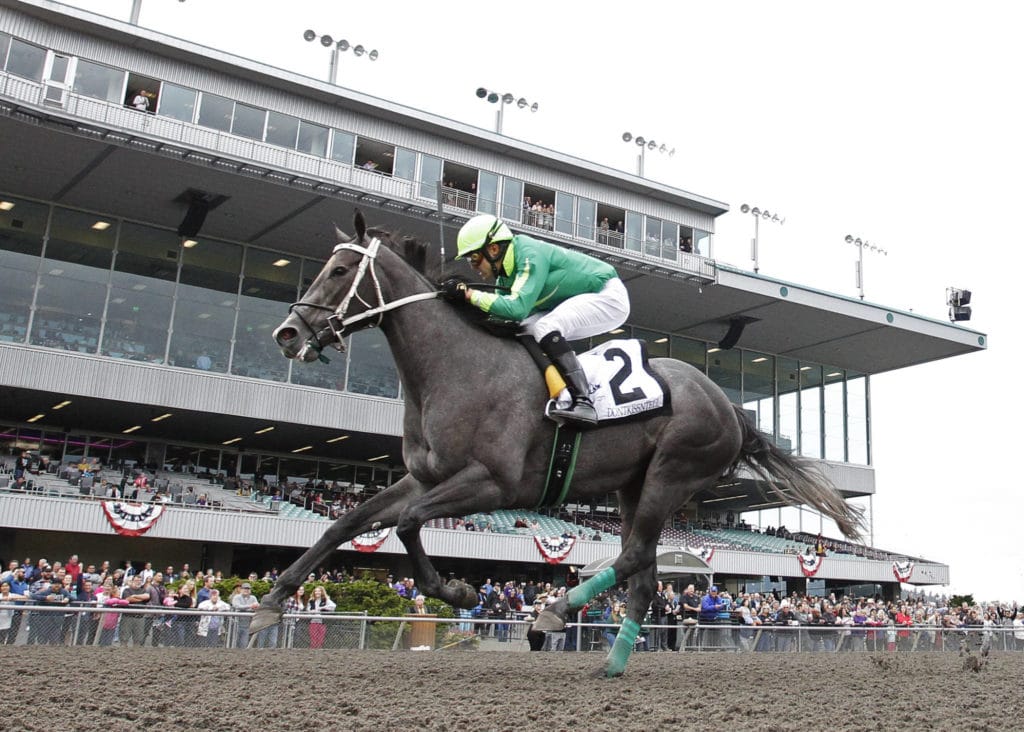 Dontkissntell held off Brilliant Bird through the stretch and scored a minor upset in the $50,000 Washington Cup Sophomore Filly Stakes.

Ridden by Eswan Flores at 118 lbs, Dontkissntell prevailed by three lengths and paid $7 and $2.40; there was no show wagering. Tom Wenzel is the winning trainer for owner Karl Krieg of Oak Harbor, Wash.

Hustled to the lead, Dontkissntell vied with Jupiter S. through fractions of :23.71 and :47.15, shook clear at the three-eighths pole, and held Brilliant Bird safe in the lane.

“The plan was to put her in the race early and hopefully get a fair pace,” Flores said. “She ran a great race today.”

After beginning her career with three races at Turf Paradise, including a second in the Arizona Juvenile Filly, Dontkissntell is 2-1-0 in three starts at Emerald Downs.

Spot On was 12 ¾ lengths back in third place, and Jupiter S. finished fourth. Angels o’ War was scratched earlier in the day.

Corona B Gone and Lorenzo Lopez

CORONA BE GONE SCORES UPSET IN BANK OF AMERICA CHALLENGE

In the season’s biggest Quarter Horse race, Corona Be Gone registered a three-quarter-length victory over Kool Odds in the $30,000 Bank of America Emerald Championship Challenge Stakes.

With the victory, Corona B Gone earned a berth in the $250,000 Bank of America Challenge Championship on Nov. 17 at Los Alamitos.

Mr Pyc to You, the 6 to 5 favorite and winner of the 2017 Champion of Champions (G1) at Los Alamitos never got untracked and finished fifth.