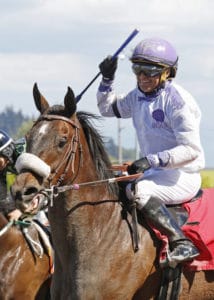 “Most importantly, grateful for my wife. I hope this good luck can continue.” 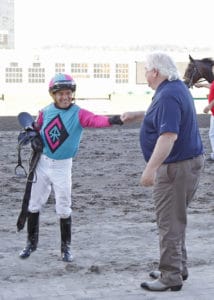 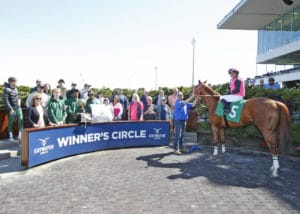 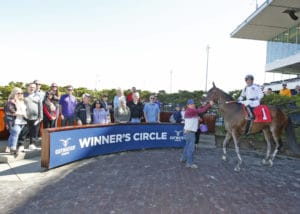 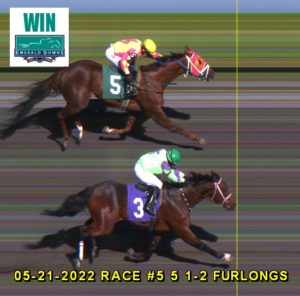 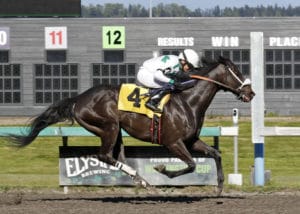 Radke becomes the first rider in track history to win the first five races on a card. Radke had two chances to break the record with mounts in the 8th and 9th races.

Not many riders get a second chance around here,” said Radke who didn’t ride between 2009-2015.

Preskitt (3/5) rolled to victory in the $25,000 Muckleshoot Casino Purse feature race for 3-year-old fillies with all-time leader rider Juan Gutierrez in the irons. Preskitt, who is owned by John Parker, has now won two straight races including her Emerald debut.

The jockeys were introduced for the 2022 meet before the first race. 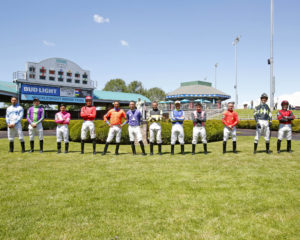 Notes: Trainer Chad Brown and jockey Jose Ortiz teamed up to win the 147th Preakness Stakes with Early Voting at Pimlico Racecourse…The Auburn high school boys basketball team was honored between the races for winning the Class 3A state tournament. Saturday’s handle was $1,491,000…Racing continues Sunday with a 10-race starting at 2:20 PM…Multiple stakes winning 7-year-old mare Ima Happy Cat has been entered in the $29,500 third race…Sunday is Teacher Appreciation Day, show teacher ID and get in free with a guest. 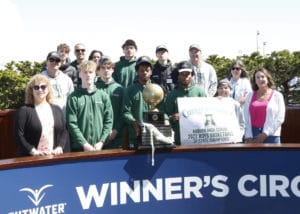