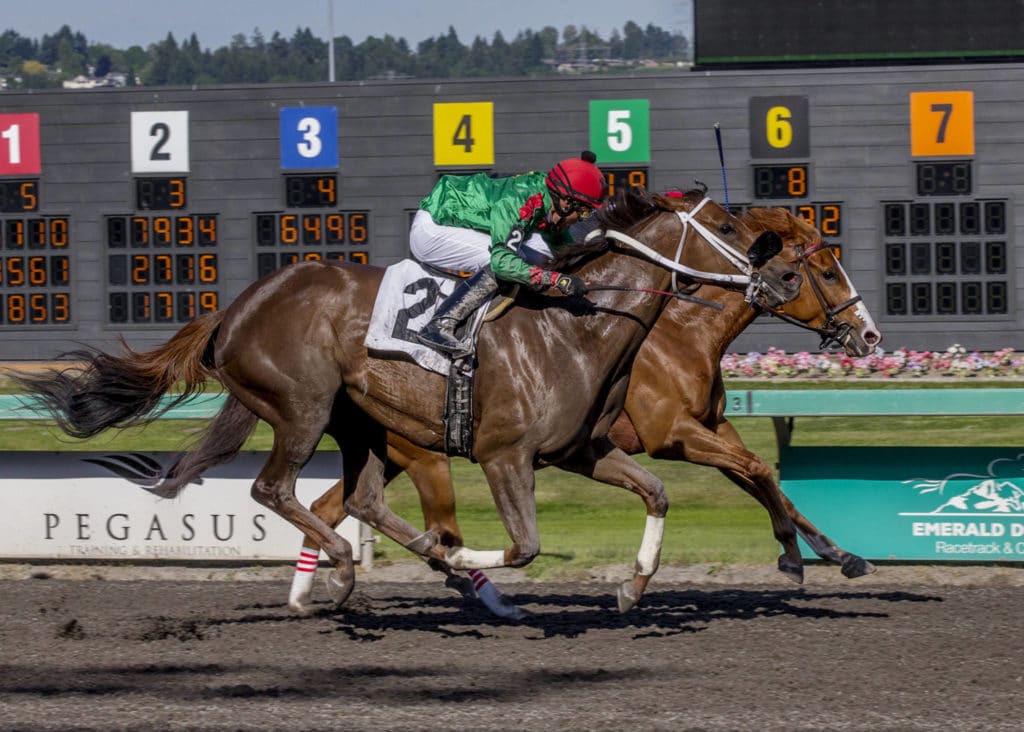 Jerre to Carrie (No. 2) nips Guardian One at the wire

AUBURN, Wash. (May 11, 2019) – Jerre to Carrie caught Guardian One in the final strides for a head victory Saturday in the $18,500 Muckleshoot Casino Purse for older fillies and mares at Emerald Downs.

Guardian One, ridden by Gary Wales, shook off Judicial past mid-stretch and ran bravely to the wire and just missed. Off at odds of 8 to 1, Guardian One paid $9.60 and $4.80.

Brilliant Bird edged Papa Mambo for third and paid $3.20 to show, while Judicial and Forbidden Mama completed the order of finish.

Jerre to Carrie has been a fixture in the upper claiming ranks the last several years at Emerald Downs. A Kentucky-bred by Congrats, her overall record is 8-4-8 in 32 starts with $131,989 in earnings, including $10,175 for Saturday’s victory.