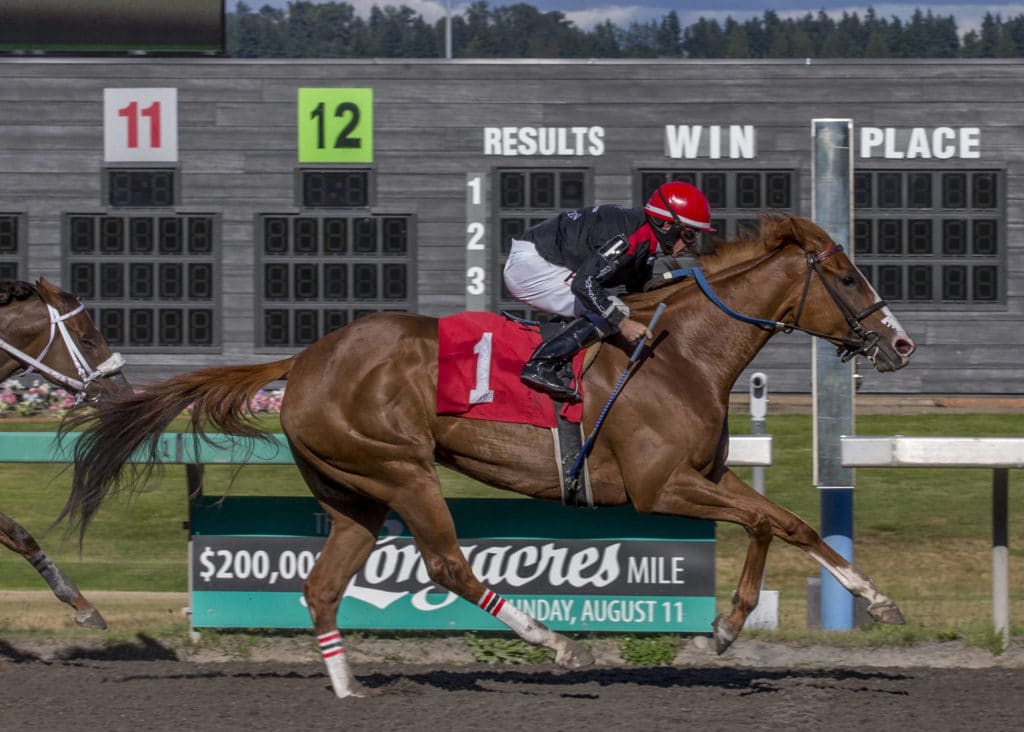 Guardian One and jockey Gary Wales

AUBURN, Wash. (June 8, 2019) – Guardian One would not be denied Saturday at Emerald Downs. She out-sprinted the speedsters and held off the closers and scored a 1 ¼-length victory in the $18,500 Muckleshoot Casino Purse for older fillies and mares.

Breaking from the No. 1 post-position, Guardian One set fractions of :22.16 and :44.55for the quarter and half-mile, shook free of McDove into the lane, and held off Jerre to Carrie and Risque’s Legacy for her sixth career victory.

Jerre to Carrie, who edged Guardian One last month, loomed boldly past mid-stretch, but was unable to catch the winner and settled for second. Ridden by Kevin Orozco, Jerre to Carrie paid $4.60 and $3.20.

Risque’s Legacy finished third, a head behind Jerre to Carrie, and paid $5 to show, while McDove, Judicial, Fly Far Away, Brilliant Bird and Beau Rocket completed the order of finish. 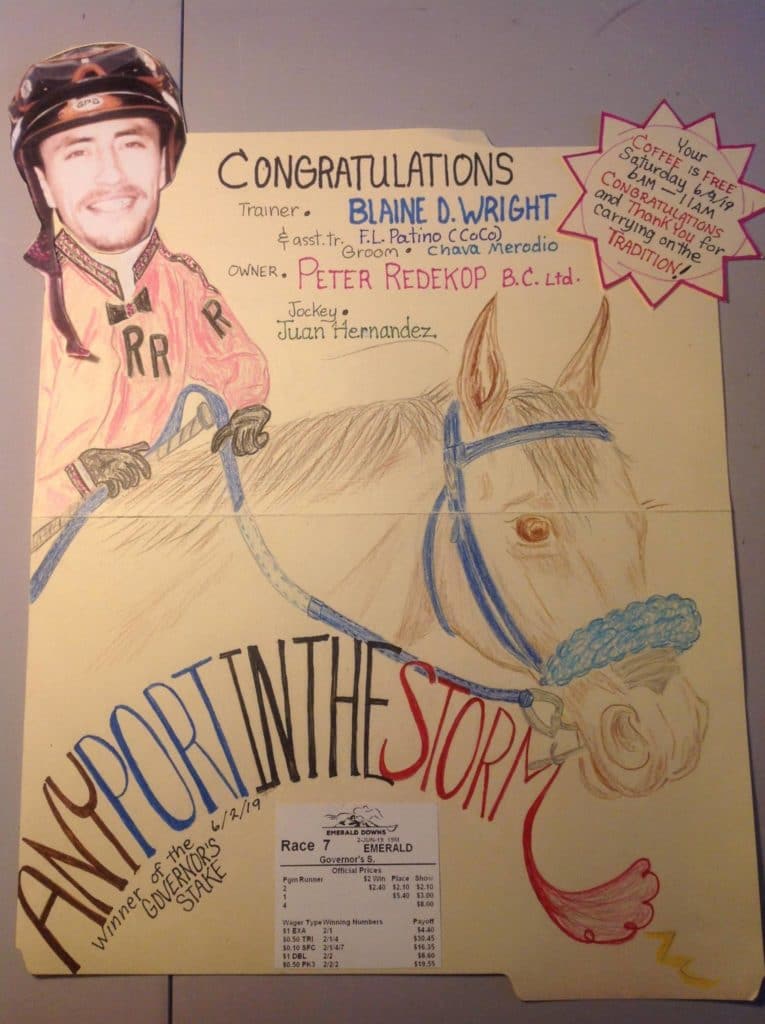 NOTES: Gary Wales rode two winners Saturday–his 24th and 25th of the meet–and owns an eight-win lead over Javier Matias and Kevin Orozco atop the standings. . .Cross Creek ran the meet’s fastest 6 ½ furlongs—1:15.19—on Friday, May 31. . .6-year-old mare Jerre to Carrie was claimed for $30,000 Saturday by trainer Rigoberto Velasquez and owner Inittowinit. . . Trainer Keith Hanna notched his first career Emerald Downs victory, saddling Drops in the Ocean ($6.20) to a maiden triumph in the eighth race finale. . . Oldtimers Vision ($13.40) notched his 11th career Emerald Downs’ victory in Saturday’s fifth race, holding off My Chief in 1:36.68 for one mile. Apprentice Jose Leon is 3 for 4 aboard the 8-year-old gelding, scoring a pair of victories this spring at Turf Paradise and collecting Saturday’s win for trainer Jack McCartney and owner Tawnja Elison. . . Jorge Carreno was off his mounts again Saturday with a gall bladder issue, but will resume riding next week agent David Singer said. . .Romeoinbluejeans ($7.20) and Wild Wilko ($13.20) both notched their second wins of the meet Saturday. . .Live racing continues Sunday with the $50,000 Kent Stakes for 3-year-old fillies at 6 ½ furlongs. First post is 2 p.m.
–##–