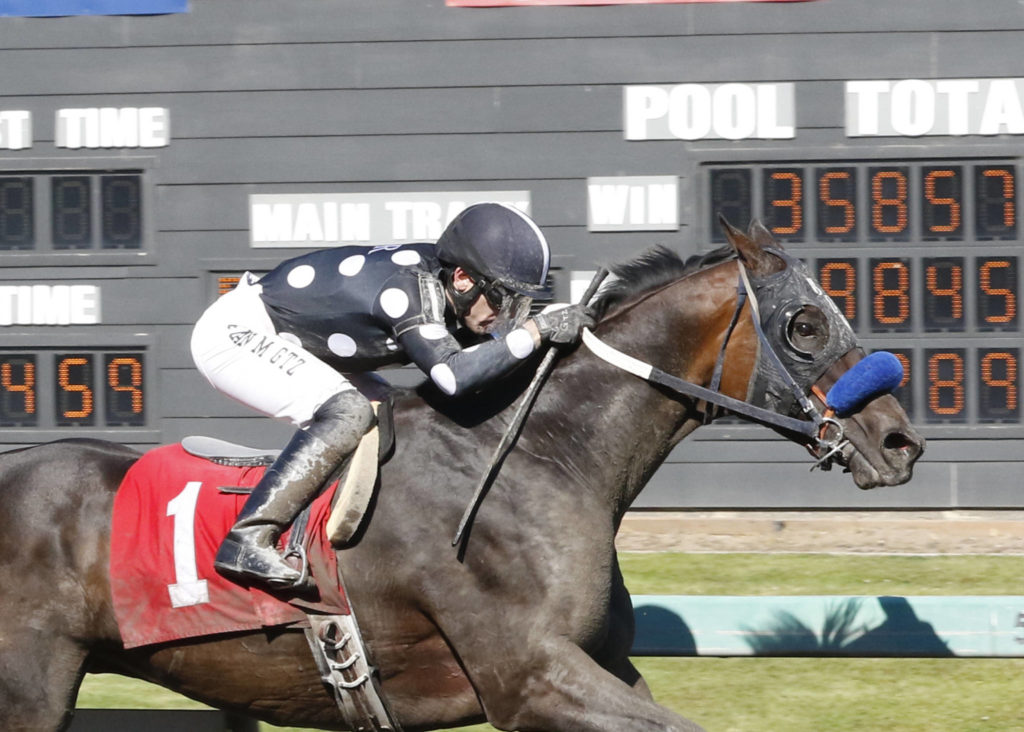 Torpedo Away and Juan Gutierrez

TORPEDO AWAY RALLIES IN SATURDAY FEATURE

AUBURN, Wash. (July 30, 2022) – Torpedo Away collared Nine One One late for a three-quarter-length victory in Saturday’s $25,000 Muckleshoot Casino Purse for 3-year-olds and up at Emerald Downs.

Perfectly handled by Juan Gutierrez, Torpedo Away scorched 6 ½ furlongs in 1:14.26 and paid $6.60 as second choice in the wagering. Blaine Wright is the winning trainer and co-owner with Michael Dadasovich of Lafayette, Calif., and Dallas Becker of Deer Park, Wash.

The winning time is the fastest 6 ½ furlongs of the meeting, eclipsing a 1:14.73 clocking by Slew’s Tiz Whiz in the Governor’s Stakes last weekend.

Last up the backstretch, Torpedo Away commenced a rally around the turn, found room along the rail in the stretch, and exploded late to tag Nine One One in the final furlong.

Nine One One, the slight 2 to 1 choice ridden by Eddie Martinez, set fractions of :22.02 and :44.27 and was two lengths clear into the stretch, but couldn’t withstand the winner from the inside. A 4-year-old B.C.-bred by Maclean’s Music, Nine One One is now 2-1-0 in three starts at the meet for trainer Rob Gilker.

Coastal Jazz, a 13 to 1 shot, held third under Kevin Radke, while El Alto Hombre, Mr. Stang, Bobby Brinkley, and Defense Wins completed the order of finish. March On Linch was scratched earlier in the day.