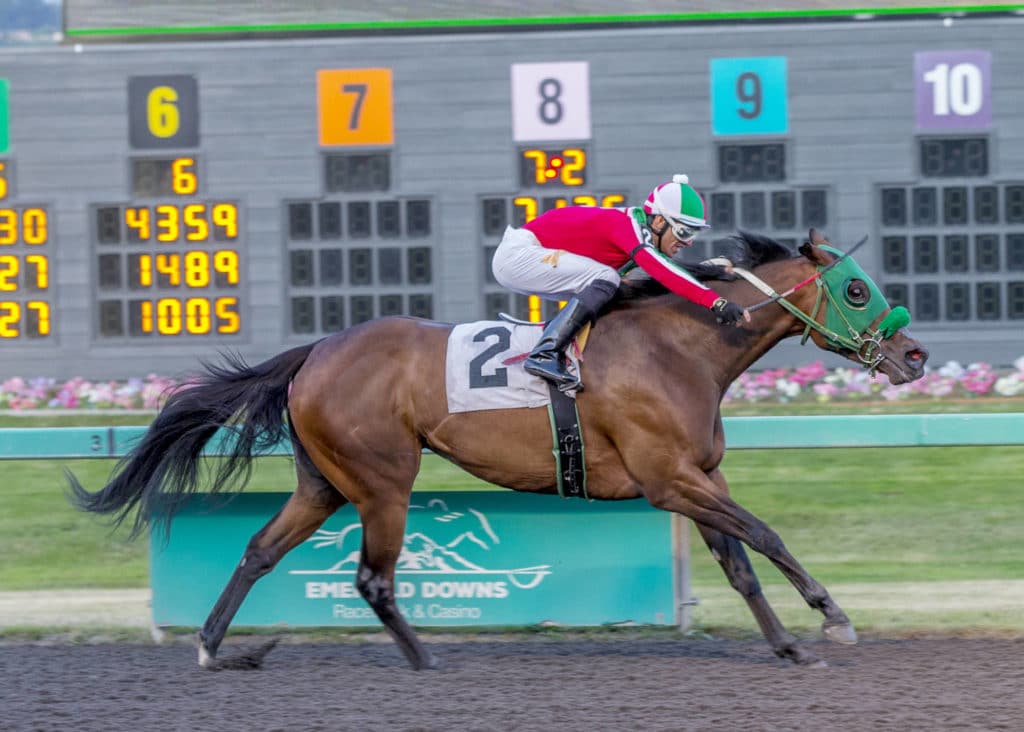 DIAMONDS R ALL THE WAY IN SATURDAY FEATURE

AUBURN, Wash. (July 27, 2019) – Diamonds R exerted her class Saturday evening at Emerald Downs. A stakes winner at age 3, the 4-year-old filly R scored her first win as a 4-year-old, leading  gate to wire for a five-length victory in the $18,500 Muckleshoot Casino Purse for older fillies and mares.

A 4-year-old Kentucky-bred by Alternation, Diamonds R has a lifetime record of 4-1-1 in 14 starts with earnings of $87,050 for owners George Todaro of Seattle and David Cordova of Bellevue. Saturday’s victory was worth $10,175.

Boomerang Miss, ridden by Gary Wales, chased the winner throughout but settled for second and paid $5.20 and $2.80. Toni Ann’s Miracle, the 8 to 5 favorite ridden by Kevin Orozco, finished third and paid $2.40, while Jerre to Carrie, Yukon Belle and Gazing completed the order of finish. In an unusual mishap, Brilliant Bird was declared a non-starter after the blanket used to protect the horse in the starting gate did not come off when the gate opened.

Under Par, the 8 to 5 morning line favorite, was scratched earlier in the day. 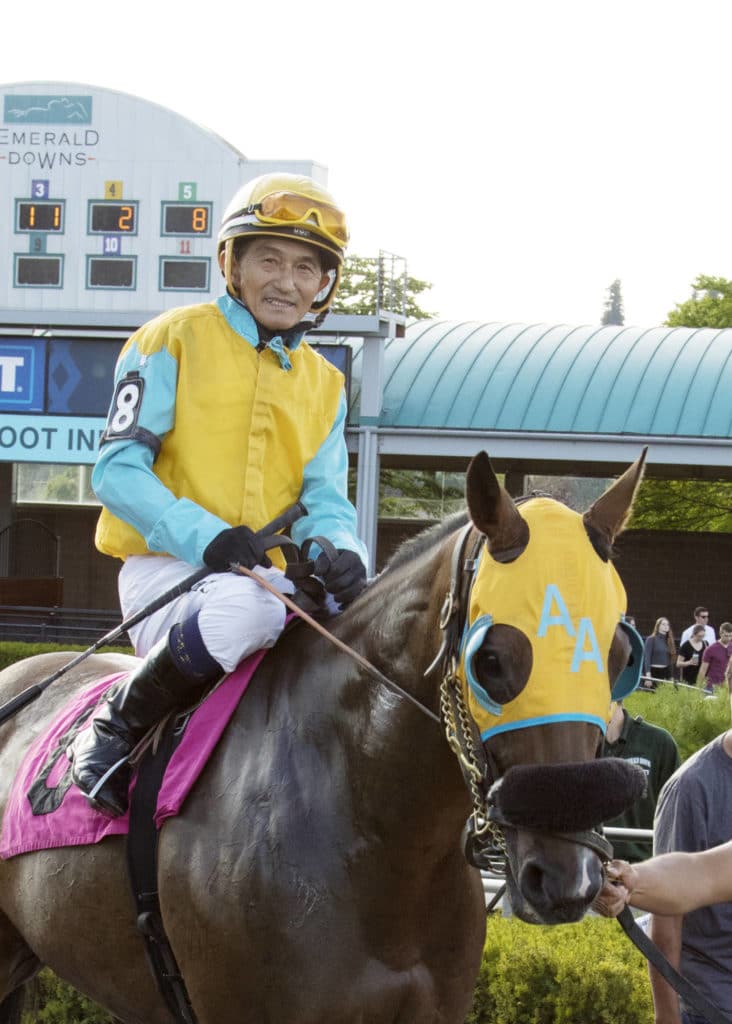 Kato rallied Cats Gulch into third place into the stretch but they faded from contention late as Assets Included ($4.60) prevailed under Gary Wales.

One of two 67-year-olds still riding competitively in America, Kato has 2,031 career victories in a 48-year career that featured over 1,100 wins at Playfair Race Course in Spokane. Saturday he combined with 95-year-old Arturo Arboleda for a combined age of 162 years between jockey and trainer.

NOTES: Trainer Frank Lucarelli and owner Chad Christensen combined for two more wins Saturday—Freiburg ($2.40) and Bellamo ($3.20)—while padding their leads atop the trainers and owners standings. Lucarelli has five straight multiple win days, and with 46 wins is on pace to break the single-season record of 66 wins shared by Tim McCanna (2008) and Jeff Metz (2015). Lucarelli is 10 wins away from 1,000 wins at Emerald Downs. Christensen is 4 for 4 this week and now leads three-time defending champion John Parker 16-12 in the owners’ race. . .After blanking two straight days, Gary Wales resumed his winning ways with a three-bagger and leads Kevin Orozco 63-45 in the jockeys’ standings. . .Stay in Grace ($5) improved to 7 for 12 lifetime and became a triple winner at the meet with a gate to wire victory under Jose Zunino in the Saturday opener. A 4-year-old Oregon-bred, Stay in Grace is trained by Linda Northam and co-owned by Northam and Wayne Williams. . .5-year-old California-bred mare Tesla ($5.20) won her third straight under Ryan Barber in race six for trainer Alan Bozell and Helios Stables. . .Nominations close midnight Saturday for the $50,000 Muckleshoot Derby and $50,000 Washington Oaks, and midnight Sunday for the $200,000 Longacres Mile (G3) and $50,000 Emerald Distaff. All four stakes will be run on Championship Sunday, August 11. . .Live racing continues Sunday with first post 2 p.m.
–##–