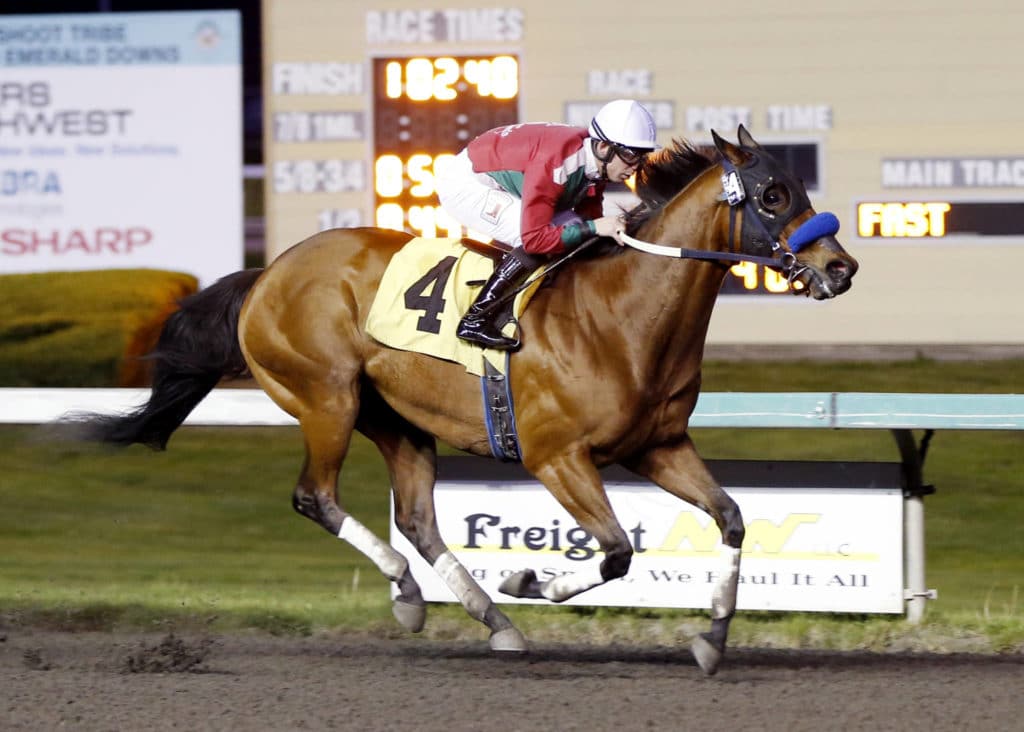 Blame It On Royce and jockey Julien Couton

BLAME IT ON ROYCE PREVAILS IN FRIDAY FEATURE

AUBURN, Wash. (May 11, 2018) – Blame It On Royce collared Capital Expense past mid stretch and held off Wine At Nine for a 1 ¼-length victory Friday in the $15,200 Muckleshoot Casino Purse under the lights at Emerald Downs.

Wine At Nine, the slight 6-5 choice ridden by Gary Wales, rallied strongly for second and paid $2.80 and $2.20. Voted the meet’s top claimer last year, Wine At Nine is one of the most consistent runners on the grounds and 11-3-4 in 25 starts at Emerald Downs.

Capital Expense, ridden by Austin Solis, nearly stole the race on the front end, setting blistering fractions of :21.74, :44.01 and :56.64 before weakening in the final furlong. Off at odds of 18-1, Capital Expense paid $4 to show.

Thorn Legacy, Big Hat Charlie and Uzta Have Money completed the order of finish; Guardingthemoney and Hit the Beach were scratched earlier in the day.

The Gold Monkey and Trelawny were the only horses covered heading into the seventh race, and Trelawny wound up dead heating with Royal Tale for the victory. The winning ticket, sold on track, included Seattle Smoke at 11-1 in Race 2 and Tesla at 13-1 in race five.