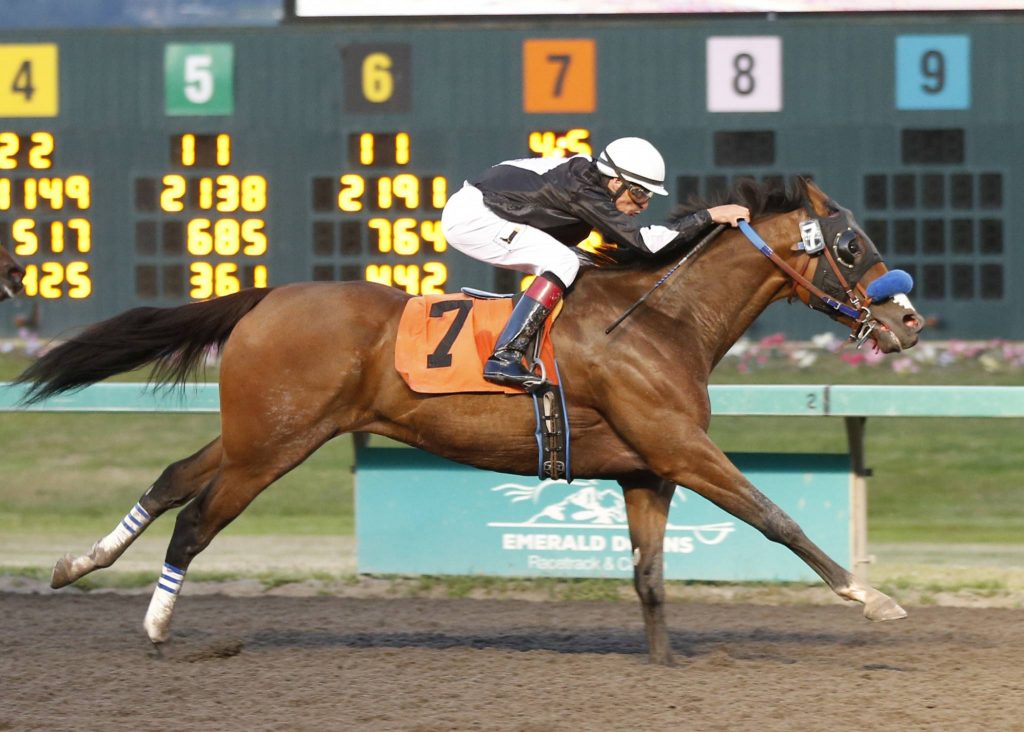 THAT’S THREE FOR OH MARVELOUS ME

AUBURN, Wash. (June 30, 2017) – Oh Marvelous Me caught Swingshift Deputy in the final yards and rolled to a 1 ¾-length victory Friday in the $15,200 St. John the Baptist Catholic Church Purse at Emerald Downs.

Ridden by Jose Zunino, Oh Marvelous Me smoked six furlongs in 1:08.03 and paid $3.60, $3 and $2.10. Blaine Wright is the winning trainer for owners Todd and Shawn Hansen of Tenino, Wash. With the victory, Oh Marvelous Me became only the sixth triple winner at the meet, and is 4-0-1 in six career starts at Emerald Downs.

Wine At Nine, bidding for his fourth win of the meet, rallied strongly for third under Matt Hagerty and paid $2.20 to show, while Guardingthemoney, Cross Creek, Face Valued and Capital Expense completed the order of finish. 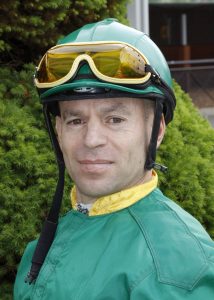 NOTES: Five of Friday’s seven winners reached double digits including first-time starter Power of War ($32) in the nightcap, and there are carryovers of $10,440 in the $0.50 Pick 5 and $2,719 in the $0.20 Pick 7. . .The conclusion of Friday’s card marked the halfway point of the 72-day meeting. . .Juan Gutierrez rode a pair of double-digit winners—Mark ($15.60) and Yakima Gray ($10)—to up his season total to 27 wins and his Emerald Downs’ total to 1,310 wins. Gutierrez is only 109 wins shy of Gallyn Mitchell’s track record 1,419 wins. Incidentally, Mitchell is still active riding Thoroughbreds at Los Alamitos and has six wins at the current meet, including a victory Friday aboard Turf Club Queen. . .Live Like Mike ($14.60) made it 7-for-16 lifetime in one mile races with a gate-to-wire victory in Friday’s fifth race with Eswan Flores up for trainer Roddina Barrett and owners Warlock Stables and Michael Roche. . .Flores also rode two winners Friday. . .Wright tops the trainers’ standings 24-16 over Frank Lucarelli. . .Mitch and John E ($8.60) zipped to a gate-to-wire victory in race two for part owner John Elway. . .Live racing continues Saturday with first post 2 p.m.