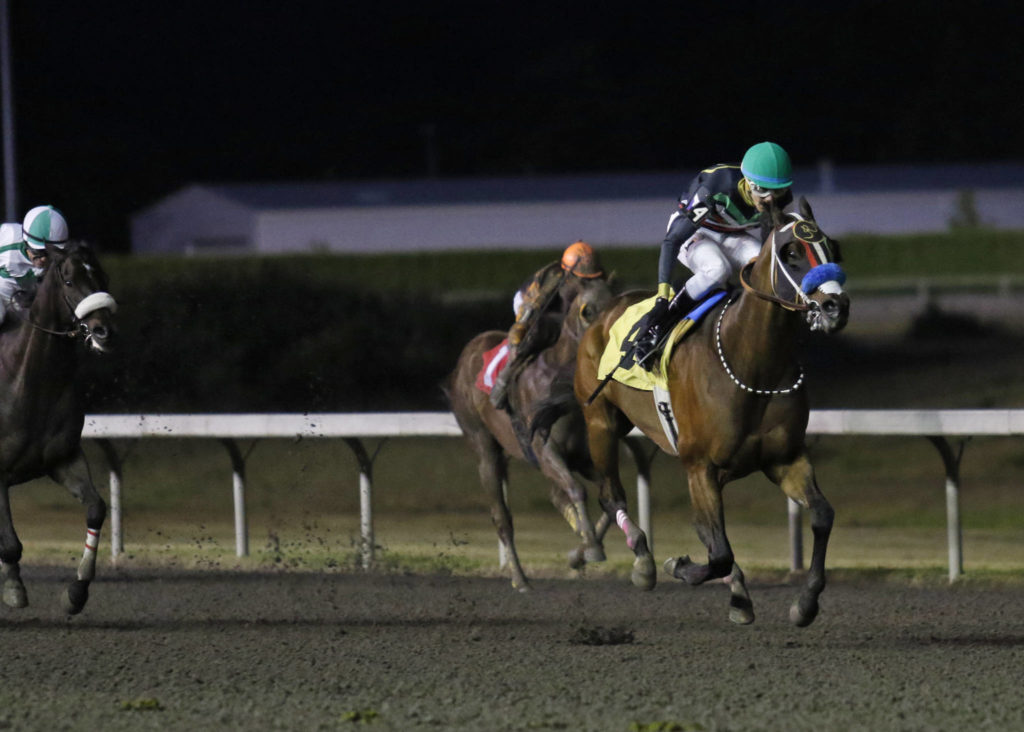 With Alex Cruz aboard for his third of five victories Friday, Take Charge Deputy zipped six furlongs in 1:08.42 on a wet-fast track and paid $4.20 as the public betting choice. The winning time is just shy of Spittin Image’s meet-best 1:08.35 six-furlong clocking June 5.

Trained by Jorge Rosales, Take Charge Deputy is 2-1-0 from three starts at the meet and improved to 6-1-0 in seven career starts on wet tracks.

Toil and Trouble, longest shot on the board at 23 to 1, rallied late to edge Mixo for second place. Mixo, second choice at 3 to 2, finished third and Candy Zip and Leprino completed the order of finish.

NOTES: Total mutuel handle was $886,747 on a seven-race card. . .In the $0.50 Pick 5 which featured a $13,386 carryover, there was $119,598 new money bet into Friday’s pool. Tickets with five winners paid $154.90. . .Big Fashion ($9.20) became the meet’s first three-time winner with a gate to wire victory under Kassie Guglielmino in race two. . .The track was sloppy for the first race and wet-fast for races two through seven. . .Jeff Metz was the lone trainer with two wins Friday. . .Rosales leads trainers with eight wins followed by Candi Cryderman and Blaine Wright with seven each. . .Live racing continues Saturday with an eight-race card plus Day 2 of the Muckleshoot Gold Cup Indian Relay Races.