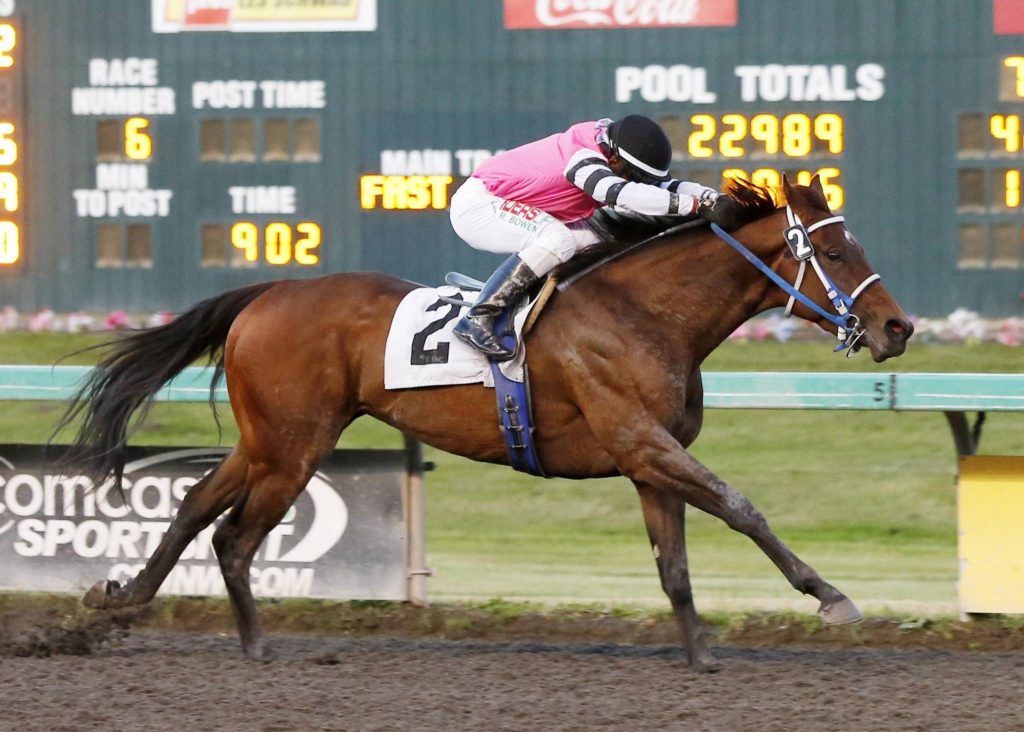 AUBURN, Wash. (June 16, 2017) – Camano Comet got a rail-skimming ride from Rocco Bowen and drew off for a 3 ½-length victory Friday in the $15,600 Diamond Parking Services Purse for 3-year-old fillies at Emerald Downs.

Running six furlongs in 1:10.27, Camano Comet earned $8,580 for the victory and paid $6.80, $3.60, $2.60. Steve Bullock is the winning trainer for the ownership syndicate How We Roll, composed of Emerald Downs’ broadcaster Joe Withee, David Israel and partners.

Withee even asked himself a question in the Winner’s Circle interview: “Joe, what’d you think of that ride by Rocco Bowen? I thought it was a great ride!”

Saving ground as Targa set fractions of :21.90 and :45.09, Camano Comet rallied inside of the leader, gained a short lead into the lane and drew away through the stretch. A Washington-bred filly by Council Member-Crème, Camano Comet has two wins at the meet and is 3-0-1 in nine career starts with earnings of $32,630

Targa, ridden by apprentice Kevin Orozco, fought back in the stretch but was second best. The speedy runner-up paid $3.40 and $2.20.

Lovethisbar, ridden by Isaias Enriquez, finished third and paid $2.60 to show, while Lofty Cause and Kenzie Blake completed the order of finish. My Endless Love was scratched earlier in the day.