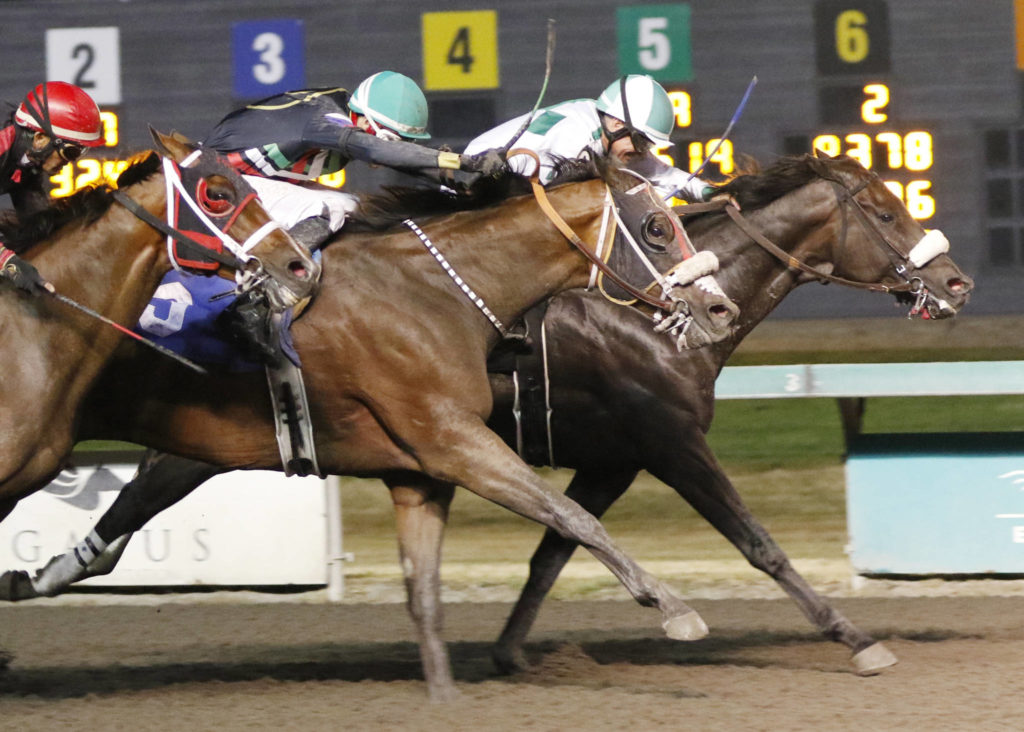 Mixo (inside) holds off Take Charge Deputy and Muncey

AUBURN, Wash. (July 29, 2022) – Mixo continued his winning ways Friday at Emerald Downs, holding off Take Charge Deputy for a nose victory in the $22,000 Muckleshoot Casino Purse for 3-year-olds and up.

Ridden by Kevin Radke, Mixo covered six furlongs in a brisk 1:08.43 and paid $6.20 as the second choice in a field of five. Kevin Radke rode the winner for Shelly Crow and Mischief Club 4.

Mixo, in third place early as Forever Gold and the filly Frisco Frills dueled through wicked fractions of :21.57 and :44.53, rallied to the lead past mid-stretch and then held off late bids by Take Charge Deputy and Muncey for the victory.

Muncey, ridden by Leslie Mawing, closed ground late to finish third, a neck behind Take Charge Deputy, while Forever Gold and Frisco Frills tired from their early efforts and finished fourth and fifth. La Waun was scratched earlier in the day.