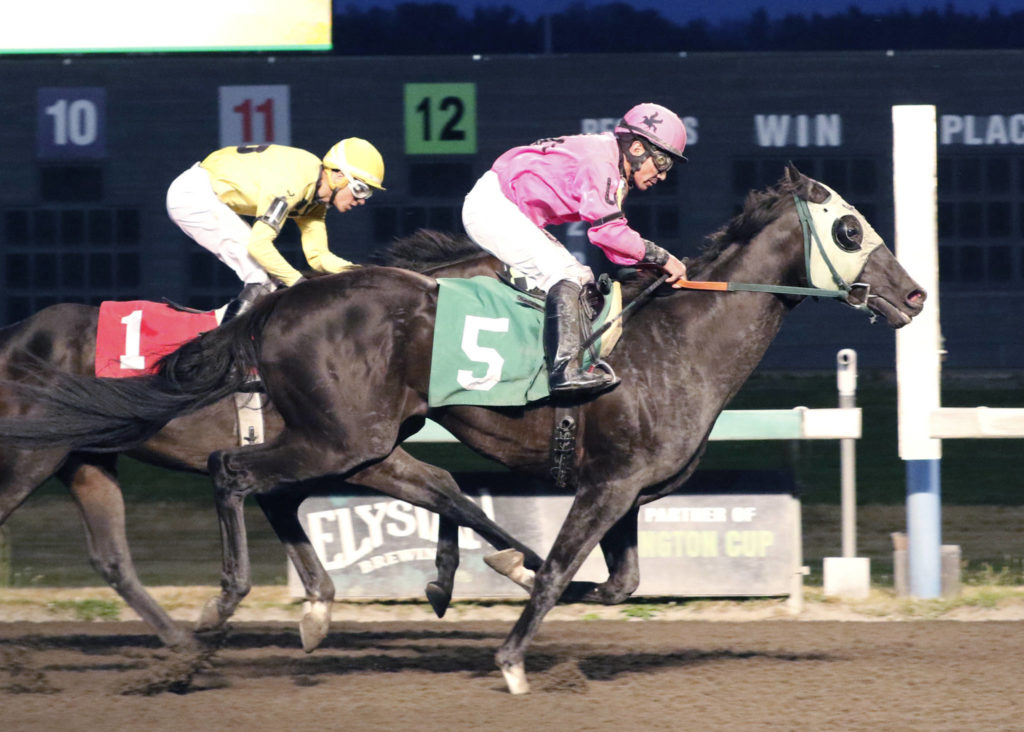 YOU’RE THE CAUSE PREVAILS IN FRIDAY NIGHT FEATURE

AUBURN, Wash. (July 22, 2022) – You’re the Cause caught Mischief Road in the final strides and scored a major upset in Friday’s $15,000 Muckleshoot Casino Purse for 3-year-olds at Emerald Downs.

The winner overcame a poor break, falling some 15 lengths off the pace, before rallying in the middle of the track for the victory. A Kentucky-bred by Creative Cause, You’re the Cause is 2-2-3 from nine starts lifetime with earnings of $24,830 including $8,250 for Friday’s triumph.

Mischief Road, ridden by Alex Cruz, drove through a wide opening to gain the lead into the stretch and just failed to last for the victory. The 7 to 5 favorite, Mischief Road paid $3.40 and $2.60.

Whatsthediff, a 9 to 1 shot ridden by Jose Zunino, finished third and paid $3.60 to show, while Summanus, Stylish Elegance, Syzslak, After the Candy, and Man in Black rounded out the order of finish.