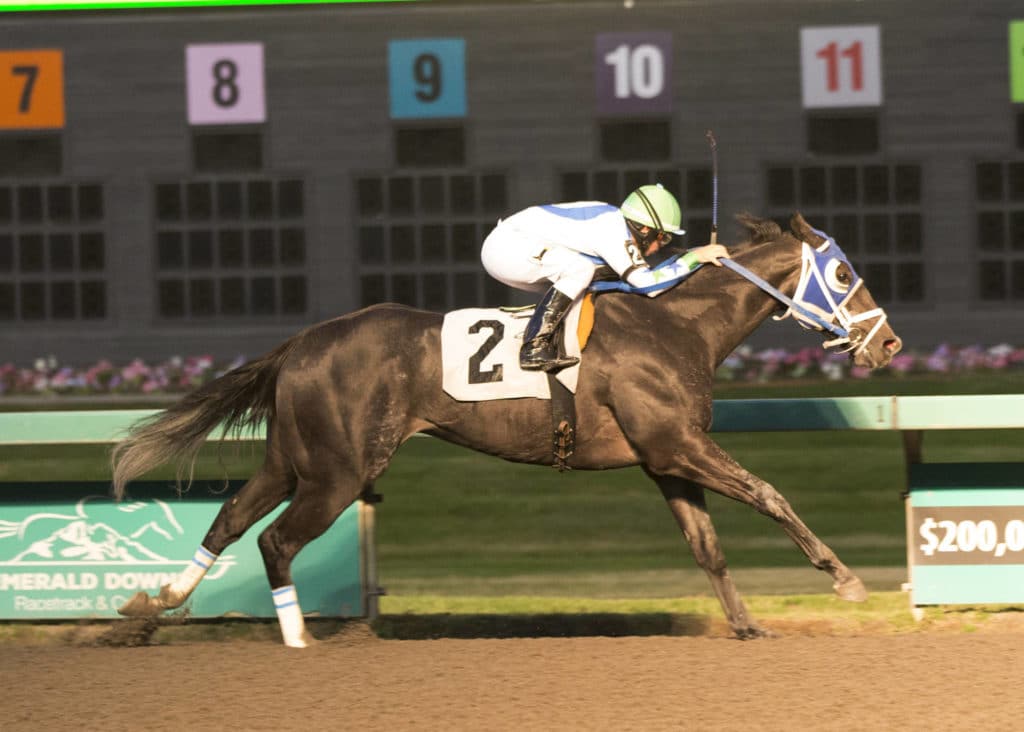 Taking command on the turn, La Waun opened a 2 ¼-length lead into the stretch and drew off to win with complete authority. A 4-year-old California-bred gelding, La Waun won under almost identical conditions on July 7, and is 3-2-0 in six starts in 2019. His overall record is 6-3-1 in 22 starts with earnings of $98,495.

There were three claims in for La Waun, with owner John Parker and Candi Cryderman winning the post-race shake.

Big Hat Charlie, ridden by Jorge Carreno, held second and paid $5.20 and $3, while Bob’s All In rallied from last to finish third and paid $2.20. Giopress, Maurice Code and Aliante completed the order of finish.

NOTES: Trainers Steve Bullock and Frank Lucarelli each had two wins Friday. . .For Lucarelli, it’s the ninth time this season he’s saddled multiple winners on a card, and he now leads Blaine Wright 37-26 in the standings. . .In addition to Wales, Javier Matias and Kevin Orozco also rode two winners each Friday. . .In Saturday’s sixth race, Mike Man’s Gold will attempts to win his record 22nd race at Emerald Downs. The 9-year-old gelding is currently tied with West Seattle Boy at 21 wins apiece. The eight-race twilight card begins at 5 p.m.
–##–