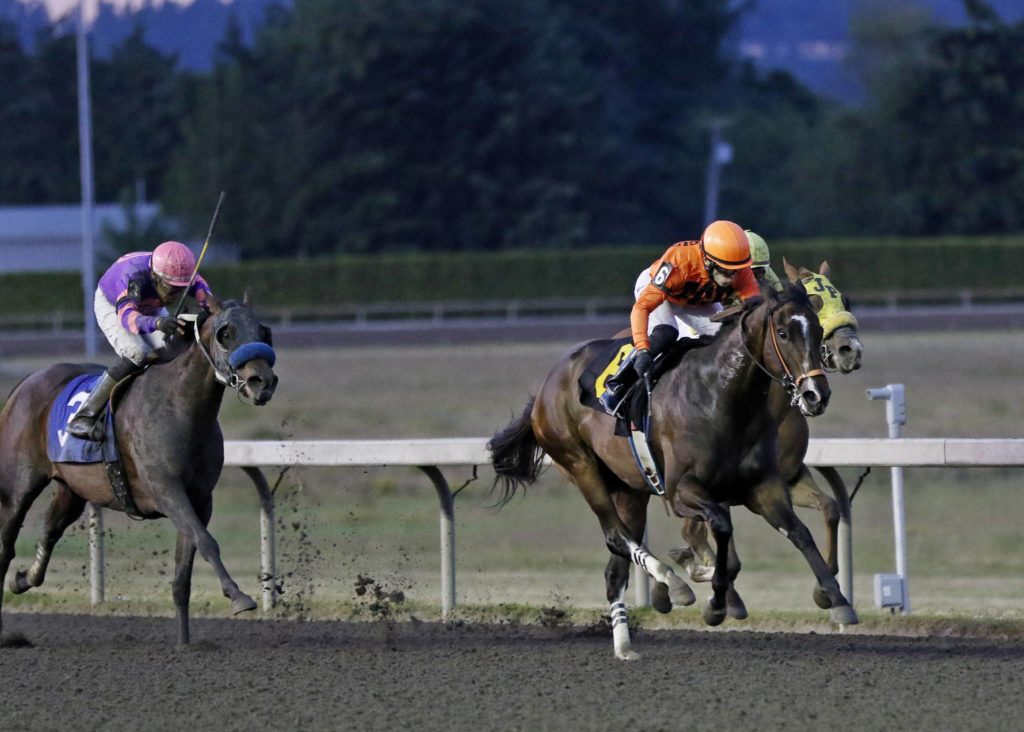 FIRE ESCAPE ALL THE WAY IN FRIDAY FEATURE

AUBURN, Wash. (July 1, 2022) – Fire Escape turned away all challengers and raced to a one-length victory in Friday’s $25,000 Muckleshoot Casino Purse for 3-year-old fillies at Emerald Downs.

With Juan Gutierrez riding his third of four winners on the card, Fire Escape zipped 5 ½ furlongs in 1:03.70 and paid $4 as the public betting choice. Blaine Wright is the winning trainer for owners Finger Gun Racing #2.

Breaking from the outside post in a field of five, Fire Escape set fractions of :21.62 and :44.79, opened a two-length lead into the stretch and held off Cielo Diamante and stable mate Tam Tricky for the victory.

A California-bred by Straight Fire-Luckfromabove, Fire Escape earned $13,750 to increase her career total to $32,553. She has a 2-1-1 record from five starts overall.

Enchanting Way and Violent Move rounded out the order of finish, while Awesome Daze was a late scratch.