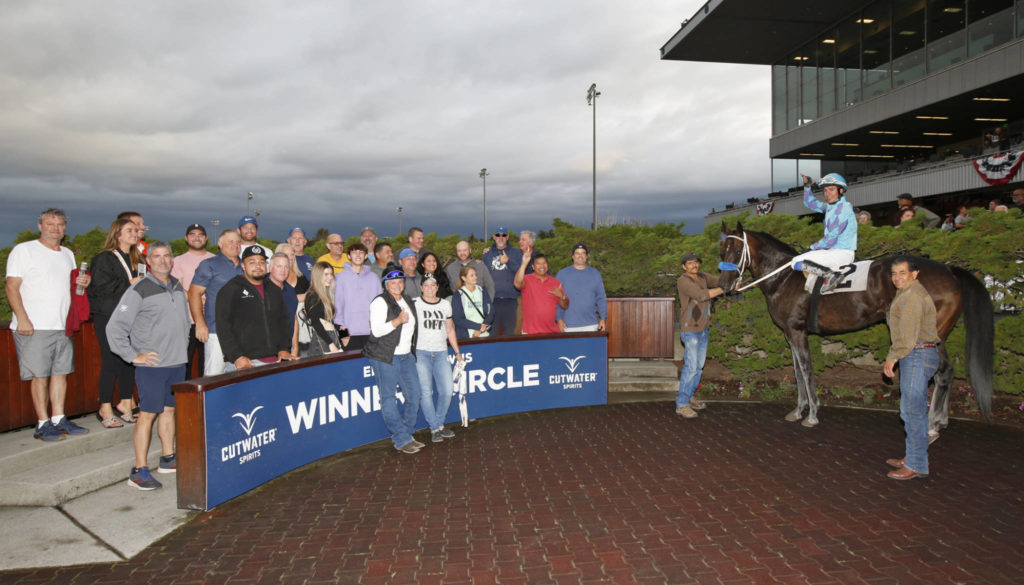 AUBURN, Wash. (Aug. 26, 2022) – Pistol Power was declared the official winner when first-place finisher Missed the Boat was disqualified for interference in Friday’s $16,500 Gold Rush Dancer Purse for 3-year-olds and up at Emerald Downs.

Missed the Boat and jockey Juan Gutierrez finished first by 3 ¾ lengths but following a stewards’ inquiry the 6-year-old gelding was disqualified and placed last, the stewards deeming that Missed the Boat and Gutierrez had crossed over and impeded both Pistol Power and Mixo into the first turn.

Pistol Power, in third place most of the way, rallied wide into the stretch and held off Hydrogen by a neck for second, and then was promoted to first by the stewards.

Hydrogen, the 9 to 5 favorite ridden by Alex Cruz, finished third and was promoted to second. Rocky Tough finished fourth and was moved up to third and Mixo finished fifth and was placed fourth.

Missed the Boat, the 2 to 1 second choice, has finished first, second, third, first, and first in five starts this season at Emerald Downs.