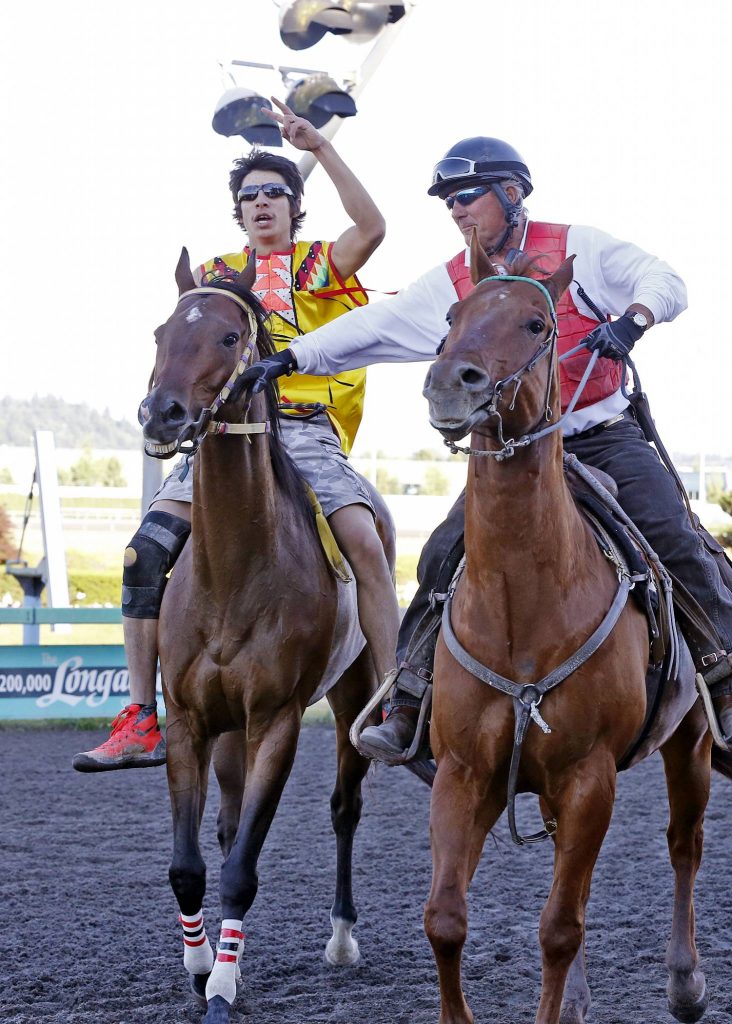 One of the nation’s most prestigious events, the Muckleshoot Gold Cup will feature three relay heats on Friday and Saturday, and two consolations and the $50,000 Gold Cup on Sunday.

In addition to three heats daily, a series of Indian-themed events will accompany the relays, along with the regular schedule of Thoroughbred races.

Gayle Skunkcap Jr., from Track Level, and Darrin Old Coyote, from high atop the grandstand, will announce all nine races, and Skunkcap will conduct post-race interviews following every race from the Winner’s Circle.

Carlson Relay of Browning, Montana, is the defending champion. In a new wrinkle this year, any team sweeping the Muckleshoot Gold Cup and the championship heat August 26 at Canterbury Park earns a $10,000 cash bonus.

The festivities were scheduled to begin Thursday evening with a welcome barbecue and entertainment in the North Park. 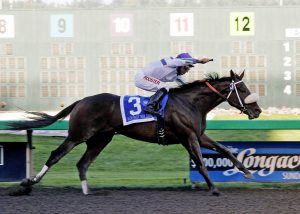 In addition to Indian Relay Racing, Emerald Downs’ has an enticing $42,633 in the $0.20 Pick 7 carryover Friday. The carryover is a track record for the Pick 7, introduced at the beginning of the 2017 season.

FINISH LINES: Rocco Bowen was favoring an ankle after being unseated in the gate prior to Sunday’s finale, but rides all seven races Friday including four morning line favorites. Bowen has ridden 178 of 203 Thoroughbred races this season or 86.7 percent. Bowen’s four-win day Sunday was the first this season by an Emerald Downs’ jockey, and he opened a 47-24 lead 24 on Kevin Orozco in the jockeys’ standings. . .Bowen and trainer Charles Essex are a combined 10-for-27 this season. . .Eswan Flores rides Emerald Downs’ track record-holder Kaabraaj in the $50,000 Albany Stakes at five furlongs on turf Saturday at Golden Gate Fields. . .Apprentice David Martin has an average $2 win payoff of $22.10, highest of any rider currently in the top-10 at Emerald Downs. A 24-year-old native of Guatemala, Martin recorded his first two-win day Sunday, scoring victories aboard Thorn Legacy ($23.40) and Ready Set Jet ($19.20). . . Northwest native Cassidy Burg has ridden 11 winners at Penn National, including a mammoth upset Wednesday on Jump Street Hero in a $33,000 allowance race. A 4-year-old Street Hero colt with one win in 13 career starts, Jump Street Hero won by 3 ½ lengths at odds of 149-1. . . Sunday’s fourth at Emerald Downs is an $18,5000 maiden special weight for 2-year-old fillies at 4 ½ furlongs. Goose Prairie, younger sister of Kaabraaj, is among 10 entered in the season’s second event for 2-year-olds. . .The field in Sunday’s third race has a combined 81 wins, with both and Memphis Mobster and Midda’s Gold Touch attempting to win their 20th career race. . .
Saturday’s simulcast of the Belmont Stakes is at 3:37 p.m. (PDT), between the 3rd and 4th races at Emerald Downs.
-##-