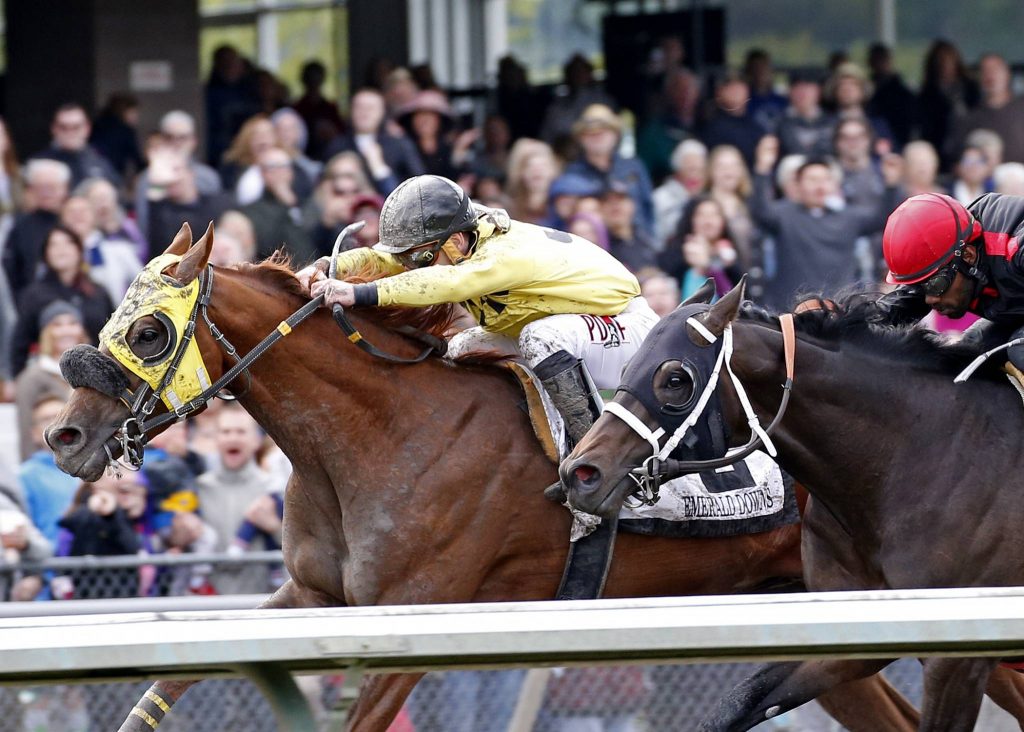 Sunday’s $50,000 Seattle Slew Stakes drew a large field of 10 sophomore colts and geldings to battle one mile in the final stepping stone to the Emerald Downs Derby next month.

Sharkzilla, upset winner of the Auburn Stakes at six furlongs, and Riser, dominant winner of the Coca-Cola Stakes at 6 1/2 furlongs, head the local contingent, while California shippers More Power to Him, Perfect Come Back and Ucanthankmelater add mystery and intrigue to the race.

More Power to Him is the most proven of the shippers, and perhaps the horse to beat Sunday. Conditioned by Faith Taylor for owner/breeder Brett Mason, the California-bred colt by Slew’s Tiznow has compiled a 3-3-1 record in 11 starts and tops the field with $160,653 in earnings. He also is a proven router, amassing three two-turn victories on Golden Gate’s Tapeta surface, and has earned checks in all five of his stakes appearances including seconds (via DQ) in the $200,000 El Camino Real Derby (G3) and $100,000 California Derby.

Although More Power to Him has never raced on dirt, he gets Rocco Bowen to ride and, despite his lofty credentials, gets 2 lbs from both Riser and Sharkzilla on Sunday.

Perfect Come Back also has never raced on dirt, but the Pleasantly Perfect gelding has banged out a series of steady route efforts for Tim McCanna at Golden Gate. Ucanthankmelater has two wins on dirt, including a recent $20,000 claimer at Santa Anita, but is stepping up in class Sunday.

Interestingly, none of the three shippers have speed, and Riser could again be stepping into a favorable pace scenario in the Slew. No doubt the Mizzen Mast colt is fast, earning Beyers of 86 and 80 while easily winning a 5 1/2 furlong allowance race and the 6 1/2 furlong Coca-Cola. But as we saw with 3-year-old filly Risque’s Legacy in the Irish Day Stakes last week, an additional 1 1/2 furlongs can be difficult to get.

Blaine Wright, who already has three stakes win at the meet, sends out Riser and Aqua Frio in the Seattle Slew. Those two dominated the Coca-Cola with Riser winning by 5 1/4 lengths in 1:15.26 while Aqua Frio was second by 2 3/4 lengths. Incidentally, Wright’s stakes wins have been blowouts, with 3-year-old fillies Alliford Bay and Top Quality winning the Seattle Stakes and Irish Day Stakes by 3 1/4 and 3 3/4 lengths, respectively, and Riser winning the Coca-Cola by 5 1/4. 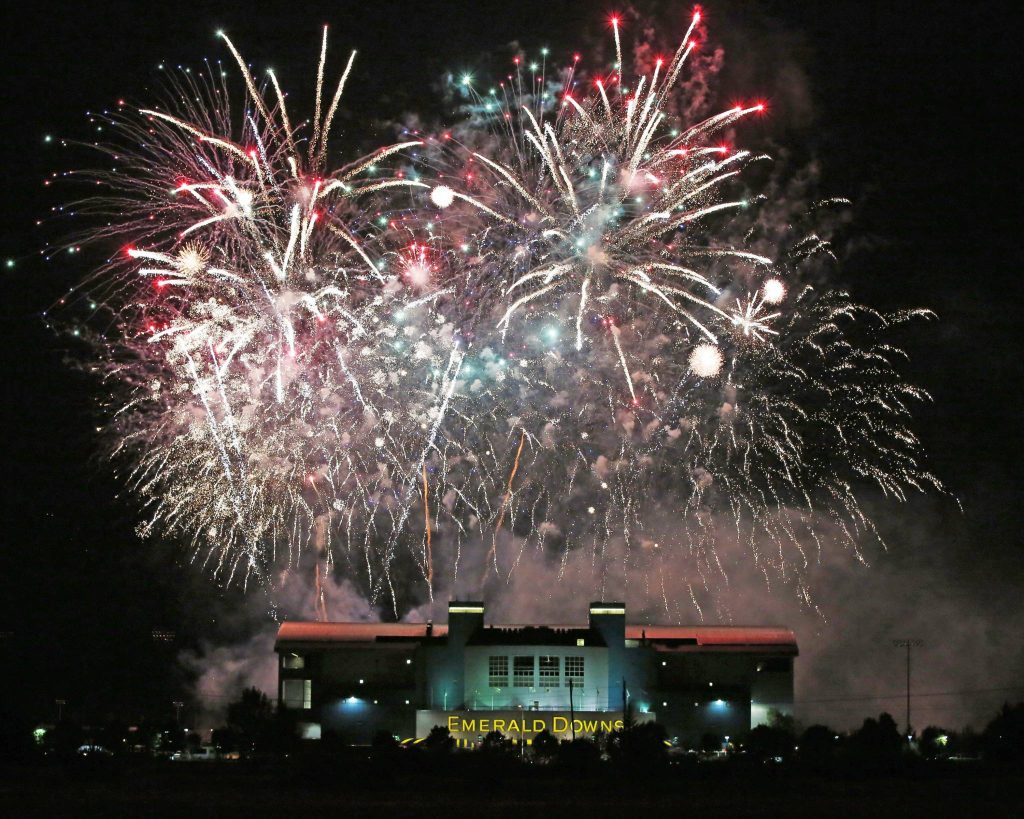 FOUR DAYS OF RACING THIS WEEK!

Reminder there is no live racing on Tuesday, July 4, although the facility will be open for simulcast racing. 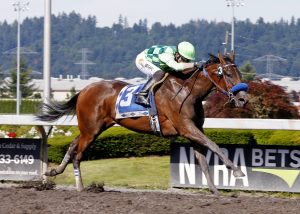 FINISH LINES: Friday marks the midway point of the 2017 season—Day 36 of the 72-day meeting. . .Blaine Wright has a winner on six of the last seven cards and 10 of the last 14. Wright ranks No. 1 with 23 wins including three stakes wins. Blame It On Royce, Kiss My Lulu and Top Quality all earned career-high Beyers with victories last week, and Top Quality ran the fastest mile of the meet, 1:34.88, while winning the Irish Day Stakes by 3 ¾ lengths. . .A pair of 2-year-old races are up this week: Saturday’s fourth drew a field of eight maiden special weight fillies at five furlongs and Sunday’s first race has six 2-year-old colts and geldings at five furlongs. In the latter, first-timer Sippin Fire (Harbor the Gold–Bahati) is a full brother to Gottstein Futurity winners Couldabenthewhisky and Del Rio Harbor. . .Kevin Krigger has returned to action and picked up one victory in six mounts last week at Pleasanton. . .Modern heads the field in Saturday’s $75,000 Lieutenant Governors’ Handicap on Canada Day at Hastings Racecourse. . .Entries for Monday’s July 3 Emerald Downs’ card will be drawn Friday. . .Wine At Nine in Friday’s feature for $25,000/$22,500 claimers, and Hello Brown in Saturday’s fifth race for $3,500 starter allowances, each bid to become the meet’s first four-time winners. . .In the jockeys’ race, Rocco Bowen begins the week with a 61-32 lead on apprentice Kevin Orozco and remains on pace to surpass his 110 wins in 2016. . .The Emerald Downs Soccer Club, led by Matt Dinerman’s hat trick, blasted Sno-Valley 11-6 Wednesday in indoor soccer action.