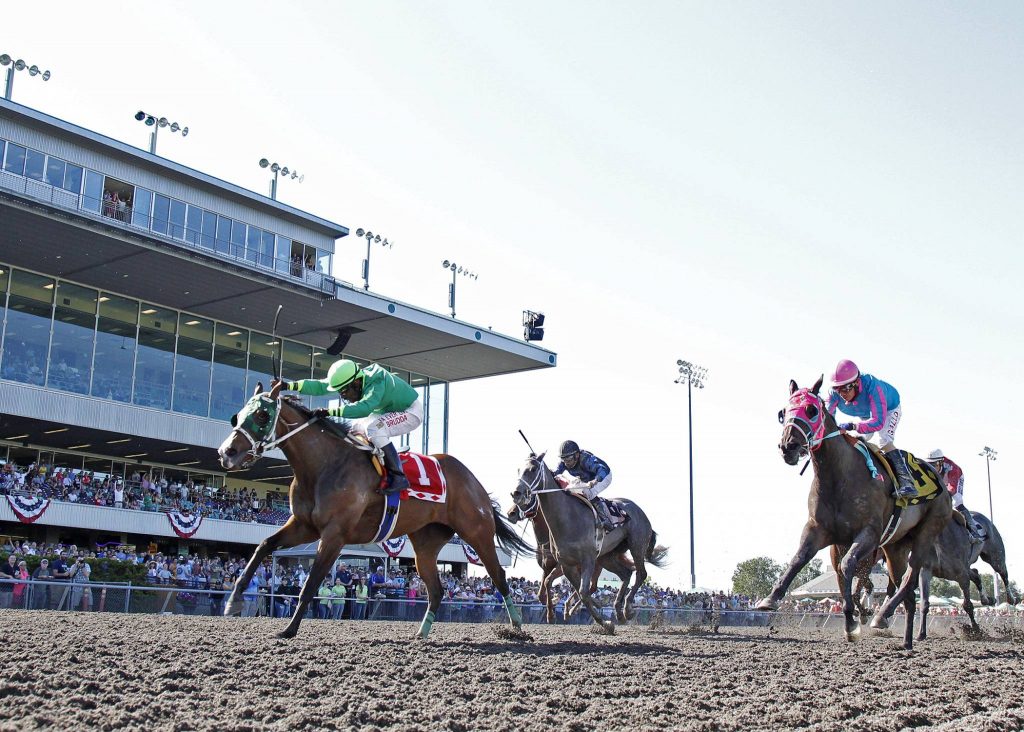 Risque’s Legacy (No. 1) edges Retreat Yourself in the Kent Stakes

It’s time for some route racing at Emerald Downs, and 3-year-old fillies are up first Sunday in the $50,000 Irish Day Stakes at one mile.

The Irish Day is the first of 13 two-turn stakes at the 2017 meeting and final steppingstone to the $75,000 Washington Oaks on Sunday, July 23. The race drew a balanced field of 10 led by Emerald Downs’ stakes winners Risque’s Legacy and Blazinbeauty, and Turf Paradise multiple stakes winner McKenzie Honey. It also features the top five finishers from last month’s 6 1/2-furlong Kent Stakes–Risque’s Legacy, Retreat Yourself, Blazinbeauty, Sorceress Warning and Reginella.

Most handicappers, however, believe that Risque’s Legacy will control the race under leading rider Rocco Bowen. Carrying high weight of 123 lbs–up four lbs from her victory in the Kent–Risque’s Legacy is one of three horses routing for the first time Sunday. State champion 2-year-old filly of 2016, the daughter of Atta Boy Roy-Risque Humor is 3-1-0 in four starts with earnings of $73,185 for Karl Krieg.

Tom Wenzel, trainer of Risque’s Legacy, won the Irish Day three straight years with Elusive Noise (2011), Exclusive Diva (2012) and Stopshoppingdebbie (2013), and is excellent on the stretch out with a 39-for-198 record the last five years and a positive ROI.

Speaking of trainers with stakes success, Doris Harwood is No. 1 all-time with 66 stakes wins at Emerald Downs, and she sends out Retreat Yourself and Little Dancer in the Irish Day. Like Risque’s Legacy, Retreat Yourself, by Harbor the Gold-Retreat After Me, has never raced beyond 6 1/2 furlongs but is 2-1-0 in five starts and was gaining on Risque’s Legacy in the Ment. Little Dancer, by Successful Appeal-Jack’s Little Girl, gets an acid test after two sprint scores including an allowance tally on May 20.

Frank Lucarelli, who saddled Mach One Rules to a dramatic win in the Budweiser Stakes last week, sends out Darrin Paul’s consistent Blazinbeauty in the Irish Day. A six-length winner vs. males in the mile and one-sixteenth Gottstein Futurity last year, the daughter of Tale of Ekati-Rockport Beauty comes into the race off thirds in the Seattle Stakes and Kent Stakes, and appears to be crying out for more distance.

ACTION HEATING UP AT EMERALD DOWNS

No need to bring a parka to Emerald Downs’ this weekend. The weather forecast calls for heat, with temperatures expected to soar into the mid-90s for Sunday’s 10-race card. Here is the weekend forecast: Friday-clear & high of 81 degrees, Saturday-clear & 88, Sunday-clear & 94. 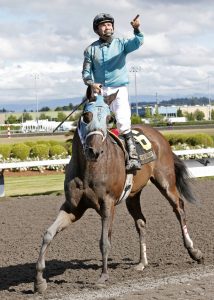 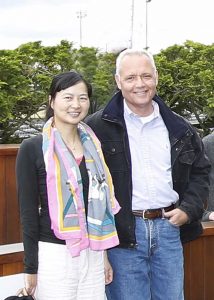 FINISH LINES: Blaine Wright was 4-0-1 in six starts to earn honors as Las Margaritas Trainer of the Week, and with 20 wins in the first 32 days, he’s pace for a second straight Emerald Downs’ training title. . .Wright also finished third with 38 wins at Golden Gate Fields, which wrapped up its 2016-17 winter/spring meet Sunday. Frank Lucarelli tied for eighth with 24 wins while Julie Couton finished seventh in the jockeys’ standings with 60 wins. Winner of the 2015 Emerald Downs’ riding title, Couton begins riding here this week. . .Five horses are triple winners at the meet: Hello Brown (5-3-1-0), Wine At Nine (4-3-1-0-), Rockport Birdie (4-3-0-1), Jerre to Carrie (3-3-0-0) and Exit Sixty Slew (3-3-0-0). . .John Parker tops the owners’ standings with eight wins, although Two Putts for the Win, composed of Dean Mazzuca and several partners, have 10 wins overall. . .The field in Sunday’s 5th race has a combined 74 career wins, with Memphis Mobster (20) and Midda’s Gold Touch (19) leading the way. . .The Northern California Fairs, scheduled to begin Thursday, were pushed back a day due to oppressive heat in Pleasanton. . .Ronald Richard, who rode three winners here in April/May, has shifted his base to Hastings Racecourse. . .Sunday’s feature at Hastings is the $50,000 Emerald Downs Handicap for 3-year-old fillies, with Daz Lin Dawn aiming for her third stakes win of the meeting. . .2-year-old races are faring well this season. Last week’s maiden special weight won by Vicente’s Shadow drew 10 entrants, and Saturday’s $25,000 maiden claimer for 2-year-olds drew a field of eight with the the Tom Wenzel-trained Hey Sequoia the 3-to-1 morning line favorite. . .The jockey/trainer combination of Eswan Flores and Wright is 5-for-6 at the meet including a $25.80 mutuel with Vicente’s Shadow.
-##-