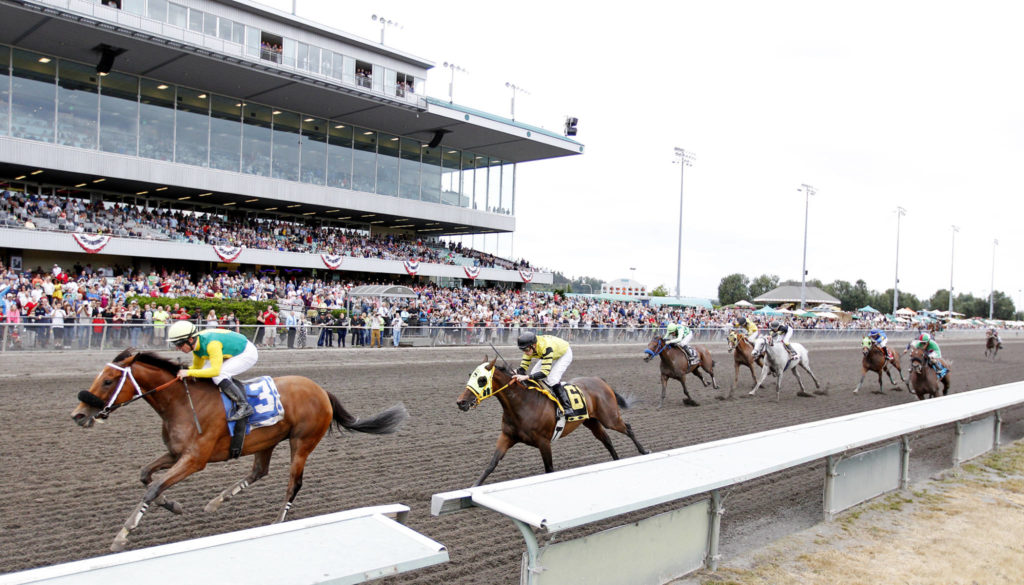 AUBURN, Wash. (August 13, 2017) – Citizen Kitty proved she is without doubt the track’s top older filly or mare with a 1 1/2-length victory over a reslient Little Dancer in Sunday’s $65,000 Emerald Distaff.

In perfect position throughout, Citizen Kitty swung three-wide into the lane and gradually wore down Little Dancer to win going away. Her final time is nearly two seconds faster than the winning time in the Emerald Downs Derby two weeks ago.

“Everything went like we hoped it would,” Couton said.”She saved ground and ran with a lot of heart. She’s a top mare.”

Little Dancer, a 3-year-old facing older fillies and mares, took over from Pyscho Sister into the lane and battled bravely to the wire. Ridden by William Antongeorgi at 116 lbs,Little Dancer paid $10.80 and $6.

Top Quality, also a 3-year-old, rallied from ninth to grab third and paid $7.20 to show. Kevin Orozco was aboard at 116 lbs.

California invader Plastered, the 3-to-2 betting favorite, finished an even fourth while Chornolgic’sghost, Victress, Blazinbeauty, Pyscho Sister, Reginella and Princess Kennedy completed the order of finish.

A bay by Proud Citizen-Katowice, Citizen Kitty has been a picture of consistency this season, compiling three wins and two seconds in five starts including stakes wins at six furlongs, one mile and 1 1/8 miles. She’s a cinch to be voted the meet’s Top Older Filly or Mare, which is the same honor bestowed upon E Z Kitty for Metz and the Mallers in 2013.

Little Dancer also continued an her excellent season, improving to 3-1-0 in five starts with earnings of $71,725. Winner of the $75,000 Washington Oaks last month, Little Dancer earned $13,000 Sunday for owner Ron Schmid of Seattle. 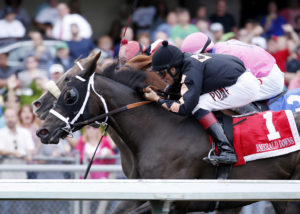 Metz enjoyed a spectacular afternoon Sunday at Emerald Downs. Thirty minutes before Citizen Kitty captured the Distaff, B C Z Middleton rode the rail and scored a neck victory over Profound Moment in the $25,000 King County Overnight Stakes for older fillies and mares. 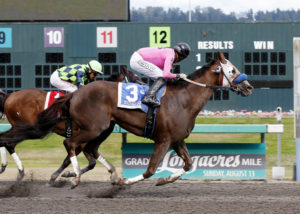 One of the top sprinters on the grounds, Emmett Park surged from last in a seven-horse field for a three-quarter-length victory in the $25,000 Pete Pedersen Stakes for 3-year-olds and up.

Blame It On Royce, Wine At Nine, Hit the Beach, Bet the Harbor and Huya completed the order of finish.

NOTES: First-time starter My Heart Awakens ($14.40) rallied inside to capture the $18,500 maiden special weight for 2-year-old colts and geldings in 1:04.29 for 5 ½ furlongs. Owned and bred by Coal Creek Farm, the winner is a Kentucky-bred by Alternation-My Untamed Heart. . .Coal Creek Farm and Martinez enjoyed a big day at big odds. My Heart Goes On, older sister of My Heart Awakens, finished third at 44-1 in the King County Overnight Stakes, and Dedicated to You finished third at 82-1 in the Longacres Mile. . .After missing two days with a thumb ailment, Julien Couton rode three winners Sunday including Citizen Kitty in the $65,000 Emerald Distaff. . .88-year-old trainer Bob Meeking made it three straight winning days as O’Rally rallied under Couton for a nose victory in the nightcap. . .Blaine Wright had two wins Sunday and set an Emerald Downs’ career high with 40 wins this season. Wright captured the 2016 training title with 39 wins. . .The $0.50 All Stakes Pick 4 paid $1,353.70. B C Z Middleton was the knockout punch for the vast majority of players. . .There are 15 more days of live racing in 2017 beginning with a seven-race card Friday at 6:30 p.m.
–##–