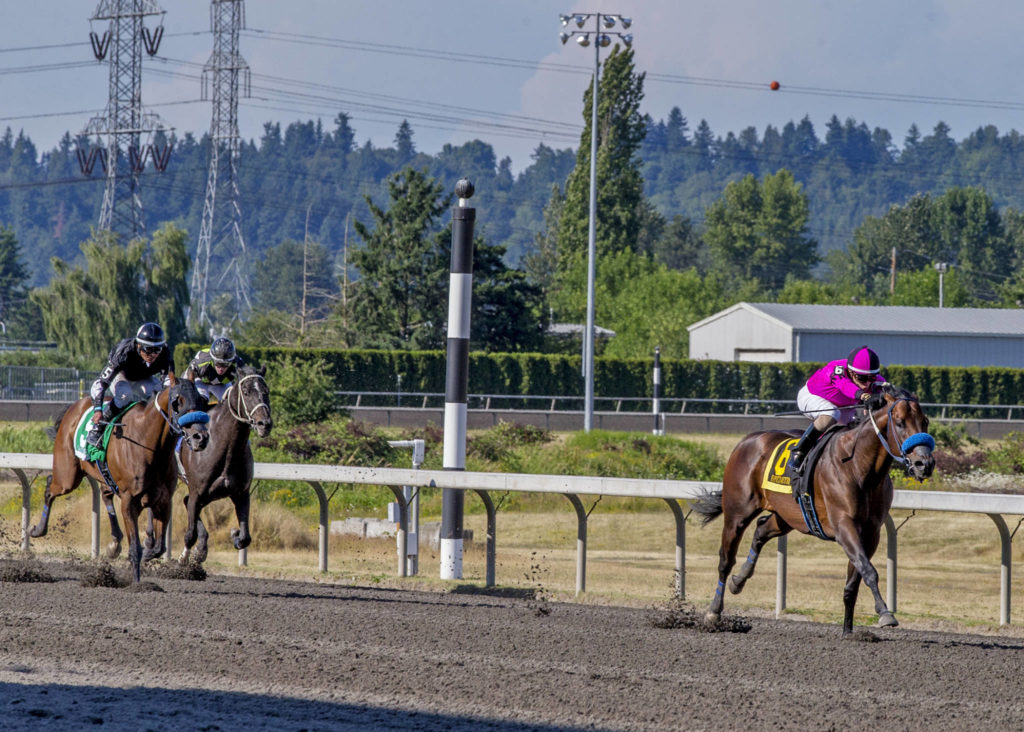 AUBURN, Wash. (June 30, 2019) – Stamping himself as the top local contender for the Longacres Mile in six weeks, Anyportinastorm blitzed a solid field of older horses in Sunday’s $50,000 Budweiser Stakes at Emerald Downs.

A 5-year-old by City Zip, Anyportinastorm blazed 6 ½ furlongs in 1:14.35 and romped home 6 ½ lengths clear of stable mate Oh Marvelous Me in another convincing performance.

With Juan Hernandez riding at high weight of 124 lbs, Anyportinastorm paid $2.40, $2.10 and $2.10 as the prohibitive 1 to 5 choice in the wagering. Blaine Wright—winning his sixth stakes already this season—is the winning trainer for Peter Redekop of Vancouver, B.C.

Breaking alertly from the No. 6 post, Anyportinastorm led through fractions of :22.66, :44.92 and 1:08.26, entered the stretch three lengths clear of Oh Marvelous Me, and drew off to win with total authority.

Anyportinastorm’s winning time represents the fastest 6-½ furlongs of the meet and is two ticks off Mach One Rule’s stakes record set two years ago. Anyportinastorm also ran the meet’s fastest six furlongs, 1:07.54, while winning the $50,000 Governor’s Stakes four weeks ago.

“When I asked him at the quarter-pole, he responded very well,” said Hernandez, now a lofty 7 for 12 lifetime with six stakes wins at Emerald Downs. “Today he was on fire.”

Oh Marvelous Me, ridden by Juan Carreno at 120 lbs, ran another excellent race to finish second and paid $4.40 and $3. Owned by Todd and Shawn Hansen, Oh Marvelous Me has finished in the money in four straight stakes at Emerald Downs—thirds in last year’s Longacres Mile and Pete Pedersen Overnight Stakes, and seconds in this year’s Governor’s Stakes and Budweiser Stakes.

Hit the Beach, ridden by Jose Zunino at 120 lbs, finished with a late rush for third and paid $4.80 to show, while Grinder Sparksaglo, El Huerfano, Elliott Bay and Many Roses rounded out the order of finish.

El Huerfano, second choice at 9 to 2, was off a step slow and never really got untracked Sunday.

NOTES: Wright has finished first and second in three stakes this season and has zoomed into seventh place all-time with 37 stakes wins at Emerald Downs, including 26 the last three seasons. . . Anyportinastorm accounted for $40,327 of $59,338 in the win pool and $28,904 of $36,817 in the show pool. . .For Wright and Hernandez, the victory atoned for last year’s Budweiser in which Riser was disqualified and placed last for interference leaving the starting gate. . .Canadian invader Under Par ($6.20) zipped six panels in 1:08.64 to take the $18,500 Gold Rush Dancer Purse for older fillies and mares. A 4-year-old Stephanotis filly, Under Par is 7 for 11 lifetime for trainer Mark Cloutier and owners Canmor Farms and Maureen Gross. . .Reddy to Star ($15) delivered a flashy victory for trainer Doris Harwood in Sunday’s $18,500 maiden special weight for 2-year-olds, running five furlongs in :59.07 under Javier Matias for Shady Valley Ranch and Jeff Harwood. Reddy to Star (Abraaj-Hit a Star) is the younger brother of Emerald Downs’ stakes winners Daytona Beach and Hit the Beach (third in the BudweiserGovernor’s). . .Matias recorded his third straight riding double to gain sole possession of second place with 27 wins. . .Gary Wales rode one winner—his 19th straight day with at least one win—and tops the riders’ standings with 43 wins. . .Juan Gutierrez also had a two-win day Sunday and is tied for fourth with 24 wins. . .Anyportinastorm gave Wright his 10th straight day with a training victory. . .Frank Lucarelli also had a win Sunday and leads Wright 28-22 in the overall trainers’ standings. . .In stakes wins, Wright has six while Roddina Barrett and Dan Markle are tied for second with one win apiece. . . .Saturday, Mike Man’s Gold tied the track record with his 21st victory at Emerald Downs. Sunday, younger brother Mike Man’s Bro ($4.60) won his second straight at Emerald Downs and 10th career win overall with a head victory in race three. . . Wednesday racing this week followed by the Fireworks Spectacular afterward. First post 5 p.m. 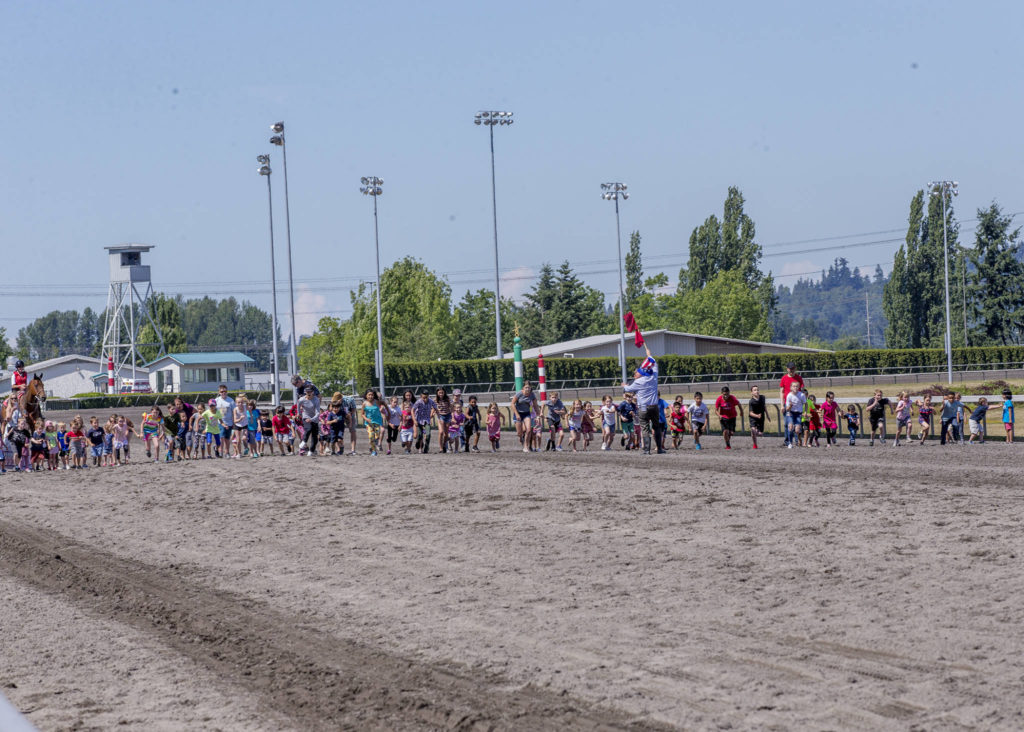