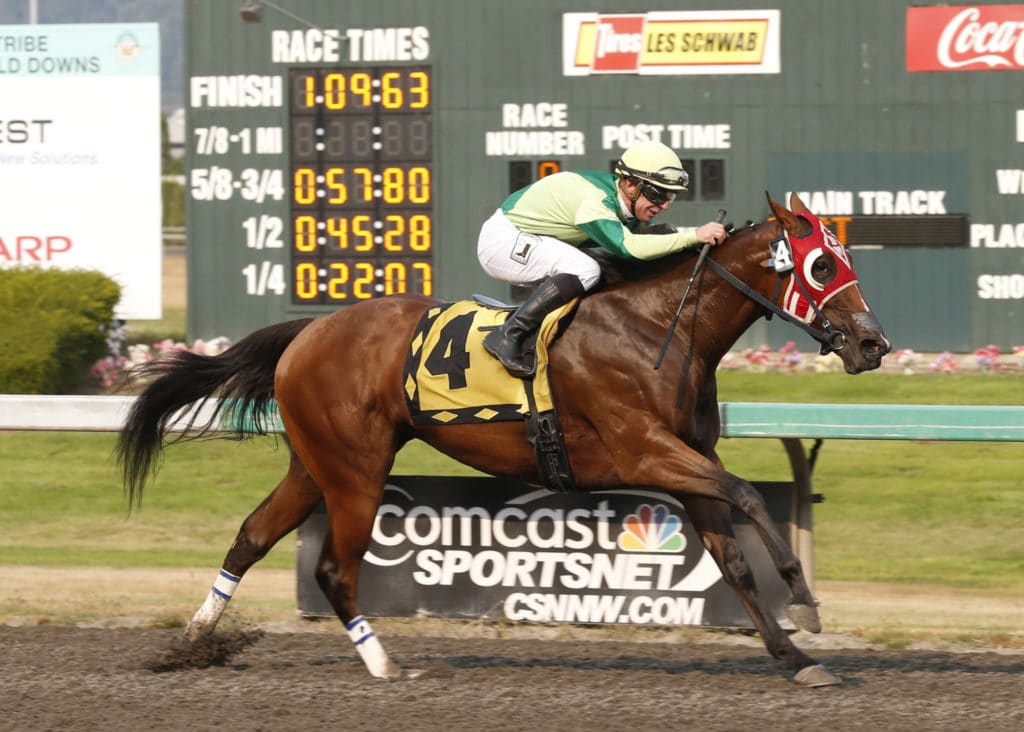 A Washington-bred by Harbor the Gold trained by Blaine Wright, Bella Mia won three stakes and over $90,000 for owners John and Janene Maryanski last year. In fact, Bella Mia led every step while reeling off four straight wins, including scores in the Angie C, Barbara Shinpoch and Washington Cup Juvenile Stakes, and was unanimously voted Emerald Downs’ champion 2-year-old filly.

At six furlongs, the Seattle is the first of 29 stakes worth $1,630,000 to be run this season, and kicks off the four-race series for sophomore fillies that includes the June 10 Kent Stakes at 6 ½ furlongs, July 1 Irish Day Stakes at one mile and July 22 Washington Oaks at 1 1/8 mile.

Although Bella Mia has earned the marquee, talent runs deep in the 3-year-old filly division.
Wright and owner Peter Redekop, who teamed with Alliford Bay to win the 2017 Seattle, appear to have another exciting prospect with Toni Ann’s Miracle. A Florida-bred by Hear No Evil, Toni Ann’s Miracle compiled a 4-3-1 record in 11 starts and over $120,000 in earnings in her home state, and comes off a 5 ¼-length win (78 Beyer) vs. allowance foes at Gulfstream Park.

Sue and Tim Spooner’s Ima Happy Cat comes off a sparkling maiden special weight victory at Golden Gate Fields, running six furlongs in 1:09.80 and earning a 74 Beyer. Her dam, Infernal McGoon, was a multiple Emerald Downs’ stakes winner and state and track champion in 2004. Blue Ribbon Racing #16 also has a top prospect in Spot On, a daughter of Nationhood-Sudden Departure that raced to a four-length victory vs. maiden special weights in her debut here last month.

Carol Duby’s Stay in Grace was a multiple stakes winner last winter at Portland Meadows, and Paul Treasure’s Im the Queen was stakes-placed twice this spring at Turf Paradise and finished third to Diamonds R and Brilliant Bird in a May 5 allowance race.