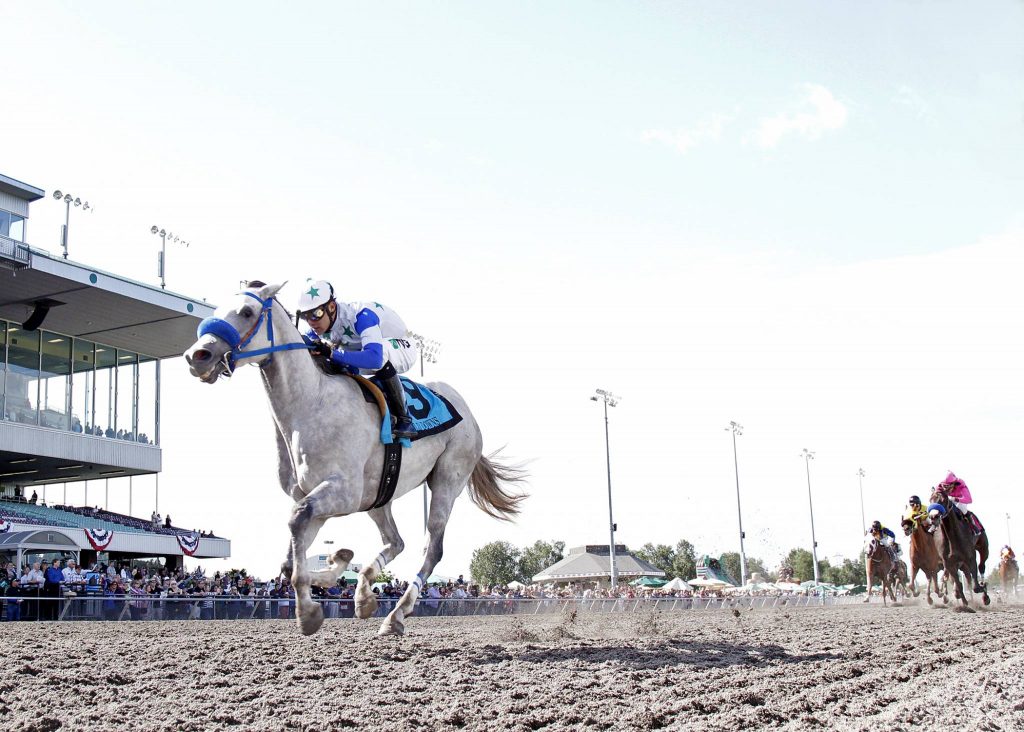 Riser, 5 ¼-length winner of the 6-½ furlong Coca-Cola Stakes, and Sharkzilla, upset winner of the six-furlong Auburn Stakes, have each captured a leg of the 3-year-old series to date.

An Ohio-bred trained by Blaine Wright—currently No. 1 in wins and stakes wins—Riser has been dominant in two starts at the meet, earning an 86 Beyer for a 7-length allowance win at 5 ½ furlongs and an 80 Beyer for his powerful victory in the Coca-Cola. A gray Mizzen Mast colt, Riser smoked six furlongs in 1:10 Sunday in a tune-up for the Seattle Slew.

More Power to Him, Perfect Come Back and Ucanthankmelater have all been racing in California.

Perfect Come Back also has never raced on dirt, but has a pair of one-mile wins on synthetic and was fourth in the $75,000 Alcatraz Stakes at one mile on turf.