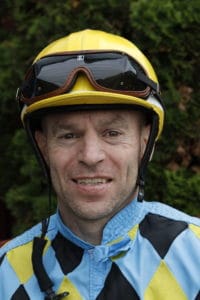 AUBURN, Wash. (July 17, 2018) – The Washington Racing Hall of Fame has announced 15 finalists in four categories eligible to win the state’s highest honor in Thoroughbred racing for 2018.

Four finalists were announced in the Male Horse, Jockey and Trainer categories, and three finalists in the Breeder category. The winners will be decided by votes from a 16-member committee composed of media, track officials, WTBOA and HBPA.

The 2018 induction ceremony will be held in conjunction with Washington Cup on Sunday, September 9.

Trainers’ finalists include Doris Harwood and Frank Lucarelli, both active at Emerald Downs, along with Cecil Jolly and Ruth Parton. Harwood is No. 1 all-time with 67 stakes wins at Emerald Downs while Lucarelli currently ranks only one win back of 2011 Hall of Fame inductee Tim McCanna (929-928) for most wins in Emerald Downs’ history. Jolly is most remembered for winning the 1957 Santa Anita Derby with Sir William (2006 Washington Hall of Fame inductee), and Parton was the first woman to receive a trainer’s license in American turf history.

Jockeys’ finalists include a pair of active jockeys, Juan Gutierrez (sidelined with a shoulder injury) and Jennifer Whitaker, along with Basil Frazier and Richard “Tex” Hollingsworth. Gutierrez (photo left) ranks No. 2 all-time with 1,320 wins at Emerald Downs, while Whitaker (photo right) is the No. 1 woman rider in track history with 475 wins and the only woman rider to win the Longacres Mile in its 82-year history. Frazier won over 2,200 races riding mainly in Washington and British Columbia and Hollingsworth finished No. 5 all-time in Longacres stakes victories. All four finalists have Longacres Mile wins on their resumes.

In the Male Horse category, Georgie Drum, Hank H., Mustard Plaster and Sirde compose this year’s finalists. Named after Washington Hall of Fame Breeder George Drumheller, Georgie Drum made national headlines in 1944 while defeating a star-studded field that included Kentucky Derby winner Pensive in the Stars & Stripes Handicap. A foal of 1943, Hank H. retired in 1953 as leading earner in Washington history and is one of only three horses to win the Longacres Mile and Washington Futurity. Mustard Plaster, 1964 Washington Horse of the Year, defeated the great Kelso in the Californian at Hollywood Park. Sirde, a 1941-foaled son of *Mio d’Arezzo was the first Washington-bred to hit the $100,000 mark.

The Breeding category alternates between pre-and-post 1970 accomplishment. Pre 1970 will be honored in 2018, with C.F. Flower, Maurice McGrath and Penney Family named finalists.