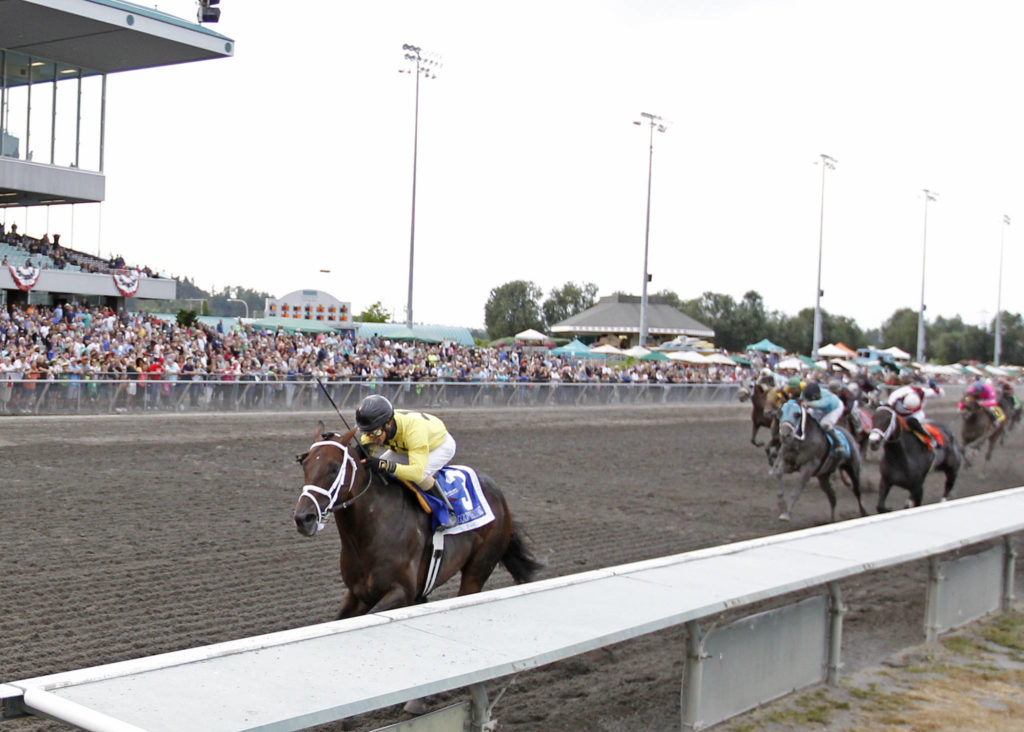 A 4-year-old California-bred colt by Private Gold-Dances On Water, Gold Rush Dancer earned $110,000 to push his bankroll to $510,613. His record is 6-3-3 in 18 starts including five stakes wins—three vs. state-breds in California and the Longacres Mile and Gottstein Futurity at Emerald Downs.

Dedicated to You, with Leonel Camacho-Flores riding at 117 lbs, held on well for third at odds 0f 82-1 and paid $16.20 to show, while Barkley turned in another solid effort for fourth. Point Piper, the defending champion, finished fifth, and 2014-15 Mile winner Stryker Phd closed ground to finish sixth. 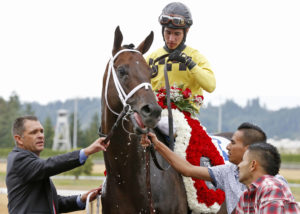 Belvoir becomes the first person to win the Longacres Mile as both a jockey and trainer, and Sunday’s victory was never in doubt. Tracking Dedicated to You through fractions of :22.86, and :45.81, Gold Rush Dancer took command a half-mile from home, opened a three-length lead on the turn and poured it on through the stretch.

“When he broke well and was in a good position going into the first turn I thought he had a good chance,”  said Roman, a native of Puerto Rico and current leading rider at Del Mar. “When we started going down the backstretch I had a lot of horse. When we hit the half-mile pole I knew he was the winner. “

“This was our goal for a long time,” he said. “(Gold Rush Dancer) had no issues but we gave him a break. This was his third start back and he ran his best race.” 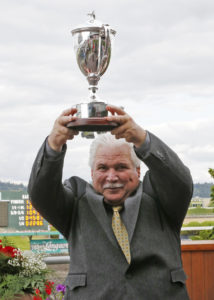 For Parker, leading owner the last two years at Emerald Downs, winning The Mile is a great thrill.

“My horse has been awesome, and Vann has done a great job with him the last two years,” Parker said. “It was awesome to have the horse come back home to win the big race.”