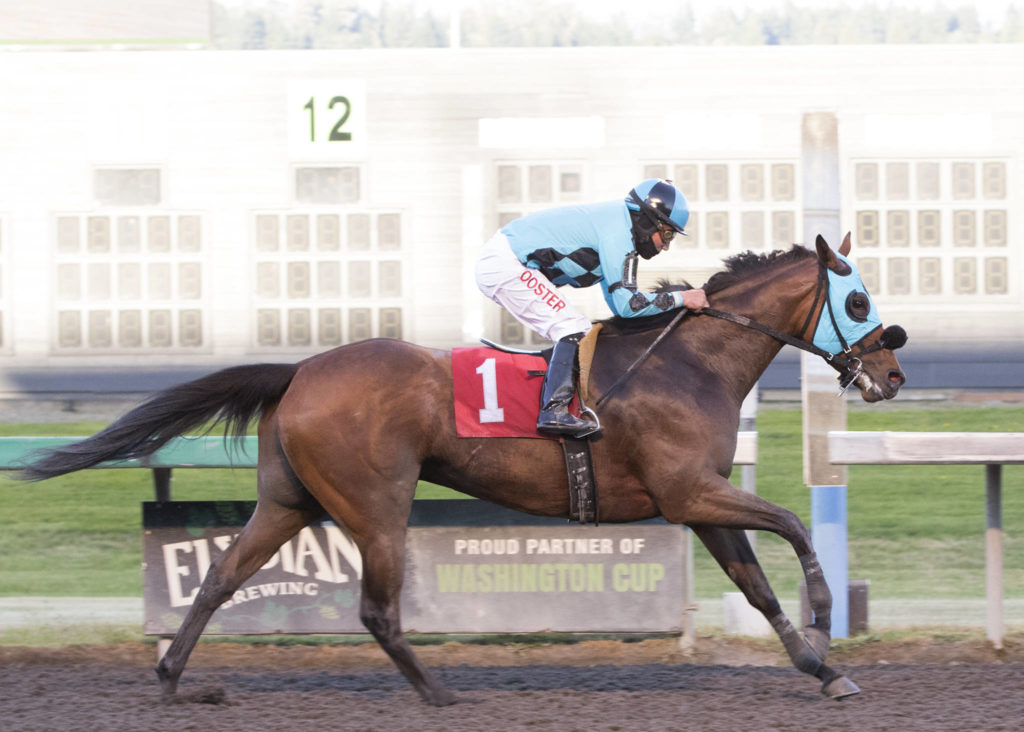 AUBURN, Wash. (June 3, 2021) – Cascade Dancer rallied past For You Only in the final furlong and scored a two-length victory Thursday in the $20,900 Redhook Brewery Purse for fillies and mares at Emerald Downs.

Ridden by Javier Matias, Cascade Dancer ran 5 ½ furlongs in 1:04.45 and paid $16 as fourth choice in a field of six. Kay Cooper is the winning trainer for owner Robert Edward Donnell.

A 4-year-old Washington-bred by Nationhood-Muchas Coronas, Cascade Dancer is 2-0-0 in three career starts with earnings of $21,880. She is the older sister of unbeaten La Una, winner of the feature race last Thursday at Emerald Downs.

For You Only, the 3 to 5 favorite ridden by Jennifer Whitaker, set fractions of :21.72 and :45.50, maintained a short lead into the stretch, but yielded to the winner past mid-stretch. Tothemoonandback, also trained by Cooper, finished third, while You Go Girl, She Owns the Paynt and Madigan Squeeze completed the order of finish. 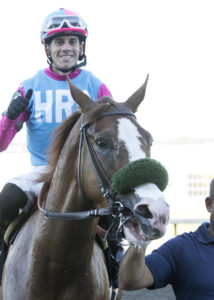 With a victory aboard Mamacallmeboo in Thursday’s second race, jockey Alex Cruz established a track record for most consecutive winning days by an Emerald Downs’ jockey.

Cruz now has at least one victory on 31 straight racing days at Emerald Downs, topping the old mark of 30 set by Kevin Radke in 2003.

NOTES: Total mutuel handle was a season-high $2,038,256. . .Coincidentally, Cruz and Radke each rode three winners on Thursday’s 10-race card. . .Through three weeks of racing, Julien Couton leads Cruz 12-9 atop the standings. . .The amazing Mike Man’s Gold ($3.40) made it two for two at the meet and boosted his all-time track record victory total to 25 in Thursday’s eighth race, holding off Cats Surfin in a stirring stretch drive for the victory. Ridden by Radke, the 11-year-old gelding ran six furlongs in 1:09.95. Mike Man’s Gold also moved ahead of The Great Face into seventh in all-time track earnings with $343,754. . .Tim McCanna saddled two winners Thursday. . .Slew’s Tiz Whiz returned a season-high $43.40 to win in Thursday’s fifth race, leading gate to wire in 1:10.22 for six furlongs under Eddie Martinez for trainer Tom Wenzel. . .Trainer Vince Gibson won a five-way shake for Burn Me Twice, romping winner of the Thursday opener at odds of 3 to 5. . .Trainer Richard Rennie scored his first career win at Emerald Downs with Lodestone ($13.40) in race three. . . Trainer Steve Menne also notched his first career Emerald Downs win, scoring with Final Rose ($13.80) in race six. . .Juan Gutierrez was off his remaining amounts after sustaining a bruised knee in a gate mishap before the third race. . .Live racing resumes Wednesday with first post 6 p.m.
–##–