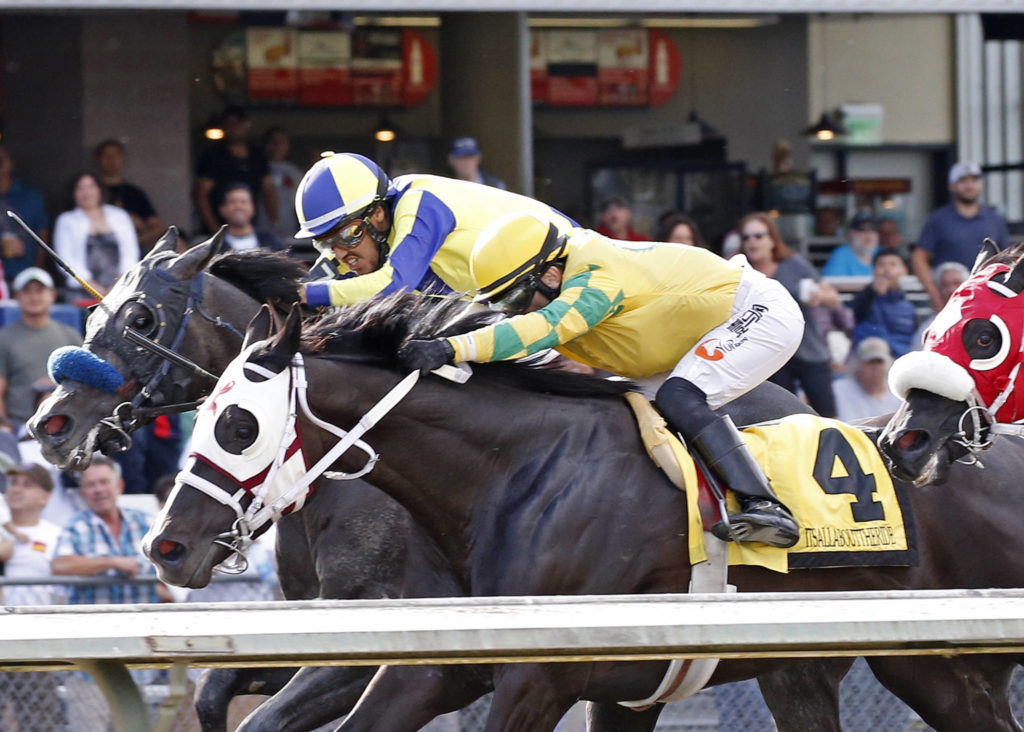 Itsallabouttheride dueled between A View From Above and Little Casino, with the trio of sophomores clicking off splits of :22.03, and :44.03 for the quarter and half-mile. Straightening into the lane, Itsallabouttheride took a short lead over A View from Above and braced for the oncoming Executive Chef in a three-horse drive to the wire.

“I was a little worried about (Executive Chef), but my horse responded when I asked him,” said Gutierrez, No. 2 all-time with 74 stakes wins at Emerald Downs.

Runner-up to Executive Chef in the Auburn Stakes last month, Itsallabouttheride turned the tables in a burgeoning rivalry. A Washington-bred by Harbor the Gold that sold for $13,000 in 2020, Itsallabouttheride is 2-1-2 in five career starts with earnings of $55,569, including $27,500 for the Irish Day.

Executive Chef, ridden by Kevin Orozco at high weight of 123 lbs., rallied four deep into the lane and closed well to just miss the victory, returning $3 and $2.60 for place and show. A Virginia-bred by Cairo Prince, Executive Chef is 2-3-1 in six starts with earnings of $71,300.

A View From Above, with Leslie Mawing aboard at 121 lbs, held on gamely through the stretch, finishing a half-length behind Executive Chef, and paid $3.80.

David Jacobsen of the Irish Heritage Club served as honorary steward for the Irish Day Stakes. 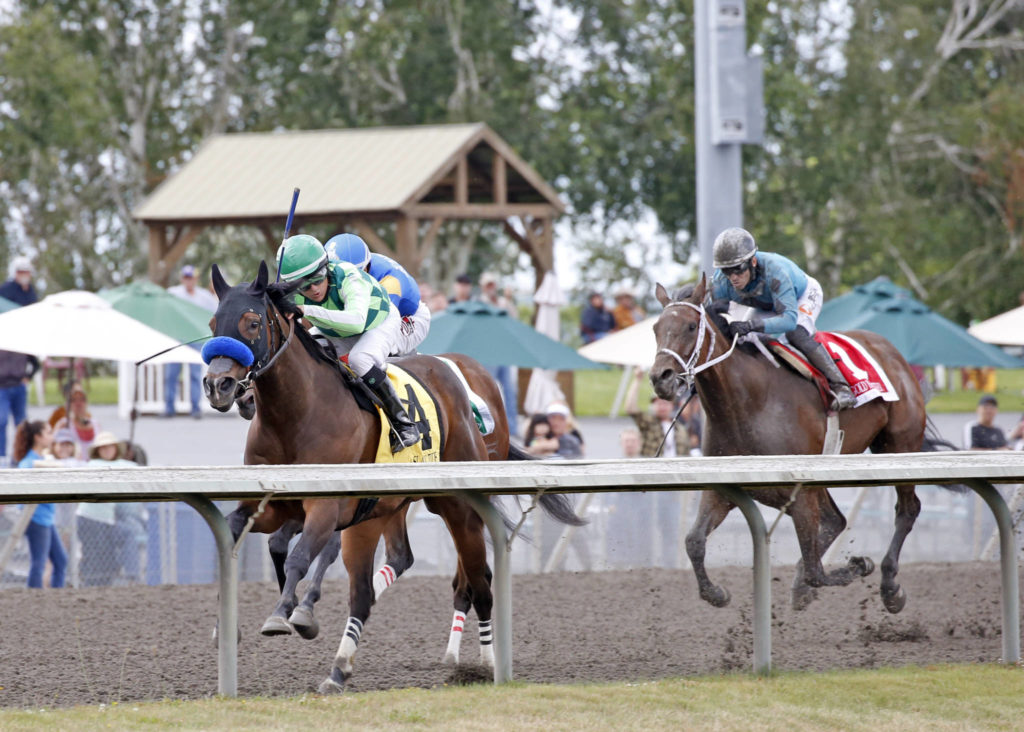 The race was a virtual repeat of the Seattle Stakes four weeks ago, as Slack Tide withstood early pace pressure before drawing off late for the victory. Slack Tide from the inside and Unsolved Mystery raced head and head nearly the entire way, dueling through fractions of :22.11, :44.35, and 1:08.78, with Slack Tide finally kicking clear in the final furlong for the victory.

“Blaine told me to do whatever I want, and do it confidently, and we’d probably be in front,” Radke said.
A Kentucky-bred by Shaman Ghost, Slack Tide now has three stakes wins at Emerald Downs—Angie C Stakes in 2021, Seattle Stakes and Kent Stakes in 2022—and is 4-2-0 from seven starts overall with earnings of $112,850. Sunday’s win was worth $27,500.

Unsolved Mystery, ridden by Alex Cruz at 122 lbs, ran a solid race in defeat, holding second after the elongated duel with Slack Tide. Off at odds of 7 to 1, Unsolved Mystery paid $5.40 and $2.80.
Gold N Glitter, 3 to 1 second choice ridden by Juan Gutierrez at 120 lbs., finished with a late rally to grab third and paid $2.40. It was 8 ¾ lengths back to Roper N Wranglers in fourth place while Tiz a Macho Girl, Koron, and Zazen rounded out the order of finish.