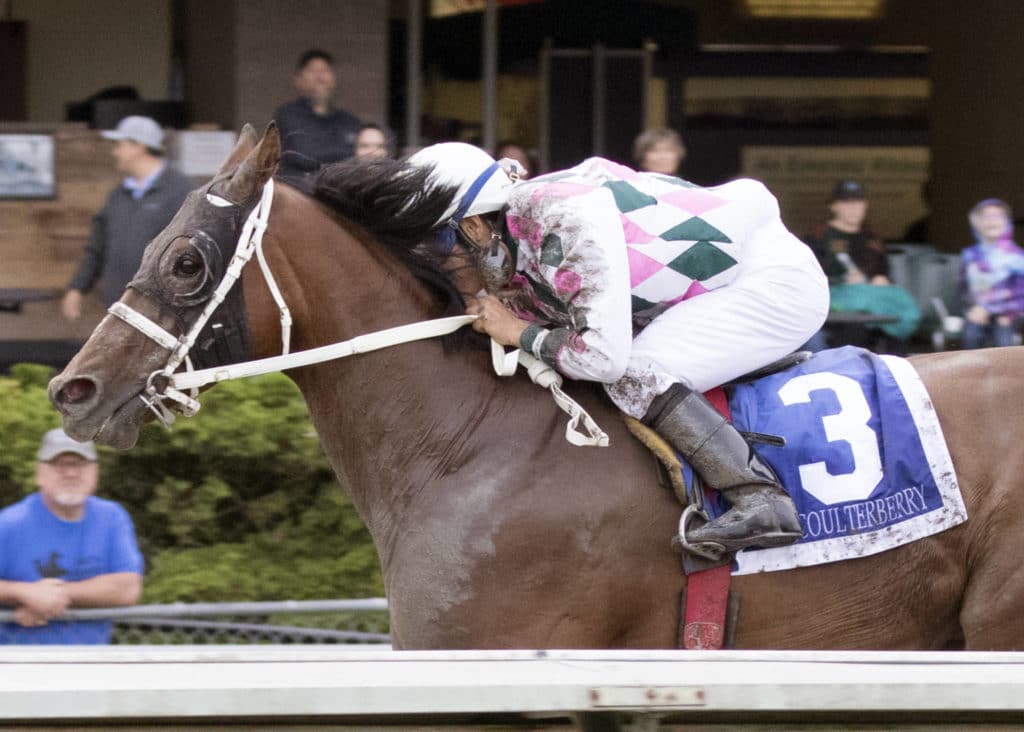 COULTERBERRY GETS THE MONEY IN CLASSIC

AUBURN, Wash. (September 15, 2019) – Canadian invader Coulterberry powered through the lane for a 1 & 3/4-length victory over Trump Itz in the $50,000 Muckleshoot Tribal Classic for 3-year-olds and up Sunday at Emerald Downs.

While Grinder Sparksaglo and Mike Man’s Gold sizzled through fractions of :22.73, :45.21 and 1:09.16, Coulterberry lagged some 10 lengths off the pace. Rallying four-wide into the lane, Coulterberry collared the leaders inside the eighth pole and drew off with authority.

“When I asked him, he really came with a fast move today,” said Perez, whose previous Emerald Downs’ stakes win was aboard Herbie D in the 2013 Longacres Mile. “He handled the (sloppy track) no problem.”

Cloutier and Perez nearly doubled Sunday, but their Under Par was edged out by No Talking Back in the $50,000 Washington Cup Filly & Mare.

Hit the Beach rallied in tandem with Coulterberry into the stretch, and was nipped by Trump Itz for the place. The defending Muckleshoot Tribal Classic champion, Hit the Beach paid $3.20 to show.

Elliott Bay, Grinder Sparksaglo, Makah Lane and Mike Man’s Gold rounded out the order of finish. Sippin Fire and The Press were scratched earlier in the day. 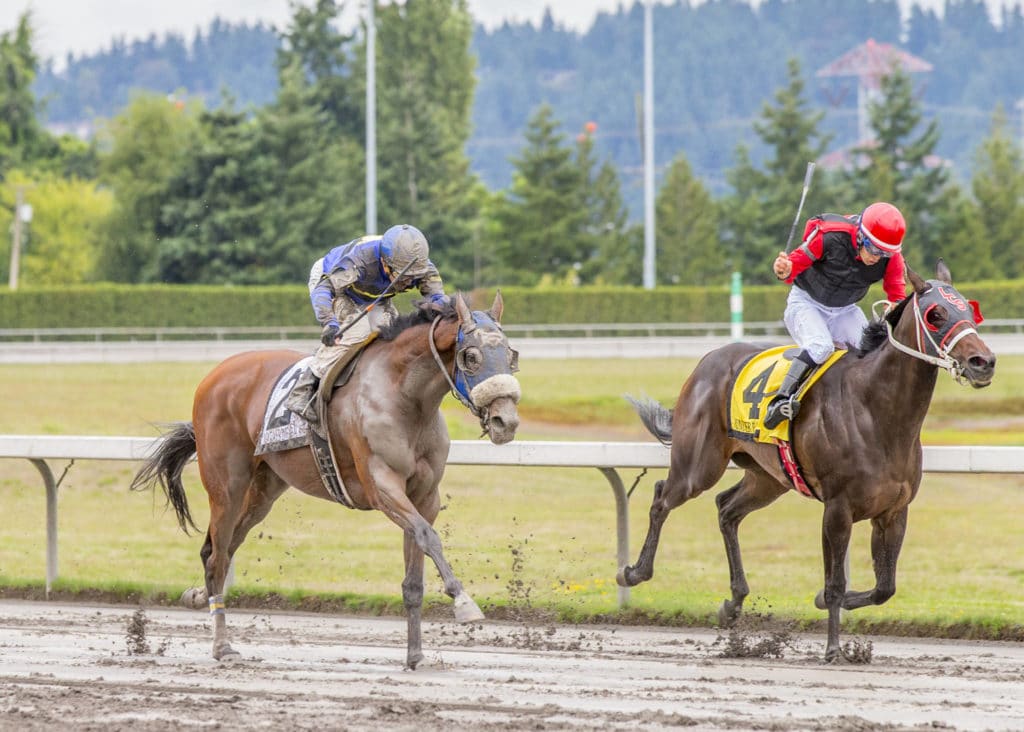 No Talking Back (left) surges past Under Par

In the $50,000 Washington Cup Filly & Mare Presented by Xpressbet, No Talking Back wore down Canadian invader Under Par in the final strides for a three-quarter-length victory.

With the victory, No Talking Back became the meet’s first triple stakes winner and has all but clinched honors as the track’s Top Older Filly or Mare. With Stevens riding, the 5-year-old mare has reeled off consecutive victories in the Boeing Stakes, Emerald Distaff and Washington Cup Filly & Mare. Sunday’s win was worth $26,400.

“She runs on any surface, and she’s getting better,” Stevens said.

“I love this mare,” Stenslie said. “She loves to train, she loves running, and I love having her at the barn.”

Dontkissntell, ridden by Ryan Barber, finished third and paid $3.40 to show. A 4-year-old Rosberg filly, Dontkissntell now has three Washington Cup placings in the last two years; she won the 2018 Sophomore Filly and was runner-up to Fly Far Away in the 2018 Filly & Mare.

Rounding out the order of finish were Bella Mia, Magical Spell, Fortune’s Freude and Suddenly Awesome.

No Talking Back and Under Par both went off at 2 to 1, but Under Par had about $700 more in the win pool.