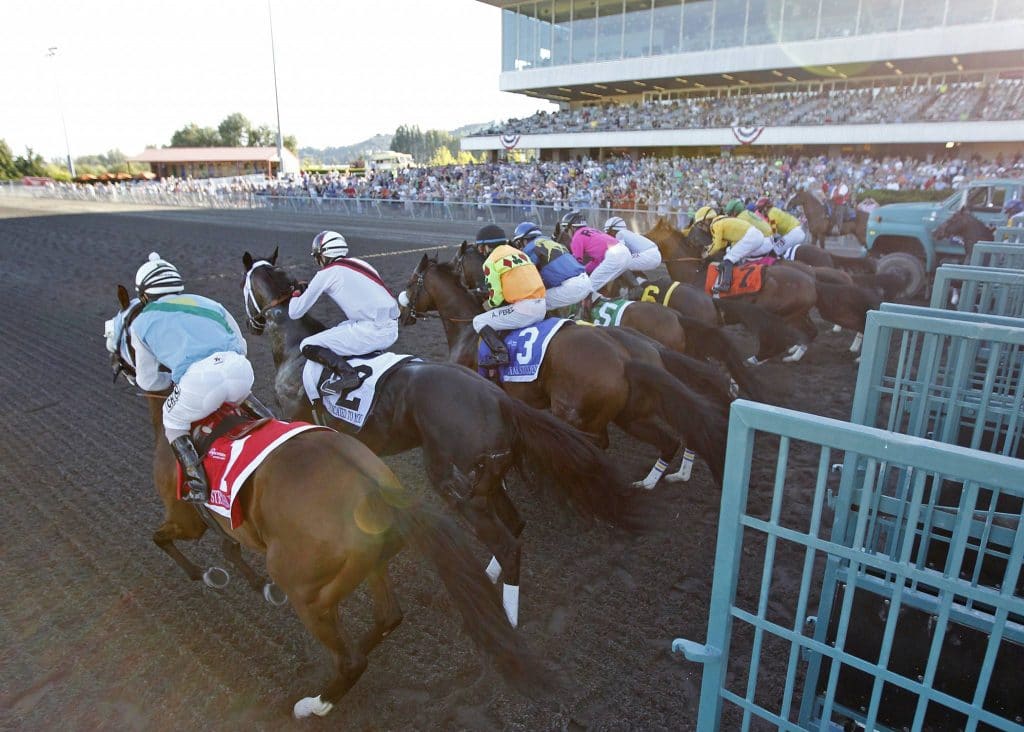 Off and running in the 2016 Longacres Mile

Shipped to Belmont Park for last Saturday’s $350,000 Kelso Handicap (G2), Point Piper failed to fire and finished a well-beaten fourth in the one-turn dirt mile, won gate-to-wire by Anchor Down ($6) in 1:32.90. Ridden by Mario Gutierrez, Point Piper broke a step slow but was in striking distance at the eighth pole but was out finished and beaten eight lengths while earning a 94 Beyer.

Trainer Jerry Hollendorfer was hoping to use the Kelso as Point Piper’s springboard to next month’s Breeders’ Cup Dirt Mile at Santa Anita. We’ll have to wait and see if the 6-year-old is pre-entered October 24.

Point Piper can make claim to one thing: he could be the first Thoroughbred ever to run in consecutive one-mile dirt races with a sub 1:33 winning time. Point Piper, of course, set a track and state record of 1:32.90 while winning the Longacres Mile (G3) on August 14.

Cyrus Alexander, runner-up to Point Piper in the Longacres Mile, fared better in his next start. Shipped to Philadelphia, the 4-year-old Medaglia d’Oro colt surged late for a head victory in the $150,000 Pennsylvania Derby Championship at Parx. Ridden by Rafael Bejarano, Cyrus Alexander ($5.60 ran 1 1/16 miles in 1:45.27 and earned an 86 Beyer.

Stryker Phd, of course, wheeled back two weeks after The Mile for a 5 ¾-length victory in the $50,000 Muckleshoot Tribal Classic. The 7-year-old Washington-bred gelding has logged a pair of recent works at Golden Gate including a bullet half-mile drill in :47 2/5. According to assistant trainer Sharon Ross, Stryker Phd is on course for the $100,000 Berkeley Handicap (G3) on Saturday November 26.

Emerald Downs appears set to have a strong presence this seasons at Turf Paradise. Three of the top 10 riders at Emerald in 2016—Erick Lopez, Eswan Flores and Isaias Enriquez—are riding at the Phoenix track, which opens its 130-day meeting Saturday and runs through Sunday, May 7.

The second choice at 5-2, 9-year-old Absolutely Cool is one of the greatest horses in Turf Paradise history, with a 10-7-8 record in 29 starts and $318,245 in earnings. Kaabraaj has run in three straight stakes in California after a four-race Emerald Downs campaign that included a track record 1:06.86 clocking for six furlongs in April. And Mike Man’s Gold had a brilliant season at Emerald Downs with four wins and over $35,000 in earnings. 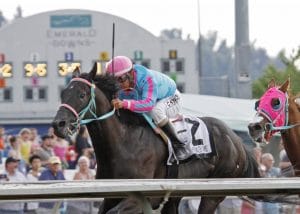 NOOSITO TO STUD AT EL DORADO FARMS IN 2017

Noosito joins Abraaj, Coast Guard, Private Gold and Raise the Bluff on El Dorado’s stallion roster.
At Emerald Downs, Noosito won stakes sprinting and routing and was named the track’s Top 3-Year-Old of 2014. He also was WTBOA Champion 3-Year-Old of 2014.

Owned and bred by Don, Kathy and Shawn Meneely of Kennewick, Heza Dasha Fire is the reigning AQHA World Champion and bids to become only the fourth repeat winner of the Champion of Champions.

Bh Lisas Boy, winner of the 2015 Bank of America Emerald Downs Championship Challenge, has finished runner-up to Heza Dasha Fire in two straight Grade 1 races and is 10-5-1 in 19 starts for owner-trainer Bill Hoburg.

Sorelli, unanimous choice as Top Quarter Horse at Emerald Downs in 2016, also continued her winning ways with a neck victory in the $9,500 Directors Handicap last week at Portland Meadows. A 4-year-old Oklahoma-bred filly, Sorelli ran 350 yards in 18.03 seconds and is 5-3-0 in eight starts this year for trainer Roddina Barrett and owners Tim Floyd and Kelly Dougan.