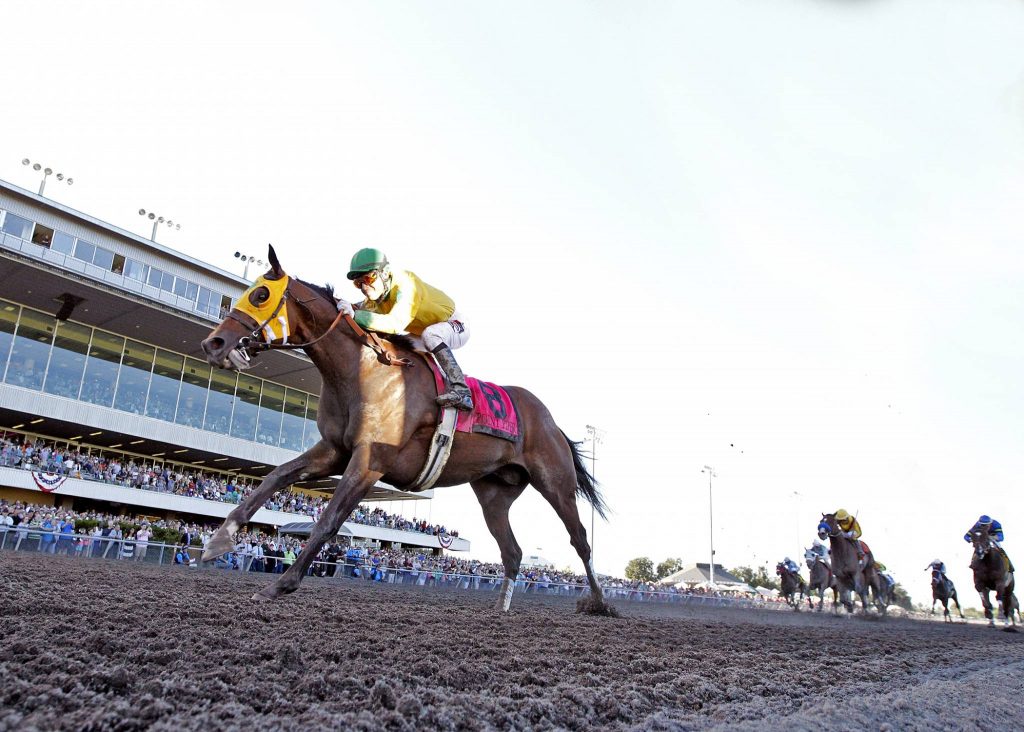 It looks like Emerald Downs will have a rooting interest in the 2016 Breeders’ Cup at Santa Anita.

Longacres Mile champion Point Piper is pre-entered in the $1,000,000 Breeders’ Cup Dirt Mile on Friday, November 4. The 6-year-old son of Giant’s Causeway is among 12 runners pre-entered in the Dirt Mile, a list including four 3-year-olds led by Kentucky Derby third-place finisher Gun Runner.

Point Piper has raced only once since The Mile, finishing fourth in the Kelso Handicap (G2) at Belmont Park, but continues to train steadily at Santa Anita, and four of his five career victories are at a mile, including his explosive track and state record 1:32.90 at Emerald Downs.

Dortmund, who was nominated and high-weighted at 126 lbs for the Longacres Mile, has apparently seen enough of California Chrome and will bypass the Breeders’ Cup Classic and also opt for the Dirt Mile, according to trainer Bob Baffert. Runhappy, winner of the 2015 Breeders’ Cup Sprint, also is being pointed to the Dirt Mile.

Entries for all 13 Breeders’ Cup races will be drawn Monday. 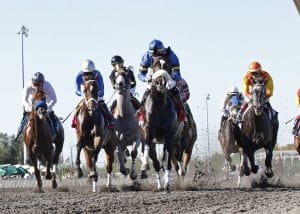 Perhaps a Pie, last seen winning the Emerald Distaff at 20-1, makes her first start on a synthetic surface Friday in a $29,000 allowance/optional claimer at Golden Gate Fields. With Leslie Mawing named to ride for owner Jody Peetz, Perhaps a Pie is 9-2 on the morning line and the only runner entered for the $62,500 tag.

Trained by Chris Stenslie at Emerald Downs, Perhaps a Pie is trained by Larry Ross in California and appears to be training well on the Tapeta surface, drilling a bullet five furlongs in 1:00 (best of 65) and a bullet half-mile in :47 2/5 (best of 94).

Coincidentally, the second and third-place finishers in the Emerald Distaff—Chronologic’sghost and All Star Bub—also race Friday in a $65,000 allowance at Santa Anita at 1 1/16 miles on dirt. They appear in tough, however as the Bob Baffert-trained Vale Dori—coming off a third to Stellar Wind and Beholder in a Grade 1—is 4-5 on Jon White’s morning line.

B C Z MIDDLETON MAKES SOME NOISE IN ARIZONA

B C Z Middleton, who defeated older fillies and mares in the $50,000 Washington State Legislators Stakes at Emerald Downs, did it again Saturday at Turf Paradise, rallying for a 1 ¾-length victory in the $30,000 Princess Of Palms Stakes at six furlongs on dirt.

Ridden by Eswan Flores for trainer Jeff Metz and owners William Burns and Rebecca Turcott, B C Z Middleton ran six furlongs in 1:10.52 and paid $5 as the betting favorite. A Kentucky-bred by Nobiz Like Shobiz, B C Z Middleton has topped $100,000 in career earnings and has come a long way since breaking her maiden for a $7,500 tag 13 months ago at Emerald Downs.

Incidentally, sophomore fillies from Emerald Downs are proving a strong group this year. Seattle Stakes winner Invested Prospect has beaten B C Z Middleton three times in 2016, including twice this fall at Golden Gate, and is 6-0-0 in seven career starts with earnings of $108,150 for trainer Blaine Wright and owners John and Janene Maryanski and Gail and Gerald Schneider. 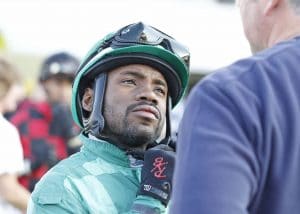