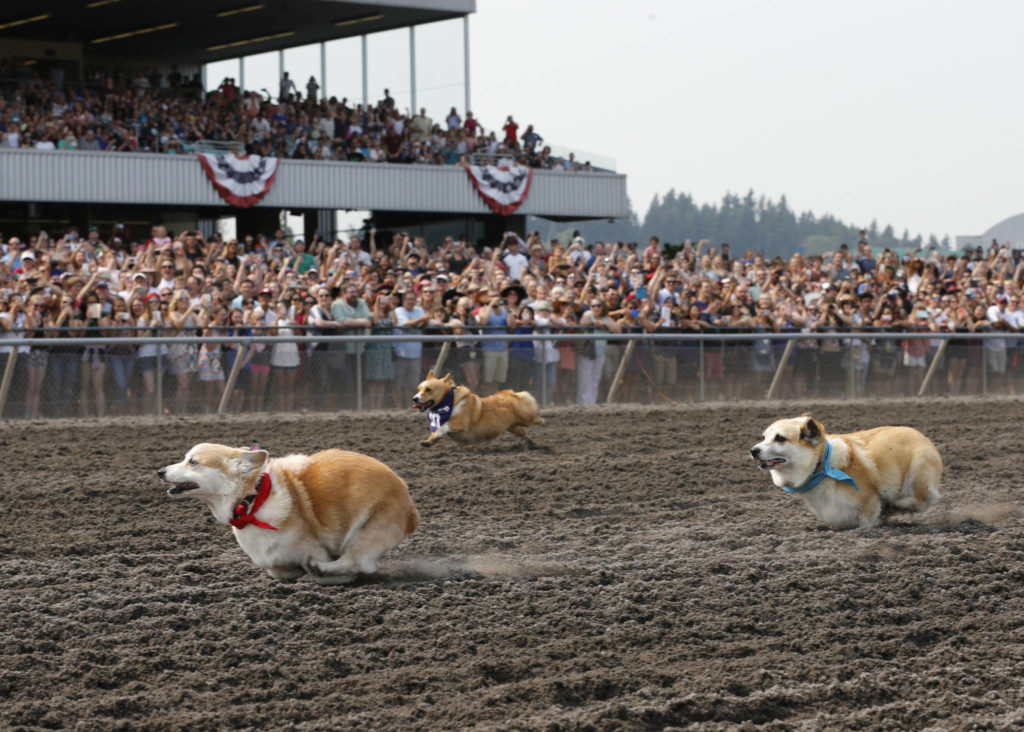 “We strive to put on a good show and were very pleased to see so many people come to our facility,’’ Emerald Downs President Phil Ziegler said. “Our live racing product is always very important, but we also tried to provide exciting and interesting promotions for our fans.”

The annual Fireworks Spectacular on Monday, July 3, led the way with the biggest on-track crowd in over five years, while the Corgi Races on Sunday, August 6, were a phenomenal success and nicely complemented the Wiener Dog and Wannabe Races, which drew 6,418 on Sunday, July 9. Camel and Ostrich Races, another first-time event, also were a giant hit drawing 8,751 on Sunday, May 21. 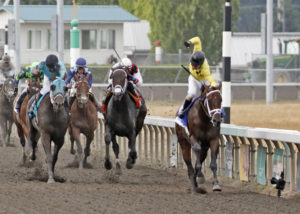 The Longacres Mile was popular nationwide

Longacres Mile Day, Sunday, August 13, was a smashing success with horseplayers across the nation. The11-race card, which included a unique $0.50 Pick 4 combining two races from Emerald Downs and two from Saratoga, handled a meet-high $2,851,898. John Parker’s homebred 4-year-old Gold Rush Dancer captured the 82nd running of the Northwest’s biggest race by 4 ¾ lengths in 1:33.85.

After a rainy spring, Emerald Downs experienced great weather throughout the summer with sunny skies for 52 of the 72 racing days and only two “off” tracks the entire meet.

“We had unprecedented rainfall during February and March, and it was difficult for horsemen to get horses ready to race,” Ziegler said. “In fact, we added two extra racing days because of the lousy spring. Once the season began, however, we enjoyed outstanding weather pretty much the entire meeting.”

On the racetrack, jockey Rocco Bowen and trainer Blaine Wright captured their second straight titles with 126 and 53 wins respectively, and R.E.V. Racing’s Mach One Rules won three stakes and was voted 2017 Horse of the Meeting, Top Handicap Horse and Top Washington-bred.